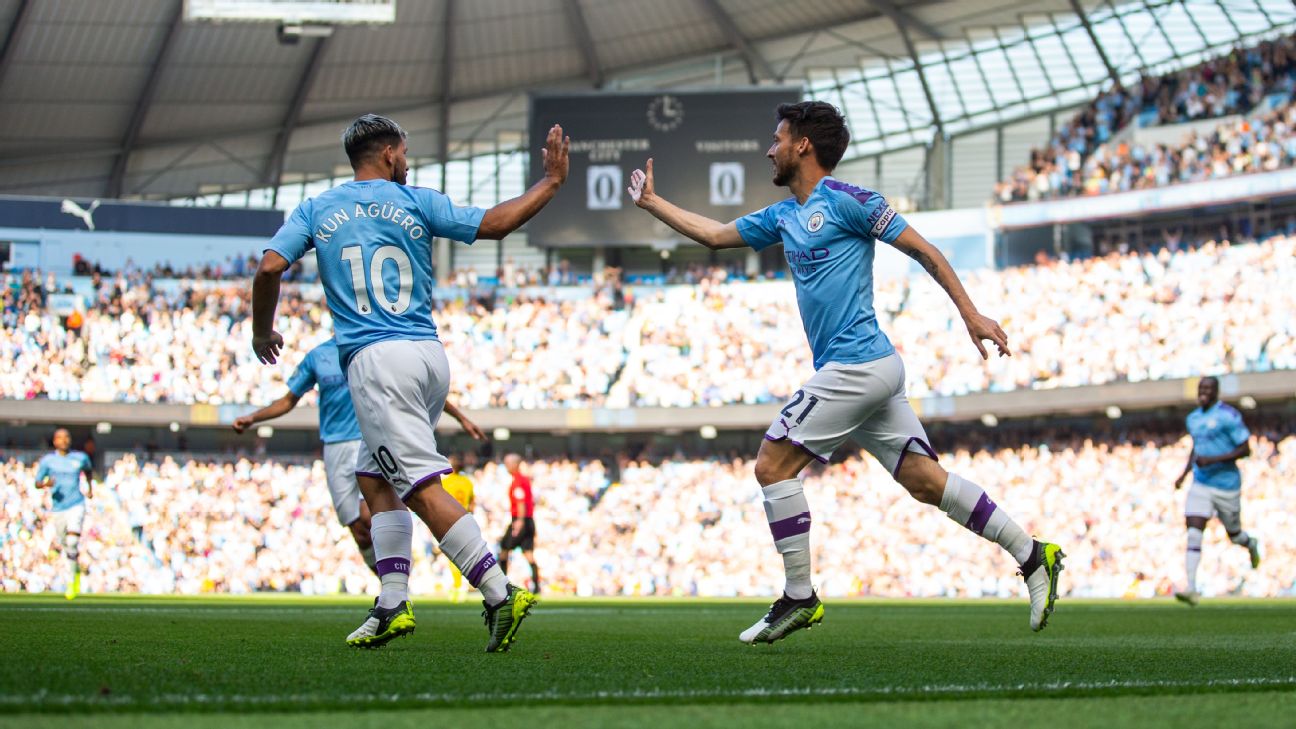 Manchester City’s 8-0 win over Watford was a “joy to watch” after the shock loss to Norwich last weekend, manager Pep Guardiola said.

City came within one goal of equalling the all-time Premier League record for a scoreline on Saturday as Bernardo Silva scored a hat trick, with David Silva, Sergio Aguero, Riyad Mahrez, Nicolas Otamendi and Kevin De Bruyne also on the scoresheet.

With five goals in 18 opening minutes, and the first coming after 52 seconds, City blew Watford away but were unable to reach Manchester United’s Premier League record 9-0 defeat of Ipswich in 1995.

“It is weird, it is not normal,” Guardiola said of his side’s start at his news conference. “Five shots, five goals. In the same time we gave them two chances to score two goals that we were lucky in this time it didn’t happen when in the past it sometimes happened. But the quality of the players up front made the difference, so the quality that we have is a joy to watch.

“After 5-0, the game is completely different. Analyse after that, the mood one team, the mood the other team. The relaxation you play with, the tension they play with, so it’s difficult to say.

“We were ruthless in terms of five shots, five goals. Sometimes we shoot 25 times or 15 or 20 and you cannot do it. So, after the Champions League and a huge trip back home, no time to prepare, rest and everything. It was a lovely day for all of us, for our City fans, a lovely day in the sunshine and a lot of goals.”

Watford boss Quique Sanchez Flores, taking charge of only his second match since returning to the club, could only apologise for his side’s performance.

“Well, first (we need) to say sorry to the fans because they came to the stadium waiting for a good performance from the time,” he said. “It was very difficult to be on the pitch today. After 30 seconds, we realised it will be maybe tough. After 10 minutes, it was really very, very difficult. And after 15, it was impossible to play like this.

“If you say you are going to play against Manchester City and you are going make many mistakes, of course it will be very tough for us.

“We did in different ways. Not always the same. We concede the first five goals all in different ways, so it is probably because we were slowly or always behind the ball or the decisions of the players. We need to accept the situation.”