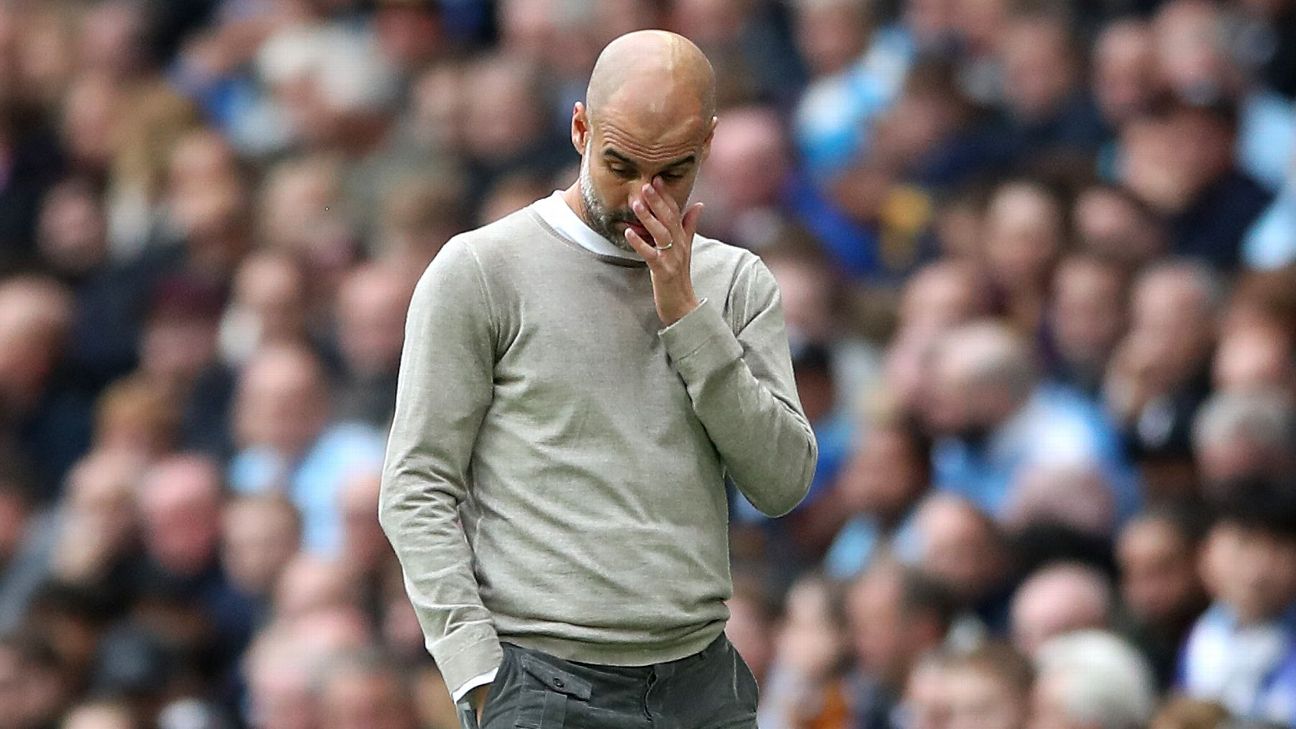 MANCHESTER, England — Pep Guardiola has said his Manchester City team make too many mistakes to be considered Champions League contenders.

City face Atalanta at the Etihad Stadium on Tuesday looking to make it three wins from three in Group C.

The Premier League champions are favourites to lift the trophy in Istanbul in May ahead of Barcelona, Liverpool and Bayern Munich but Guardiola sees too many flaws to believe he is on track to win the competition for a third time after success with Barcelona in 2009 and 2011.

“The Champions League will be won in the boxes and so far we haven’t been very strong in the boxes,” Guardiola told a news conference on Monday.

“We have made mistakes that we shouldn’t make at this level.

“I am very confident. I have full trust in my team but I also know there are a lot of other teams that are very strong and which can also win the Champions League.”

But he has never been beyond the quarterfinals of the Champions League and his struggles in the competition have become a theme of an otherwise successful spell in England.

“I answered this question so many times,” he said. “I answered the first time when I arrived here four years ago.

“We are going to try [to win the Champions League]. If we don’t win, we will try again next year. I never played one game as a player or manager thinking I cannot win. At the same time, I played every game thinking I can’t lose so I don’t know. We try from day one until the last day.

“Little margins are the difference in the Champions League. We are working on it. I really believe these situations is about the mentality.

“It was always like this. We’ve got to think, to know when things are dangerous. When we talk about boxes it’s always the defence but it is in front too. That is where we have to improve.

“In Europe teams don’t give you 20 chances. The players know this. We’ve spoken many times about it. After creating chances you have to be solid, you cannot give away the goals we’ve given this season.”

Guardiola is hopeful having Nicolas Otamendi and Kyle Walker available to face Atalanta, third in Serie A, after they missed the 2-0 win over Crystal Palace on Saturday.

The pair returned to training on Sunday and could feature alongside John Stones, who came off the bench at Selhurst Park after missing a month with a thigh problem.

If Walker does not make it, Joao Cancelo could continue at right-back with Benjamin Mendy or Oleksandr Zinchenko at left-back.

“I’ve been aiming to win this competition since I was a child,” Cancelo said.

“I came here because it is my type of football. Manchester City is one of teams that can win the Champions League there is no doubt about it.

“Pep Guardiola is the best manager in football today. I came here to learn from him and I think when I play for him I always learn something.”