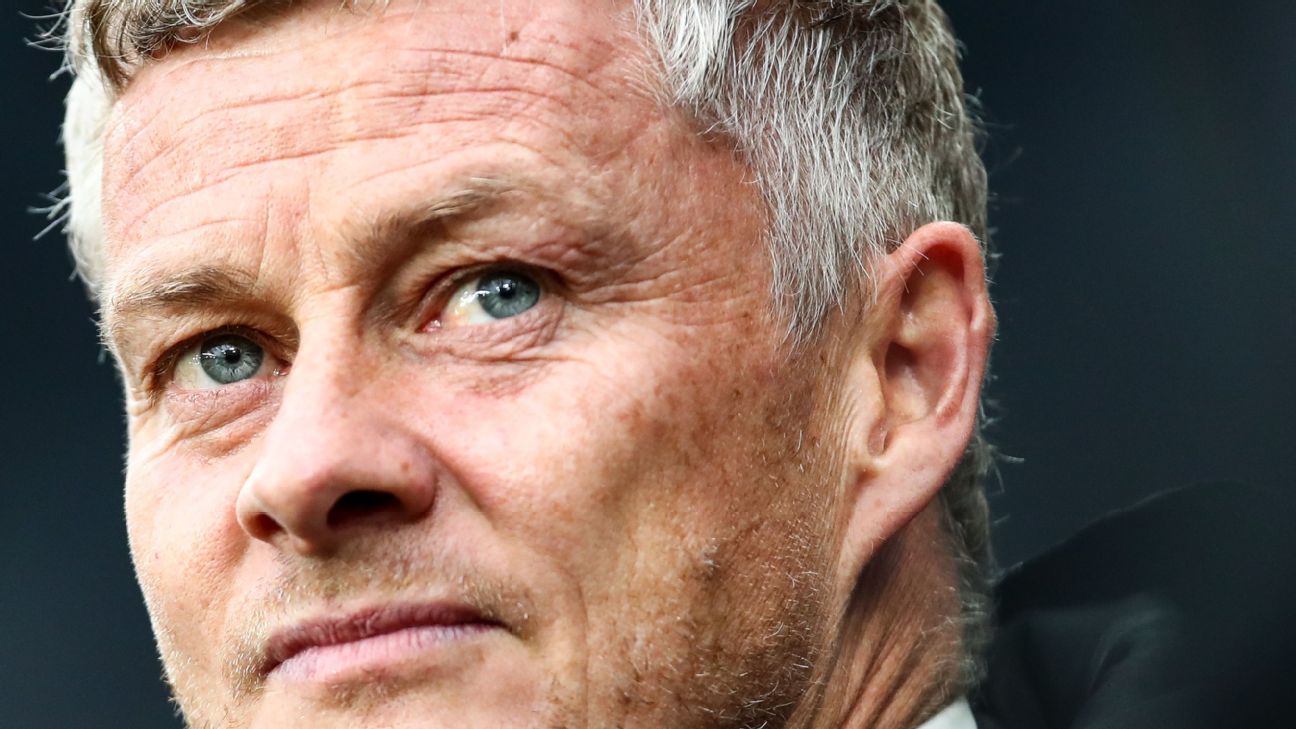 Even before a ball was kicked, Manchester United bosses expected a hard season in 2019-20.

Everton more than matched the asking price to loan defender Marcos Rojo on deadline day but the deal was canned at the last minute over fears that Marco Silva already had a stronger squad. Chris Smalling was told he could not move to Goodison Park but was allowed to join Roma.

Privately, Silva accused United of sabotaging Everton’s season before it had started by leaving him with just two senior centre-backs, one of whom (Yerry Mina) only managed 10 league starts in 2018-19 because of injury. Executive vice-chairman Ed Woodward and the Glazers would ultimately be wrong about Everton — they’re 17th after eight games — but they were right about United.

– O’Hanlon: Who are the best shooters in soccer?
– Tim Howard: A final goodbye to my fans
– Hunter: Busquets’ days appear numbered at Barcelona

Ole Gunnar Solskjaer’s team are 12th in the table, two points above the relegation places, after Sunday’s 1-0 defeat at Newcastle. Woodward has promised Solskjaer time to complete a rebuild that only began in the summer and not allow himself to be influenced by “short-term distractions” but after such a poor start, the question is simple. How much more can he take?

There’s an acceptance within the club that Solskjaer has been left with a squad seriously short in midfield and up front. He decided to jettison Romelu Lukaku and Alexis Sanchez for the good of the dressing room because both had made it clear they wanted to leave, becoming increasingly distant and withdrawn from the rest of the group. Money was available for a replacement for Lukaku, but Solskjaer decided against bringing in a short-term fix even as long-term targets were unavailable.

The current injury crisis is another mitigating factor. Of the team that beat Chelsea 4-0 on the opening weekend of the season, six were absent against Newcastle. Paul Pogba has missed five of the past seven games with an ankle injury. Anthony Martial, identified during preseason as the first-choice centre-forward, has been sidelined since August with a thigh problem.

Behind the scenes, Woodward has spoken of “fine margins” like penalty misses against Wolves and Crystal Palace, and penalties that weren’t given against Arsenal and AZ Alkmaar. The fact remains, however, that in two weeks’ time, United could find themselves in the bottom three.

The 2019-20 campaign already marks their worst start to a season for 30 years. A return to the top four looks unlikely and a second successive season without Champions League football would see the annual payment from kit supplier, Adidas, reduce by 30 percent to around £20 million.

Solskjaer is aware he has gambled on the good will of Woodward and the Glazers. The story goes that while United fans were apoplectic at the club’s transfer business in the summer of 2013, the manager, David Moyes, was far more relaxed. With the security of a six-year contract, his approach would be “evolution rather than revolution” but while he thought there would be plenty of time for change, he was sacked after just 10 months.

Solskjaer has improved the defence — United have the fourth-best defensive record in the league through eight games — but he will need at least one more summer window to fix everything else. However, even those around him accept a heavy defeat to Liverpool at Old Trafford after the international break could end his reign though a recent report suggested that the club had already written that match off as a loss and were more concerned with a positive result against Norwich.

If it does, Solskjaer will leave with more than a few frustrations. For example, his concerns in the summer that deals were taking too long to get over the line. Discussions for players were never done simultaneously, with chief negotiator Matt Judge instead telling targets they were “next on the list” once the latest deal had been completed. It meant they ran out of time when it came to signing a striker and despite Solskjaer making it clear he wanted five new players to improve the squad’s quality and depth in the summer, he ended up with three (Aaron Wan-Bissaka, Daniel James and Harry Maguire).

Funds will be made available in January but there are doubts the right players can be brought in midway through the season.

The Norwegian has remedied some problems he encountered when he took over from Jose Mourinho 10 months ago — the team leaks that would anger Mourinho have stopped — but other issues remain. There are unhelpful divisions in the dressing room and when a meal in Manchester was organised after the Carabao Cup tie with Rochdale, some players opted to attend despite another disappointing performance while others decided it was inappropriate to be seen out on the town after a 1-1 draw with team near the bottom of League One.

There are also concerns among some senior players that the youngsters thrown in by Solskjaer are not ready to play such a key role. The inexperience of Mason Greenwood, Tahith Chong and Angel Gomes is in contrast to Frank Lampard‘s core of young players at Chelsea (Tammy Abraham, Mason Mount and Fikayo Tomori) who have made 340 senior appearances between them. Meanwhile, the muscle injuries that decimated the squad in March have not been eradicated and Martial (thigh), Luke Shaw (hamstring) and Jesse Lingard (hamstring) all missed the defeat at St James’ Park on Sunday.

Solskjaer has styled himself as a manager rather than a coach and besides shouting “let’s see if you can get to 20” during the Rondo passing drills, much of the work on the training pitch is left to Kieran McKenna, who was looking after the Under-18s little more than a year ago. This lack of hands-on instruction has a trickle-down effect: opposition coaches say United are so predictable going forward that the way to beat them is to sit back, soak up pressure and counter attack. Newcastle’s goal on Sunday came from a United corner.

Woodward and the Glazers were prepared for a difficult season but no away win since March and five wins and just 18 goals scored in 21 games as permanent manager is pushing the limits of what is acceptable. Match-going fans will never turn on a man who played for the club with such distinction en masse but there are rumblings about a manager many in Norway felt did not deserve a new contract at Molde before United came calling.

For now, Solskjaer retains enough support within the corridors of power at Old Trafford but he is well aware that Woodward has shown an itchy trigger finger in the past. A defeat to Liverpool on Oct. 20 would further test that patience.