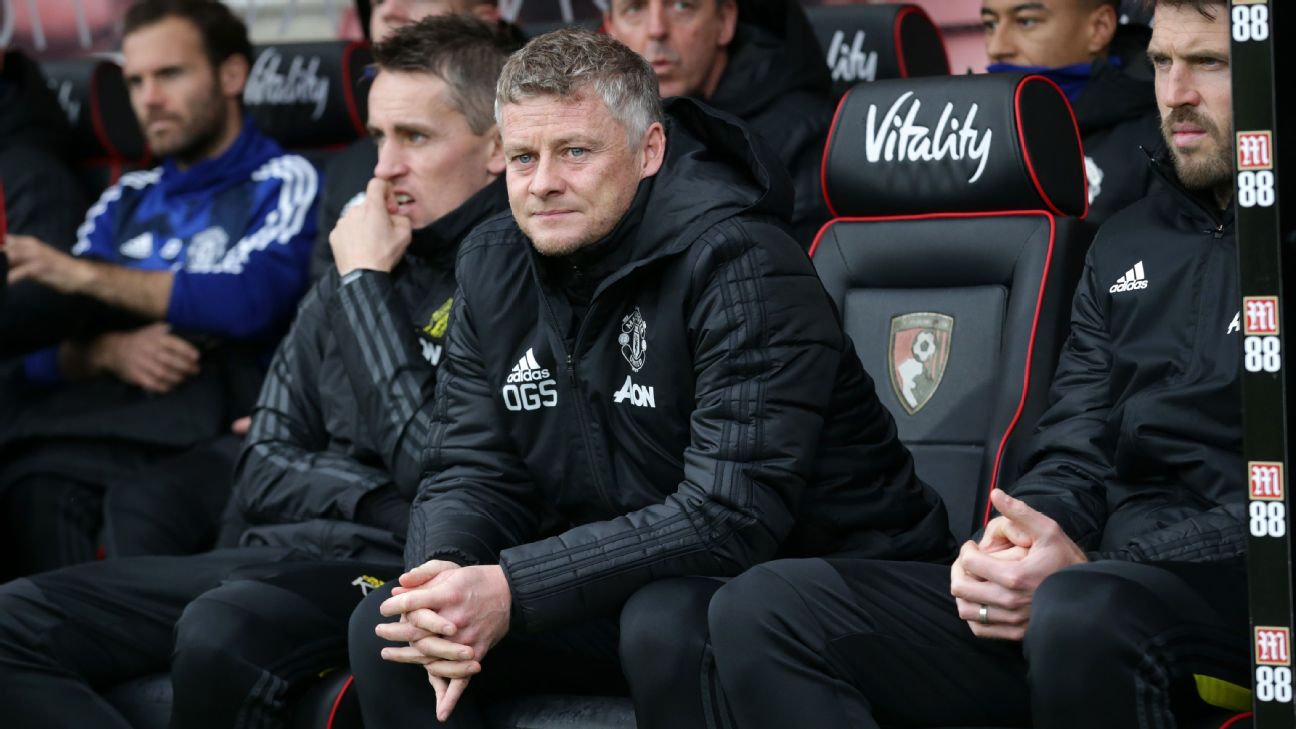 BOURNEMOUTH, England — As the Bournemouth players departed the pitch after the final whistle, with broad smiles and hearty congratulations, it felt pretty churlish to suggest that beating Manchester United is nothing special these days. But how can it be considered a big deal to defeat a team that have lost to Crystal Palace, West Ham and Newcastle this season, and have failed to beat Southampton and Wolves?

Throw in dropping points to relegated Cardiff and Huddersfield in the final two games of last season and harsh as it might seem, it’s impossible to view a Man United defeat as anything other than pretty routine.

Bournemouth undoubtedly played well in Saturday’s 1-0 win, and manager Eddie Howe was rightly delighted to collect their first league win since the middle of September, but the point is that they didn’t really have to do anything special to win on Saturday. They defended well, Nathan Ake in particular, while Ryan Fraser and Harry Wilson looked sparky on each flank and Joshua King took his goal — Bournemouth’s first in 354 minutes of Premier League football — superbly.

But in doing all of that, they didn’t encounter any significant opposition. United were desperately passive throughout, with examples dotted throughout the game.

There was a moment early in the second half when a United attack was snuffed out and both Diego Rico and Fraser were allowed to head the bouncing ball clear with no challenges in sight. A short time later, Fraser was allowed to bring down a punt from Aaron Ramsdale with three or four United players within five yards of him, though none of them even made a move towards him. It happened in the first half, too: Harry Maguire and Victor Lindelof caused blood pressure spikes in youth coaches everywhere when they allowed a long ball down the middle to bounce, for no apparent reason. When Ashley Young shouted his disapproval, Maguire vaguely gestured at the sky as if the rainy and blustery conditions were a surprise.

It wasn’t confined to United’s defenders, either, as their forward line wasn’t exactly bursting with intensity. “The front four looked promising but flattered to deceive a little bit,” admitted Solskjaer afterwards. “It looked like we could create chances but didn’t have the last pass or finish.”

And, of course, the most damaging example came with the goal, scored by former United player and Solskjaer protege Joshua King. He was allowed to control a bouncing ball in the box, assess his options, turn and hook his shot past David de Gea with only a loose sense that his marker Aaron Wan-Bissaka, and indeed the whole United backline, were keen on stopping him.

This sort of thing happened so often that you started to think it was a deliberate strategy but as bad as the decision-making has been at Old Trafford over the last few years, you’d hope letting the opposition do as they pleased wasn’t the plan.

“Maybe,” said Solskjaer when asked if United’s intensity levels were down. “But I don’t think it’s the effort or wanting to do well. It’s natural when you play Wednesday night, then the early kick-off on Saturday, that the physical stats might be affected. Maybe that’s my mistake: maybe I could have played a couple of others with fresh legs, but I thought the ones that won at Norwich deserved another chance.”

Fatigue was naturally a factor, but that doesn’t really explain the whole defence standing politely and watching King, who was coached by Solskjaer in the United youth ranks years ago, spin and score the only goal of the game. While he did admit United could have defended the goal better, Solskjaer described it as a “moment of magic.” It’s true to a point, but United handed King the wand, the hat, explained how to make the rabbit appear and didn’t crowd him while he did.

It probably tells you plenty about the drop in expectations at United that several references were made in the pre- and post-match discussions to the good spell they had enjoyed before this game. If you hadn’t paid attention to the previous few fixtures, you might think they had been on a rapacious tear through the league when actually they frustrated Liverpool, beat Partisan Belgrade in the Europa League (one of four losses in five for the Serbians), defeated relegation candidates Norwich who essentially finished that game with eight fit players on the pitch, and then bested Chelsea’s reserves in the Carabao Cup.

It was better than the alternative, but the idea that the past few weeks have represented a brave new world at United is generous at best.

There was a similar theme in Solskjaer’s comments. “It’s a test of character when you come to places like this,” he said, implicitly admitting they had failed said test, before damning his players with the faintest of praise. “[We were] 1-0 down at half-time, I thought the response in the second half… at least we went for it, we didn’t stop trying. But it was the lack of quality that couldn’t give us a point or three.”

Solskjaer is a naturally positive character, but praising his men for not giving up when 1-0 down to a side who hadn’t scored in their previous three-and-a-half games, feels like reaching to turn a negative around. “We’ve had a good period going into this game,” Solskjaer said. “Now we’ve got to react to a defeat, and I’m sure we will. We need a response, because games like this you need to win if you want to challenge for the top four.”

The nature of the division means United could still easily make those Champions League places, in theory. But if they’re as limp and passive as they were against Bournemouth, it feels like a pipe dream.