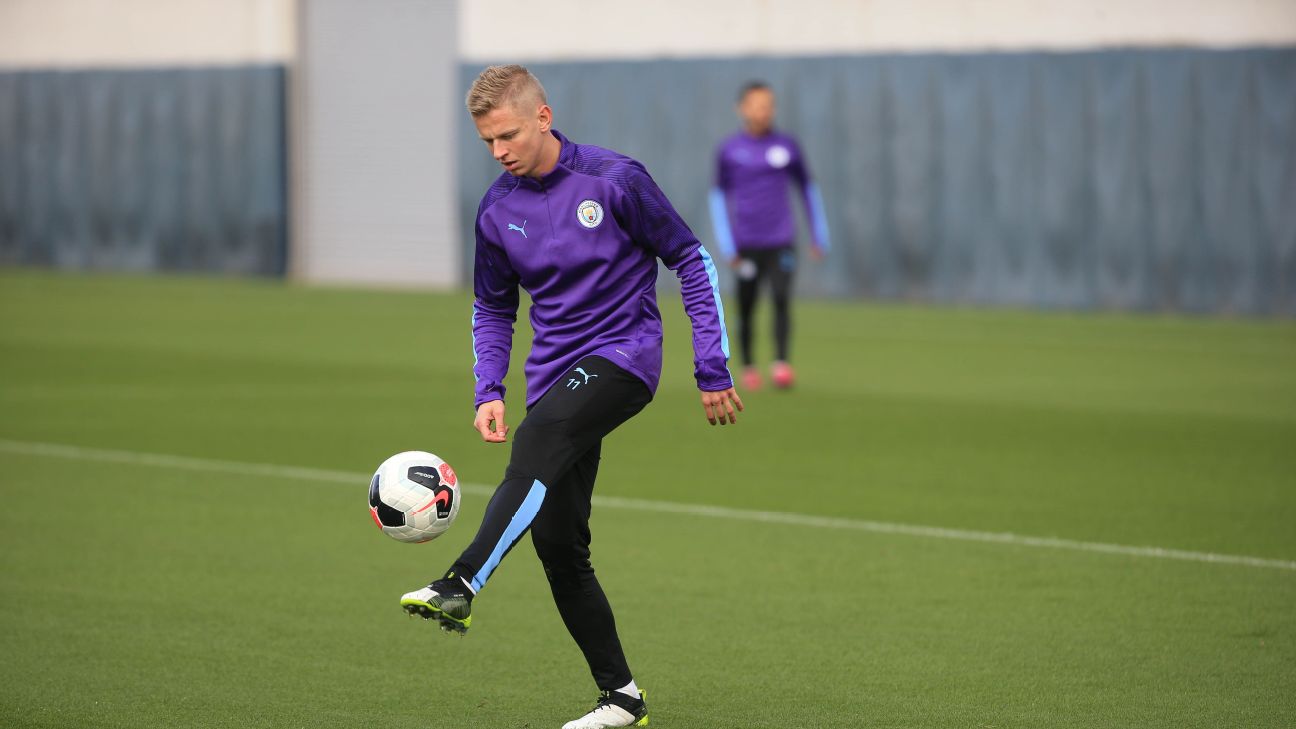 Guardiola is already without Leroy Sane and Aymeric Laporte as they nurse long-term knee injuries and he has now lost left-back Zinchenko and midfielder Rodri until after the next international break.

Zinchenko is set to miss six weeks after undergoing knee surgery in Barcelona while Rodri suffered a hamstring injury during the Champions League victory over Atalanta on Tuesday.

City meet Liverpool for the first time this season when they travel to Anfield on Nov. 10.

“Oleks had a contact with the knee and felt something in the bone,” Guardiola told a news conference on Friday ahead of Aston Villa’s visit to the Etihad Stadium.

“He’s had to stop for five weeks. He’s had some surgery to clean up the knee. It’s not a big issue but he’ll be out for five or six weeks. After the international break [Rodri] will be ready again.”

Villa are unbeaten in their last three league games, a run that has pushed Dean Smith’s side up to 12th in the table.

Brazilian midfielder Douglas Luiz is likely to be in the visitors’ squad after his summer move from the Etihad.

A work permit issue prevented the 21-year-old, who has scored twice this season, from featuring for City following a move from Vasco da Gama in 2017 and Guardiola insists had things been different he could have been lining up against Villa on Saturday.

“He would be here if a work permit were possible, if the Premier League said it would be possible but now he is at Aston Villa,” Guardiola added.

“We have an option to get him back but sometimes life is like this. We wanted him because last season we had problems in that position because we didn’t buy a holding midfielder.

“We wanted him before so we thought about it but the rules with the work permit meant it was not possible. I thought he would be here, with the preseason he played last year in the States, he was really good. I think he had the quality to play with us but he could not do it.”