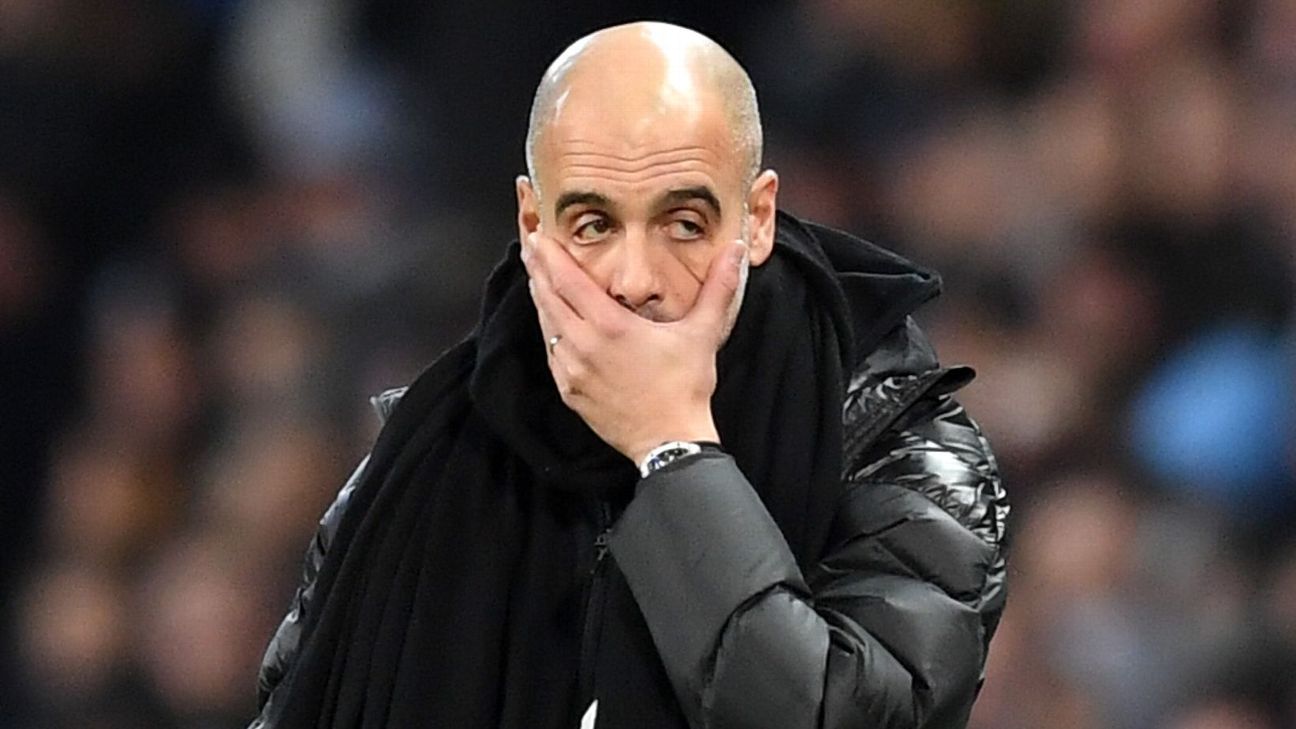 Manchester City must accept that they may not be able to compete with the top teams in Europe at the moment, manager Pep Guardiola has said.

City’s 2-1 defeat by Manchester United in the Premier League on Saturday was their fourth of the campaign and left the defending champions third — 14 points behind leaders Liverpool.

Guardiola’s side were ripped apart by United on the counter-attack and they looked a shadow of the side that won the domestic treble last season.

“That is the level we face, against Liverpool, United, Barcelona, Madrid, Juventus — they are the teams we have to face and the reality is maybe we are not able now to compete with them,” Guardiola told Sky Sports.

“We have to improve and accept it and move forward. Maybe we need to live that as a club to improve, to accept the reality now and improve.”

City’s backline has been ravaged by injury, with Guardiola fielding defensive midfielder Fernando in central defence in recent games.

“The reality is we are 14 points behind for the mistakes we have done, for the quality of our opponents and especially, as well, the things we cannot control,” he said.

“We are at the beginning of December and we have other competitions to play in and other games to fight and improve on.”

City are back in action on Wednesday when they visit Dinamo Zagreb in the Champions League, where they have already sealed progress to the knockout rounds as Group C winners.

Sources: Mbappe an injury doubt to face Bayern
Aaronson makes most of USMNT debut despite scoreless effort vs. Colombia
Who is Chelsea’s new €120m midfielder, Enzo Fernandez?
The European teams that have defied the odds since World Cup break
Ten Hag urges Utd to strike before Jan deadline