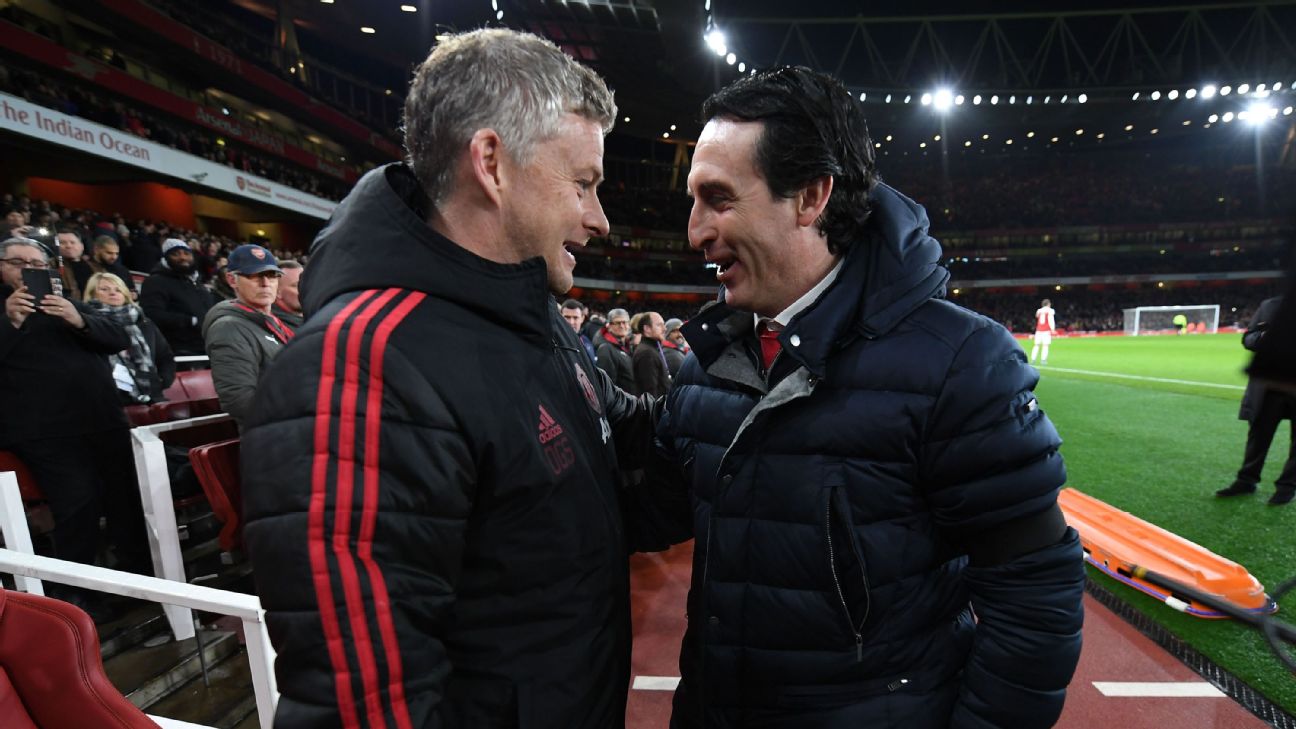 Manchester United against Arsenal was once the biggest fixture in the Premier League — a clash between two heavyweights that defined the competition and forged the reputations of Sir Alex Ferguson and Arsene Wenger, Roy Keane and Patrick Vieira and many others. But when the two clubs meet at Old Trafford on Monday, it will be encounter between two giants who have lost their way, with a game that used to decide the title now potentially a battle to avoid the dubious distinction of finishing sixth.

Between 1996 and 2004, the two clubs won nine titles between them, but United have not lifted the Premier League trophy since 2013, while Arsenal’s drought stretches back to when the “Invincibles” were crowned champions in 2004 without suffering a league defeat.

So, as they prepare to renew hostilities on Monday, what has caused the decline for each club and how long will it take United and Arsenal to get back to the top?

Why has it gone wrong?

Complacency, poor planning and bad decisions, stemming back to Sir Alex Ferguson’s retirement in May 2013, were the root cause of United’s current malaise. There was a misguided belief within Old Trafford that a post-Ferguson slump would be a short-term blip, extending to little more than a year or two without a major trophy, but that complacency fed into the poor forward planning and United allowed themselves to fall behind their rivals while they waited for something to happen.

But having fallen off the pace, United threw money at the problem, making several ill-judged signings — Angel Di Maria, Bastian Schweinsteiger, Alexis Sanchez to name just three — and are now onto their fourth permanent manager since Ferguson, with the club marooned in the doldrums.

Arsene Wenger’s reign as manager ran perhaps three years too long, despite the obvious need for change during the final seasons of the Frenchman’s 21-year spell in charge. But the move to the Emirates Stadium from Highbury in 2006, while crucial for the club’s growth, hit Arsenal hard from a financial perspective and forced the sale of top players such as Cesc Fabregas, Samir Nasri and Robin van Persie.

Wenger failed to successfully replace those stars, with Arsenal unable to compete with the likes of United, Chelsea and Manchester City in the transfer market. But if he had been replaced earlier, the drift of his latter years could have been avoided, thereby leaving the club in a stronger position.

Changes that need to be made

There are problems in every area of the pitch, and United must also find a way to address the recruitment failings that have led to their squad being so imbalanced and light on quality. The club have been looking to hire a technical director, charged with improving player recruitment, for almost a year, but until that key appointment is made, they will continue to miss out on the best players. In terms of what manager Ole Gunnar Solskjaer needs, it may take three to four transfer windows to make United’s squad competitive again; a well-connected technical director could reduce the time required.

Arsenal are ahead of United in terms of their recruitment structure, having reshaped that area of the club during the final years of Wenger’s reign with the appointment of Raul Sanllehi as head of football. Unai Emery has yet to impose a clear tactical plan since replacing Wenger over a year ago, however, and the rebuilding work at the club is unlikely to bear fruit until he can find a way to make his team play. Right now, it is little different to the final days of Wenger: Exciting going forward, but weak at the back.

Players they should get

The squad lacks players in their prime — top performers in their mid-20s, who can be relied upon to stay fit and deliver consistently — and the lack of experience is beginning to show. A proven centre-forward, a top-class No. 10 and a commanding midfielder should be the priority signings, but Solskjaer’s squad needs reinforcements in every position, either as first-choice or cover.

If United still possess the clout and ambition to sign the best, they should be targeting Christian Eriksen, Declan Rice and a proven scorer who will hit 20 league goals a season.

They are blessed with quality up front following the acquisitions of Pierre-Emerick Aubameyang, Alexandre Lacazette and Nicolas Pepe, but Arsenal need players who are equally impressive at the back. There is no commanding centre-half or a midfielder with the ability to control the tempo of a game.

James Milner and Sergio Ramos may be the wrong side of 30, but in terms of short-term signings, who would improve the mentality of the squad at the same time as toughening up defence and midfield, both could be smart signings if they became available. Like United, though, Arsenal need ready-made performers in midfield and defence.

Goals. United simply don’t score enough of them, having netted just 18 in their last 20 games. Selling Romelu Lukaku and loaning Alexis Sanchez, both to Inter, has left Solskjaer desperately short of firepower, with only Marcus Rashford, Anthony Martial and 17-year-old Marcus Greenwood remaining. United simply have to sign a centre-forward — maybe two — in January.

Defending. Last month’s 2-2 draw at home to Spurs highlighted Arsenal’s attacking strength and defensive weakness, just a week after Liverpool exposed their frailties at the back. The addition of David Luiz has done nothing to improve Arsenal’s defending, so they need new personnel and more work by Emery on the training ground.

Finding a technical director is a priority, but the running thread throughout United’s decline over the past six years has been Ed Woodward, the executive vice-chairman. Players and managers have come and gone, but Woodward remains in charge of running the club and, quite frankly, his position should be under greater scrutiny. United’s owners, the Glazer family, remain loyal but his results in the job have been as bad, if not worse, than any of the managers he has hired and fired.

The ownership of Stan Kroenke has coincided with Arsenal’s decline as a major force in the Premier League and, although the club spent more than usual in the transfer market this summer, they continue to trail behind their trophy-winning rivals when it comes to investment. If the Gunners are to get back to the top, Kroenke must sanction an increase in spending on players, otherwise the team will continue to drift.

How long will it take to get back to the top?

The Glazers are committed to a three-year rebuild at Old Trafford, but from their current state, it seems highly optimistic to expect a United title challenge in time for the 2021-22 season. If everything goes to plan and if Manchester City and Liverpool hit the skids, United might be competitive within three years, but with such a poor squad, it may yet be at least five before they challenge to win the league.

If Emery can build a solid defence, Arsenal could challenge for honours within the next two years because they possess a potent goal threat. They not only need a full defensive rebuild, though, but also require a change of mentality at the Emirates and that will not be a quick fix, so Arsenal are looking at a three-year wait because there will inevitably be bumps along the road.