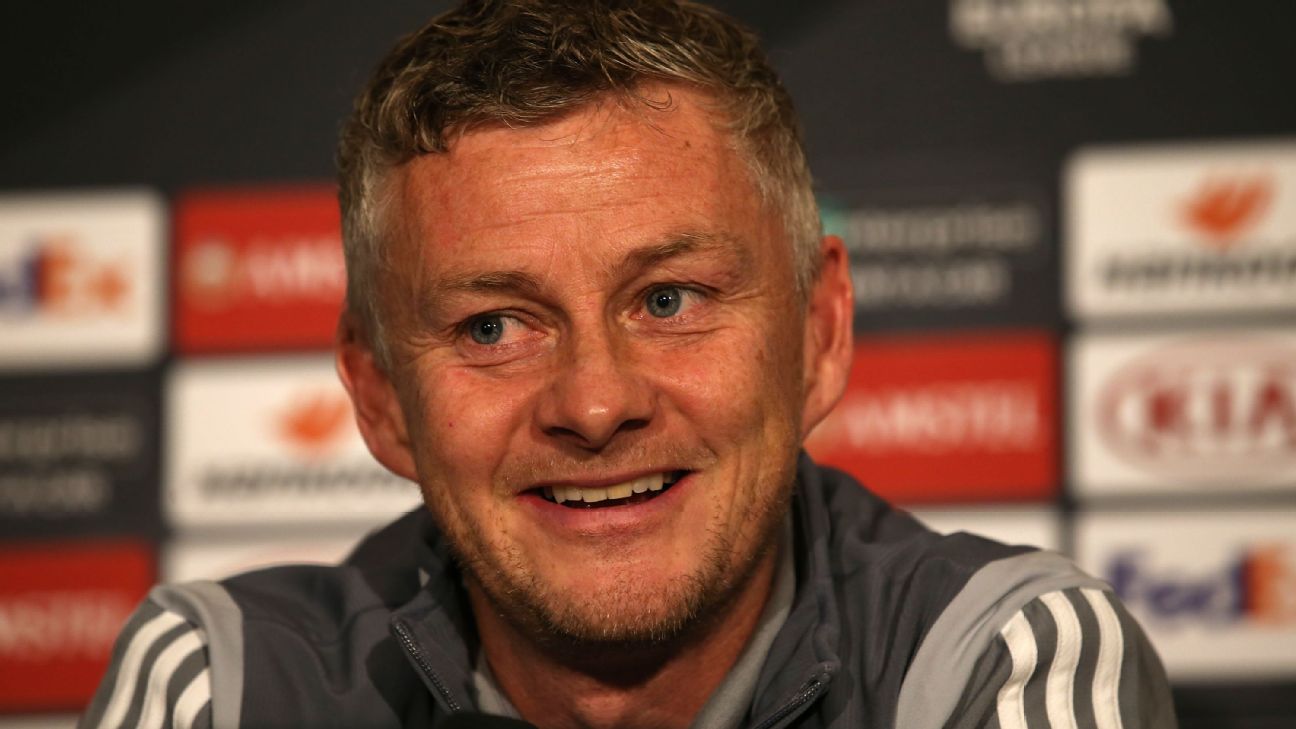 Ole Gunnar Solskjaer has branded the pitch for Manchester United’s Europa League clash with AZ Alkmaar “one of the worst” he has seen.

United will face the Dutch side on an artificial pitch at the Kyocera Stadium, AZ’s temporary home after the roof of their stadium collapsed. And Solskjaer has admitted the surface is a concern.

“I’m surprised they’ve chosen to play on this pitch when I look at it,” Solskjaer told a news conference on Wednesday. “I’m used to Astroturf pitches in Norway. It’s one of the worst ones I’ve seen for a long while. It’s safe, I’m not saying that, it’s just not the newest.

“I’m surprised that in this climate you have to use Astroturf. It’s OK when you live in the North Pole like we more or less do in Norway and can’t play in March, November or December but here I’m surprised.”

Paul Pogba did not make the trip to Netherlands on Wednesday, instead staying at behind in Manchester after suffering a recurrence of an ankle injury during the draw with Arsenal on Monday.

Pogba has not been able to shake the problem he picked up against Southampton more than a month ago and is a doubt for the trip to Newcastle in the Premier League on Sunday.

“After discussions with some specialists we planned, he needs further treatment and rest on his ankle,” said Solskjaer, who also revealed Anthony Martial is unlikely to feature at St James’ Park as he continues his recovery from a thigh injury. “I probably wouldn’t risk him on Astroturf anyway but he needs a rest now.”

United kicked off their Europa League campaign with a 1-0 win over Astana at Old Trafford, but head into the game against Alkmaar without an away win since victory over Paris Saint-Germain in March.

Scoring goals has also been a problem after registering just seven in their last eight games — a worrying statistic that has contributed to their worst start to a league campaign for 30 years.

“You [the media] keep talking about concerns — we are a good team,” said Solskjaer.

“We’ve played some very good away games as well but let’s hope I can sit here afterwards and you ask a different question.

“They know football is about scoring goals, everyone wants to score goals and it’s about grasping a moment.

“You see these players in training, you see the quality and hope it will be one of those feel good nights when we get a couple of chances and a couple of goals.

“I know it’s your job to criticise and praise but it’s our job to focus on the next one and scoring goals is the most difficult part of football.”