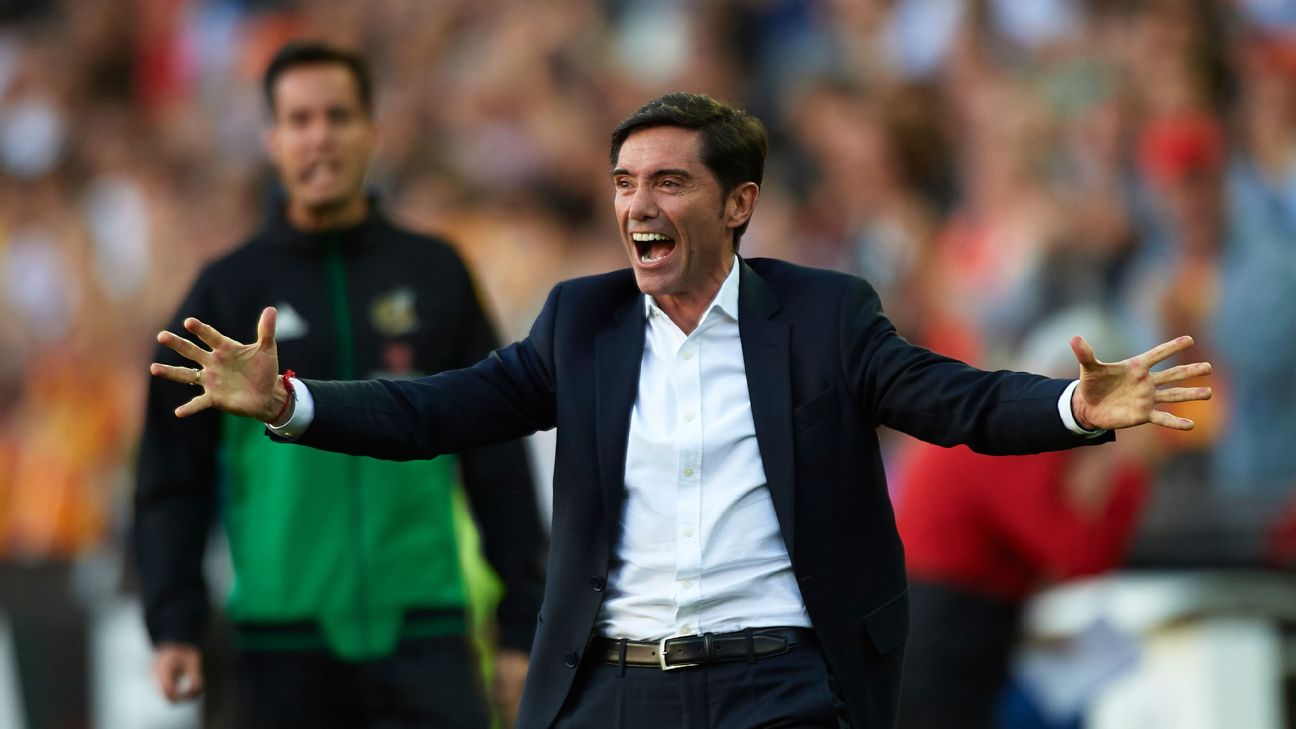 Marcelino Garcia Toral has held talks with Arsenal and is keen on becoming their next manager, sources have told ESPN.

The former Valencia and Villarreal coach has been in London this week for face-to-face talks with the club before returning to Spain on Tuesday.

Sources close to the 54-year-old told ESPN that Marcelino is not optimistic about being offered the job, believing being Spanish may be a disadvantage as Arsenal look to replace his compatriot Unai Emery.

Emery was sacked by Arsenal on Nov. 29 after a disastrous run of seven games without a win in all competitions left their chances of Champions League qualification in serious jeopardy.

The Gunners picked up their first three points under interim head coach and former player Freddie Ljungberg on Monday in a 3-1 Premier League win over West Ham at the London Stadium.

The search for a long-term appointment continues, however, and Arsenal are monitoring progress under Ljungberg before making any decision.

Marcelino was sacked by Valencia in September after a falling out with owner Peter Lim over the club’s long-term strategy, team selection and transfer policy.

He led them to a top-four finish and the Champions League in his two seasons at the club, as well as winning the Copa del Rey, their first trophy in over a decade.

His Valencia were eliminated by Arsenal in last season’s Europa League semifinals in arguably the highlight of Emery’s tenure in north London.

Sources have told ESPN that Marcelino has watched Arsenal closely this season, believing the squad to be strong in attack while unbalanced as a whole.

He and his coaching team are eager to work in the Premier League having worked exclusively in Spain so far, and would accept the job if offered.