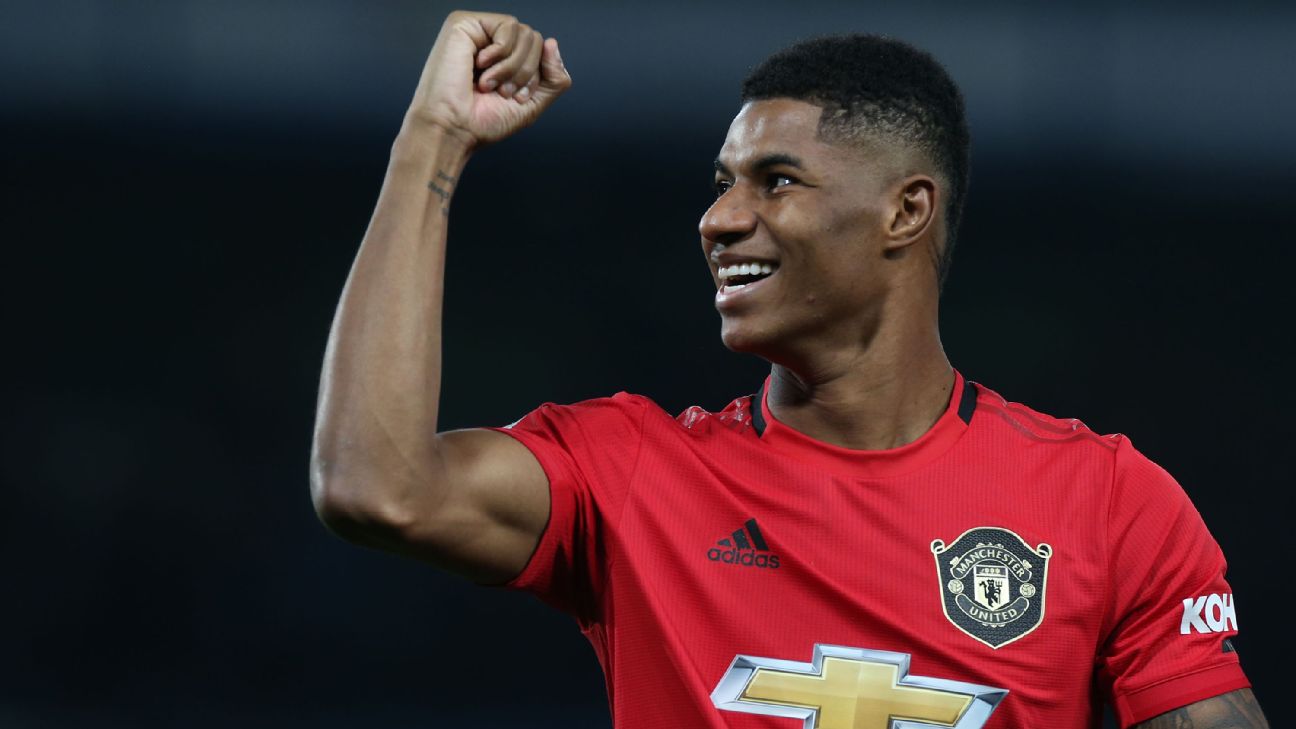 LONDON — Jose Mourinho used to call Marcus Rashford “the kid” during his reign as Manchester United manager, but “the kid” celebrates his 22nd birthday on Thursday and he suddenly seems like an elder statesman at Old Trafford. Not just in age, but in performance too.

At Chelsea on Wednesday, Rashford inspired United to a 2-1 victory in a Carabao Cup fourth-round tie by scoring from the penalty spot and then with a stunning 30-yard free kick, 17 minutes from full-time. Rashford now has four goals in his past three starts for United, who, after enduring an 11-game winless streak away from home dating back to March, have won three on the bounce away from Old Trafford in the space of six days.

After a difficult two months for United manager Ole Gunnar Solskjaer, the tide might just be beginning to turn and Rashford is at the heart of the revival. But the England forward is no kid anymore. This was his 184th senior appearance for United, since making his debut as a 17-year-old under Louis van Gaal, and he has now scored 52 goals.

There can be no denying that Rashford — and his strike partners Anthony Martial and Mason Greenwood — would benefit from the presence of a time-served centre-forward in the United squad to provide competition and guidance, but Rashford has now emerged from his early-season slump and is becoming a big brother figure for all the youngsters following in his footsteps at the club.

At Stamford Bridge, Solskjaer also started with Scott McTominay (22), Daniel James (21) and 19-year-old Brandon Williams, who was so impressive at left-back that Luke Shaw will have a fight on his hands to reclaim his starting spot when he returns from injury. On the bench, 18-year-old James Garner was included again and it is likely that 21-year-old Axel Tuanzebe would also have been involved had the young defender not been ruled out by injury.

As Rashford has shown, youngsters will be given their chance in a United shirt and they will be trusted to keep it if they perform. Right now, all of Solskjaer’s young players are justifying their selection, but the club now have a responsibility to them by recruiting the ready-made 25- and 26-year-olds who will add consistency and experience, which is crucial when there are so many young players in and around a squad.

“Today we were excellent, with fast-flowing football,” Solskjaer said. “That’s Manchester United. We’re trying to get back to that.

“When you give young lads the experience, like Brandon Williams got tonight — and the kid was outstanding — it’s only going to help them. We know we’re not the finished product, we’re a work in progress, but we keep trying to improve.”

Chelsea have a similar task once they emerge from their two-window transfer ban next summer.

Just like Solskjaer at United, Chelsea manager Frank Lampard has put his faith in his club’s talented youngsters and they are also having an impact. Callum Hudson-Odoi (18), Reece James (19), Marc Guehi (19), Billy Gilmour (18) and Christian Pulisic — a comparative veteran at 21 — all started against United, with varying degrees of success.

But while some seemed more ready than others — Hudson-Odoi looks to be a star in the making — Lampard is doing what none of his Chelsea predecessors have ever done by opening the door to the first team for the club’s homegrown products. Mason Mount (20) and Tammy Abraham (22) were named on the bench after establishing themselves in the first team in the Premier League this season, so their elevation to senior status only serves to justify Lampard’s decision to go with youth.

In many ways, Rashford is the example for both United and Chelsea’s youngsters to follow.

The Manchester-born striker has had his ups and downs since netting twice on his debut against Midtjylland in February 2016 — he also hit two against Arsenal on his Premier League debut three days later. But Rashford’s talent has always shone through, and his match-winning performance against Chelsea underlined his standing as one of Solskjaer’s key men.

He is a big-game player, having scored at least once against United’s Big Six rivals, and his double at Stamford Bridge took his tally against Chelsea this season to four. He overcame the negativity of missing a penalty at Norwich on Sunday to score in this game, proving his mental strength in the process, but he admitted after the game that United must still find a way to emerge from the slump that saw them drop to within two points of the relegation zone.

“We’ve been in a tough place,” Rashford said. “We’re still getting through that phase. The only way to get through it is to fight through it and win because they’re the things which keep everyone happy. When you’ve won, you wake up with a good feeling.

“The main focus was improvement and development. But we’re definitely going places.”