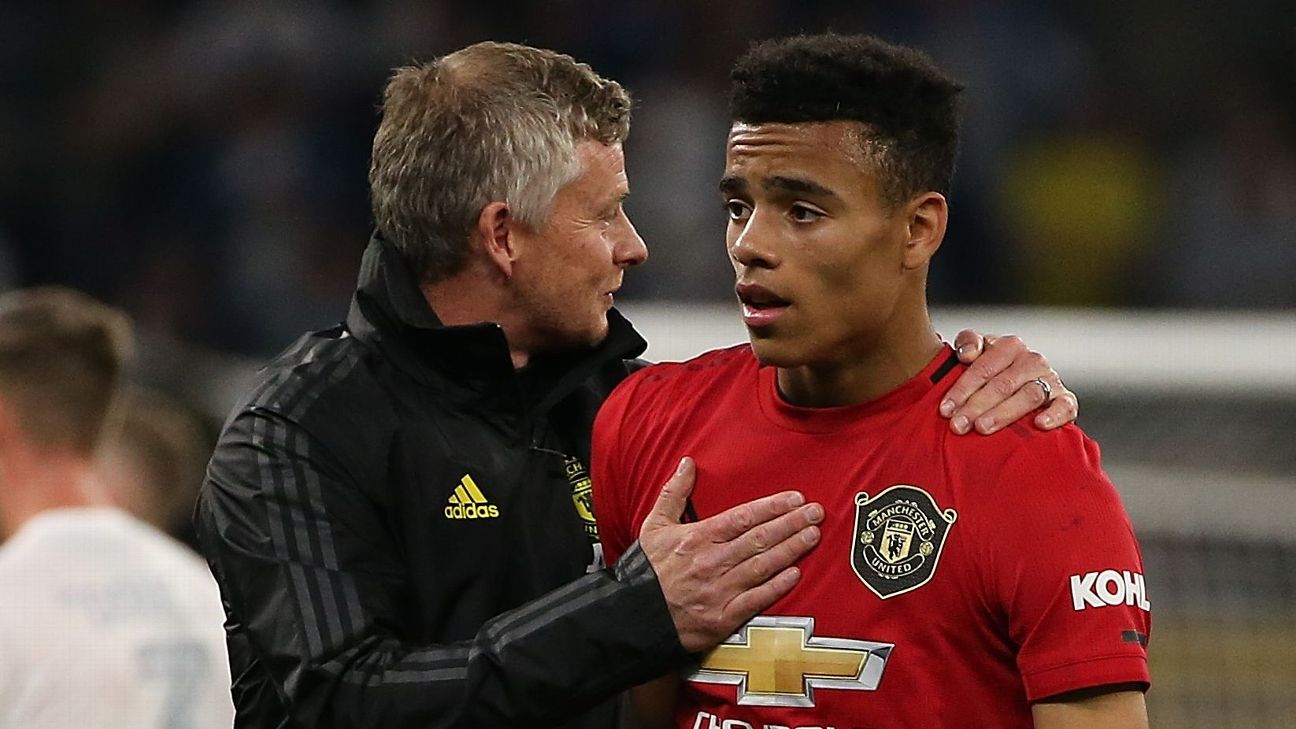 MANCHESTER, England — Manchester United manager Ole Gunnar Solskjaer has reminded Mason Greenwood that he cannot just “switch it on and off” if he wants to be a regular at Old Trafford.

The 18-year-old returned to the starting XI for the first time in a month against Partizan Belgrade and scored the opening goal in a comfortable 3-0 win that saw United book their place in the last 32 of the Europa League.

During his spell out of the team, Greenwood played and scored for the Under-21s and Solskjaer has reminded the teenager to stay focused if he wants to be “accepted” as a permanent member of the first team squad.

“Mason is going to have a very big career, but sometimes it’s not the right time to play him,” Solskjaer said.

“He knows why he hasn’t played as much. He needs to learn the man’s game. He’s gone up from the U18s last year, now he’s training with the first team every day and you can’t just turn that switch on and off.

“You’ve got to perform every day if you are going to be accepted by a group like this.”

Greenwood, who signed a new long-term contract in October, has scored in three of his four starts this season but is yet to begin a Premier League game this term.

He was part of a front three with Marcus Rashford and Anthony Martial which got a goal each against Partizan but the youngster is set to return to the bench on Sunday when Brighton visit Old Trafford.

“I rested Dan [James, against Partizan] because he’s played too much football for my liking,” Solskjaer said.

“Maybe Mason hasn’t played enough, but I think we will see a top, top player there one day.

“He is very composed as well with his finishing. It is just what he does it is natural to him.

“Right foot, left foot — I don’t think he still knows which is the best one, which is very difficult for defenders to defend against. He’s doing his finishing practices. I can see it every day.

“The good thing is he can do it at Old Trafford in front of a full crowd, he doesn’t get fazed by the occasion. He’s still composed. Whether that’s a game with his mates in the park or a cup final he will still finish.”

Middlesbrough loan USMNT’s Hoppe to Hibernian
Saudi league planning for Messi to join Ronaldo if he leaves PSG
Sources: Barca in talks with Galaxy for J. Araujo
Pedri stars in 100th appearance and rescues Barcelona once again in scrappy win vs. Girona
What’s next for USMNT without sporting director, GM or coach?