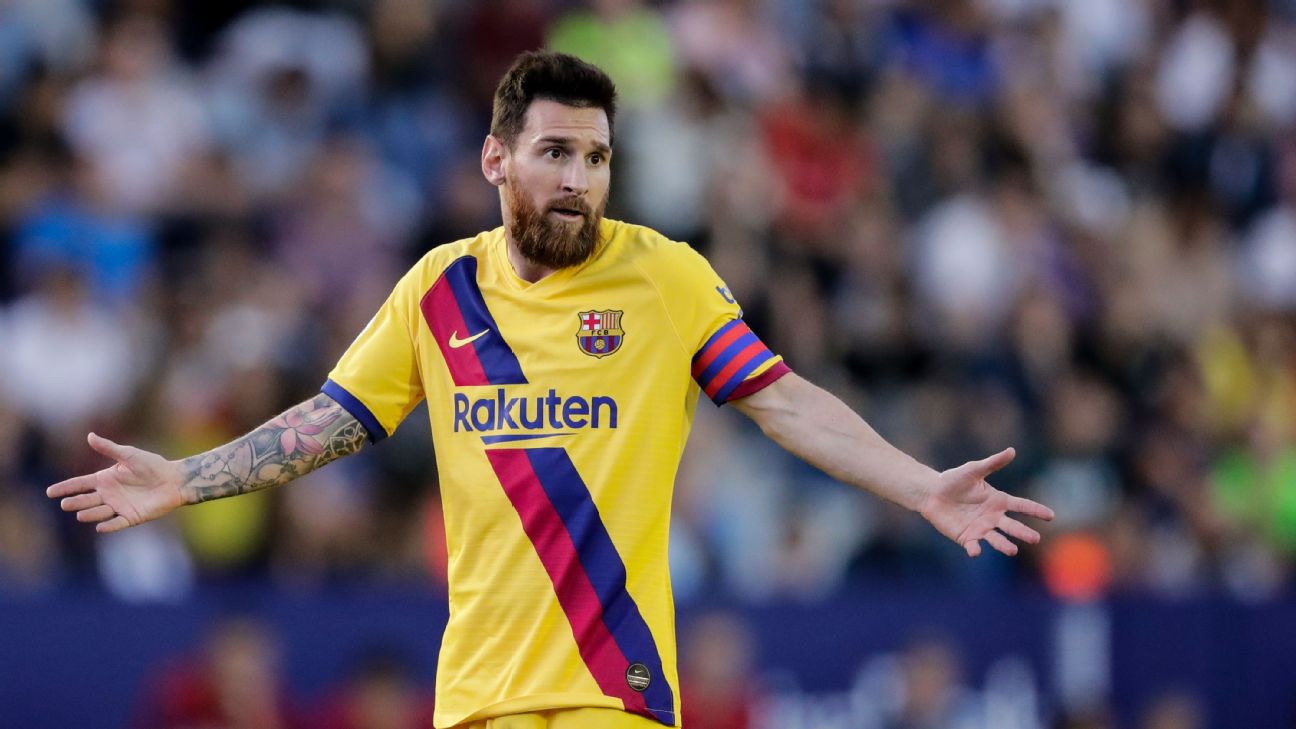 Levante struck three times in seven second-half minutes as they came from behind to beat Barcelona 3-1 and compound the Spanish champions to their third defeat away from home in La Liga this season.

Barca looked set for an eighth successive win in all competitions when they took a first-half lead through Lionel Messi. The Argentine scored from the penalty spot after Nelson Semedo had been brought down.

Jose Campana drew Levante level on the hour mark, though, and Borja Mayoral fired them into the lead three minutes later. Nemanja Radoja added the third in the 68th minute as thoughts turned back to the home side’s 5-4 win over Barca two seasons ago.

Coach Ernesto Valverde will struggle to find the positives from this performance. Messi did add his fifth league goal in his fifth league start of the season. He also has four assists. But even he could not save Barca or Valverde here.

Barca had won seven games in a row going into this one but they hadn’t always convinced. They were lucky against Slavia Prague and showed frailties despite winning away at Getafe and Eibar. Those weaknesses were pounced on by Levante, who scored three and could have added more. This win was no fluke.

The Catalans have now lost three of their six away games in the league. They were also beaten by Athletic Bilbao and Granada. Teams, for the first time in a while, genuinely go into games against them believing they can win.

Another minor setback came in the form of an injury to Luis Suarez. He was taken off before halftime and will undergo tests back in Barcelona.

4 — The pressure will increase on Valverde after this latest defeat. The ship had steadied in recent weeks after a poor start to the campaign but the performances had still drawn criticism. This time the performance and the result escaped him.

GK Marc-Andre ter Stegen, 5 — By his usual standards will feel he should have saved the second goal, which he got a hand to. The third one was trickier, given it deflected off Busquets, but he will also believe he could have stopped it.

DF Sergi Roberto, 5 — Found himself in good positions on the right but lacked a final ball.

DF Gerard Pique, 4 — Defended really well for an hour but will be disappointed with his role in Levante’s first two goals. A poor punt upfield led to the first and he wasn’t close enough to Mayoral for the second.

DF Clement Lenglet, 4 — Beaten by Jose Luis Morales in the lead up to Campana’s leveller. Not his finest performance in a Blaugrana shirt.

DF Nelson Semedo, 6 — Did well considering he was playing on his unflavoured flank. Good movement down the left led to the Barca penalty.

MF Frenkie de Jong, 6 — You can also see how much Barca’s player trust him. They repeatedly give him the ball, but he was unable to drive them forward in Valencia on Saturday.

MF Arthur Melo, 4 — Booked early on and didn’t look fresh despite a rest in midweek. Taken off for Ansu as Barca chased the game.

MF Arturo Vidal, 5 — Starting for the second game in a row, he put himself about a lot, but with little real effect. Replaced by Busquets just after Levante edged ahead.

FW Lionel Messi, 6 — Scored a penalty and had a second goal rightly disallowed because Griezmann was offside in the build-up. Levante left him little space.

FW Luis Suarez, 5 — Taken off with a calf problem in the first half. Not always been at his best this season but has scored goals when needed. Barca could have done with him late on.

FW Antoine Griezmann, 5 — Had some good moments but Barca need so much more from a player who cost them €120 million. Work rate and willing is not enough. He deserves time, though.

FW Carles Perez, 5 — Came on for the injured Suarez and worked hard but had little impact on the game.

MF Sergio Busquets, 5 — Should have cleared the third goal, instead deflected it past his own goalkeeper.

FW Ansu Fati, NR — A last throw of the dice when the Levante third hit the back of the net. Struck just wide but was well handled by the home side.