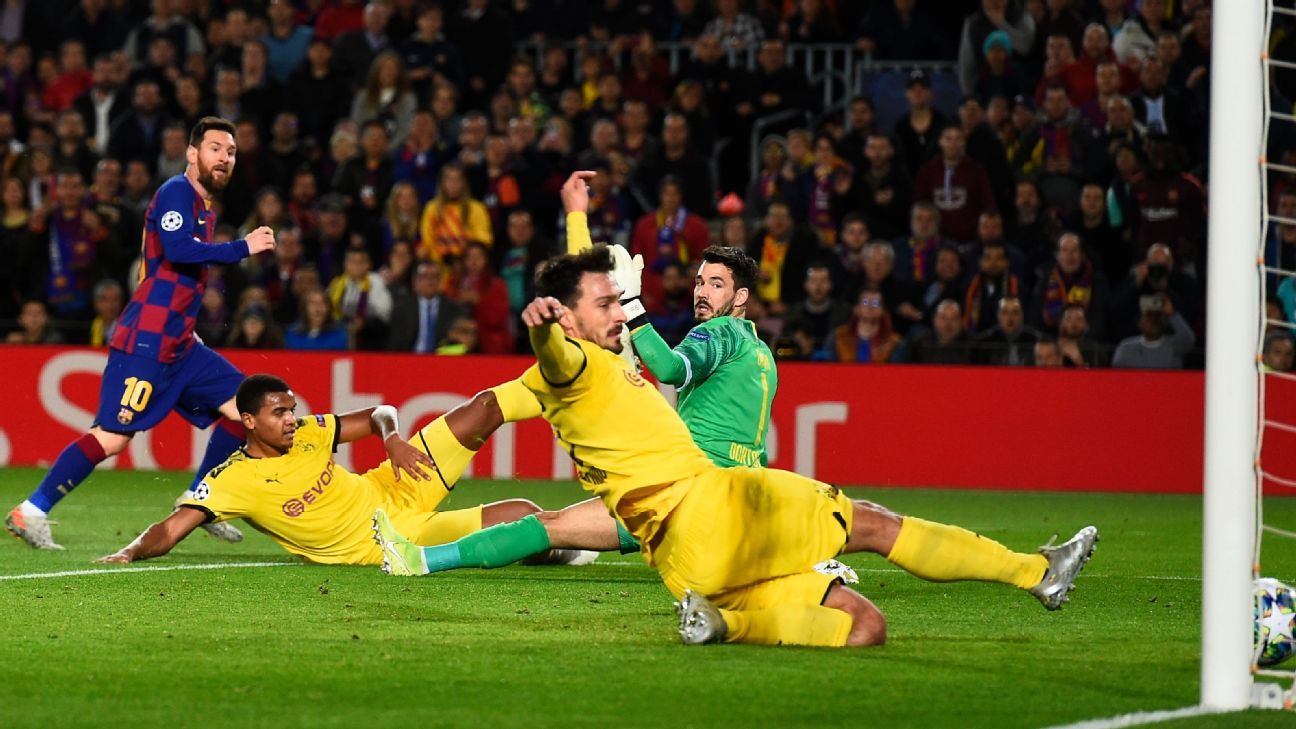 Barcelona reached the Champions League round of 16 after Lionel Messi scored one and assisted two in his 700th appearance for the club in a 3-1 win over Borussia Dortmund.

Luis Suarez opened the scoring in the first half and Messi doubled Barca’s lead four minutes later, scoring his 613th goal for the club.

Substitute Antoine Griezmann then finished off a pass from Messi to further stretch Barca’s lead in the 67th minute, a much-needed goal for the Frenchman’s confidence after failing to score in his previous six appearances for the club.

Griezmann had been left out of the starting line-up but came on midway through the first half when his injury-prone compatriot Ousmane Dembele was forced off with a third muscle problem of the campaign.

Dortmund’s England forward Jadon Sancho also began the game on the bench but made an impact when introduced after halftime, firing in an impressive consolation strike for the Germans in the 77th minute after pouncing on a loose ball inside the area.

The 19-year-old then forced Barca keeper Marc-Andre ter Stegen to turn a powerful shot on to the crossbar in a strong finish from the German side, whose coach Lucien Favre is under pressure due to the team’s poor domestic results.

Dortmund dropped down to third place after the defeat and are tied on seven points with Inter Milan with one match remaining.

It was a therapeutic win for Barca, who had come in for scathing criticism for their recent poor displays against Leganes, Levante and Slavia Prague, even though they are top of La Liga and their Champions League group.

Ernesto Valverde’s side lead the standings with 11 points from five games, Inter Milan are second on seven while Dortmund are third, also on seven, with Slavia bottom with two.

“Our first objective was to qualify as group winners but we also wanted to show a real improvement in our play,” said Suarez.

“We relaxed a bit in the second half and hung on to our lead but we should still leave here feeling very happy.”