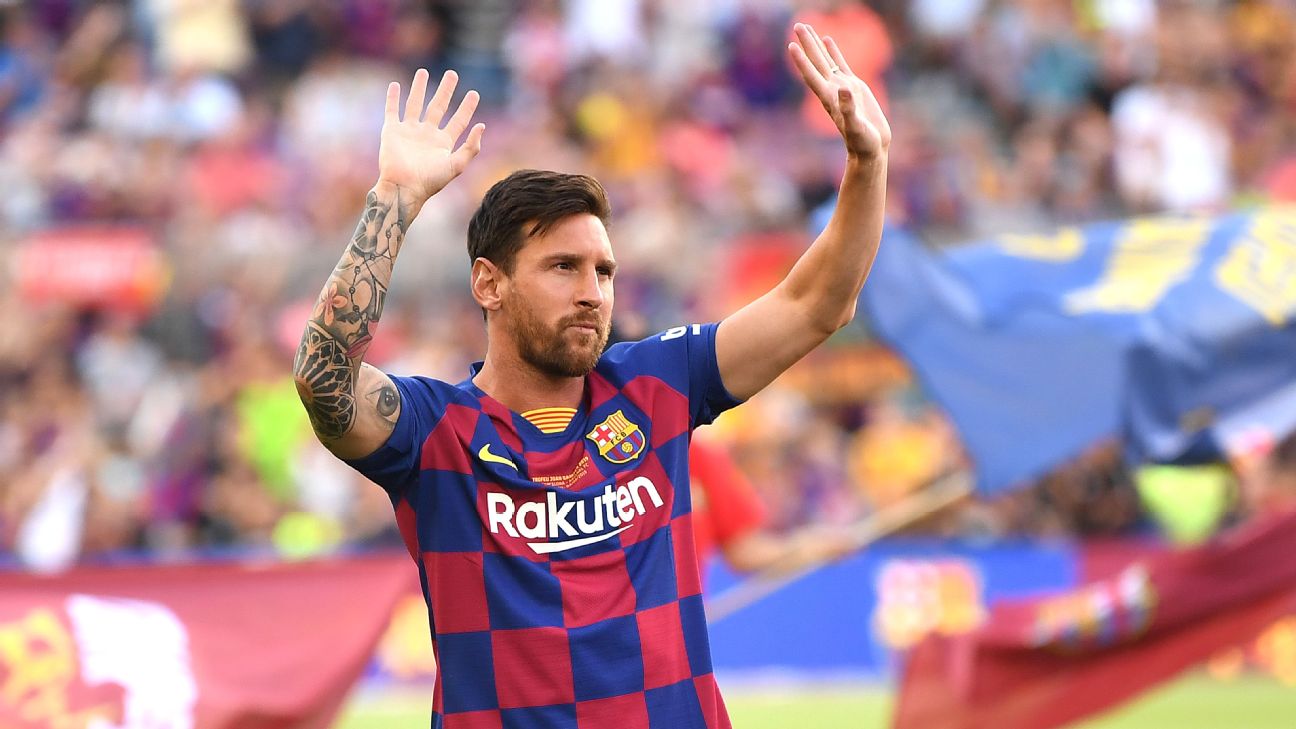 Lionel Messi could make his first appearance of the season on Tuesday after being passed fit and included in Barcelona’s squad for the Champions League opener against Borussia Dortmund.

Messi has not featured this term after injuring his calf in his first training session of preseason in August. He missed Barca’s tour of the United States and hasn’t played in any of their opening four La Liga fixtures.

However, he was able to do some light training on Friday ahead of returning to full training on Sunday. He also trained on Monday with his teammates in Barcelona before flying to Germany.

Barca did not put a timeframe on Messi’s injury but his time on the sidelines was beginning to provoke some concern. Having initially been expected back for the game against Real Betis on Aug. 25, a setback in training forced him to take a step back in his recovery.

He didn’t join up with Argentina during the international break in preference of working on getting back to full fitness in Barcelona.

Barca coach Ernesto Valverde has stressed throughout this time that he would not take any unnecessary risks with Messi. Club sources, meanwhile, told ESPN FC that there was no need to rush him back so early in the season.

Valverde named him in a 22-man squad, with four players to be cut from the matchday squad on Tuesday.

Goalkeeper Neto has also been included having recovered from a wrist injury.

Despite Messi’s return, youngsters Ansu Fati and Carles Perez remain with the first team and, along with Antoine Griezmann and the fit-again Luis Suarez, provide Valverde with an array of attacking options at Signal Iduna Park.

Ex-Dortmund forward Ousmane Dembele is still missing, though, with a hamstring issue. The Frenchman is closing in on a return to action having returned to light training over the weekend.

Ancelotti: Slumping Real ready for ‘battles’ to come
Arsenal’s FA Cup loss may sting, but the Premier League title is the real prize
The European teams that have defied the odds since World Cup break
PGMOL: VAR red-card error over Fabinho tackle
‘Worth it’: Blake Lively gets ESPN+ to watch Ryan Reynolds’ Wrexham roller coaster