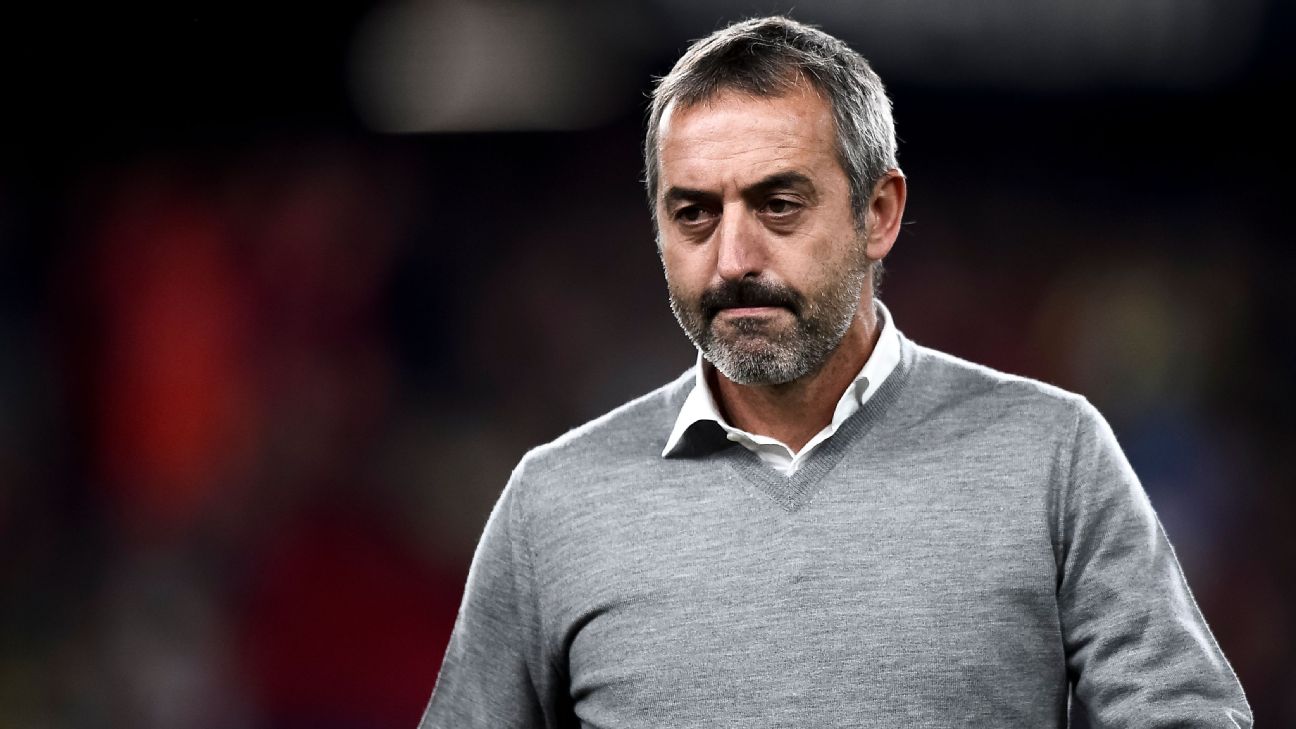 AC Milan have sacked Marco Giampaolo from his role as manager after four defeats in their first seven games, which has left the Rossoneri in 13th place.

Giampaolo was appointed following Gennaro Gattuso departure the summer after Milan missed out on a top four finish on the final day of the past campaign.

Former Inter boss Luciano Spalletti had been mooted as a potential replacement, as well as ex-Nerazzurri manager Stefano Pioli.

Despite finishing fifth, they opted out of competing in the Europa League this season and accepted a one-year ban from European competition.

Giampaolo’s aim had been to take the seven-time European champions back into the Champions League for the first time since 2014.

In the summer, Milan signed Rafael Leao, Theo Hernandez and Ismael Bennacer among other but kicked off the campaign for a 1-0 defeat away to Udinese, where they failed to muster a shot on target.

Milan followed that up with a 1-0 victory over Brescia before earning a second consecutive win at Verona. However, a dire display in the home derby against Inter, where Milan were soundly beaten 2-0 saw the pressure rise on Giampaolo.

In their next match, Milan took the lead away at Torino before two Andrea Belotti goals in four minutes saw the home side earn a 2-1 victory and Rossoneri were then beaten 3-1 at home to Fiorentina.

Despite recording a 2-1 win away at Genoa, it was not enough to secure Giampaolo more time as was dismissed soon after.