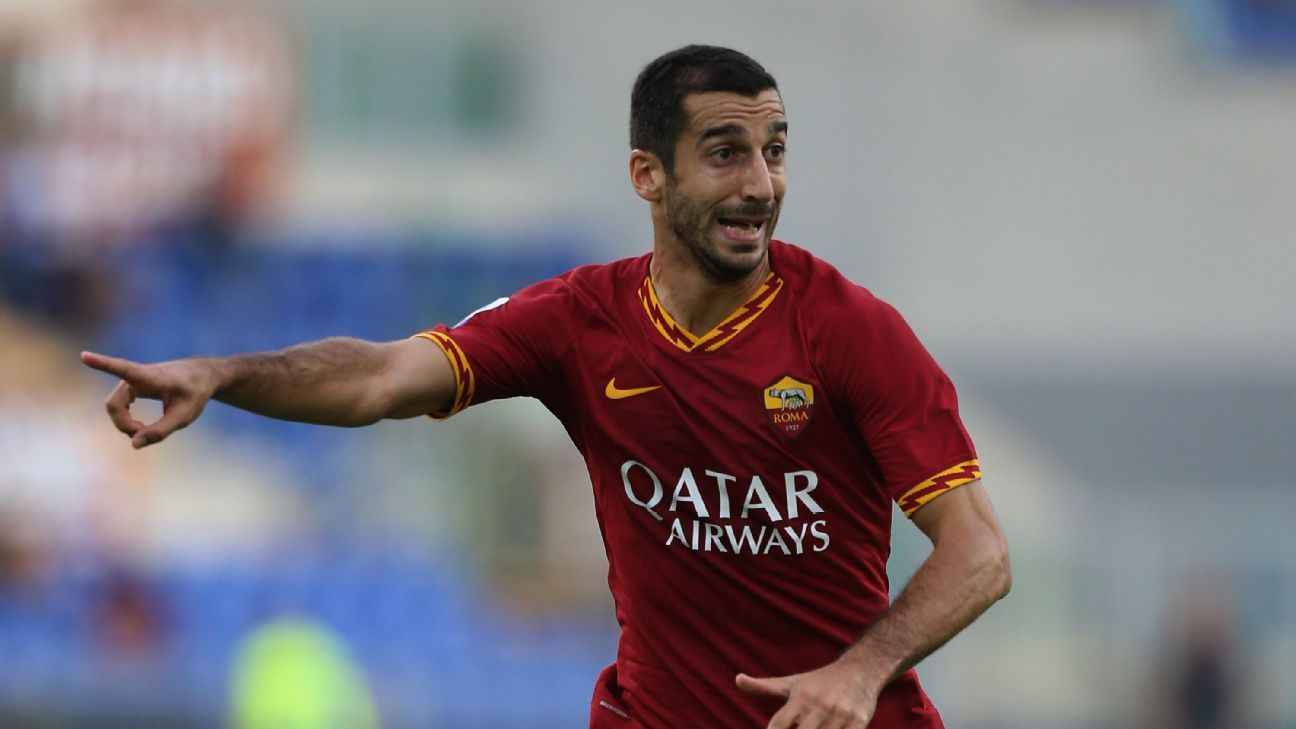 Henrikh Mkhitaryan scored a debut goal to help Paulo Fonseca secure his first win as Roma coach in a 4-2 victory over Sassuolo, after Lazio fell to a shock defeat and Bologna moved into second place in Serie A on Sunday.

The Armenia international, who joined the capital club on loan from Arsenal on transfer deadline day, scored his side’s third goal as the visitors were all but put away in the first half.

Roma were 4-0 up inside 33 minutes thanks to Bryan Cristante‘s header, a volley from Edin Dzeko, Mkhitaryan’s low strike and a composed finish from Justin Kluivert.

The visitors rallied in the second half through Domenico Berardi‘s brace but it was too little too late.

The result moves Roma into seventh place on five points, four behind leaders Inter Milan, while Sassuolo are 12th after taking three points from their opening three games.

Earlier in the day, SPAL stunned European hopefuls Lazio as they came from behind to win 2-1 thanks to Jasmin Kurtic‘s late winner.

Bologna went joint second after pulling off a remarkable comeback in Brescia, recovering from a 3-1 half-time deficit to win 4-3 after Daniele Dessena was sent off for the hosts shortly after the break.

Duvan Zapata scored a stunning stoppage-time strike to earn Atalanta a 2-1 victory at Genoa, while Cagliari won 3-1 away to Parma.