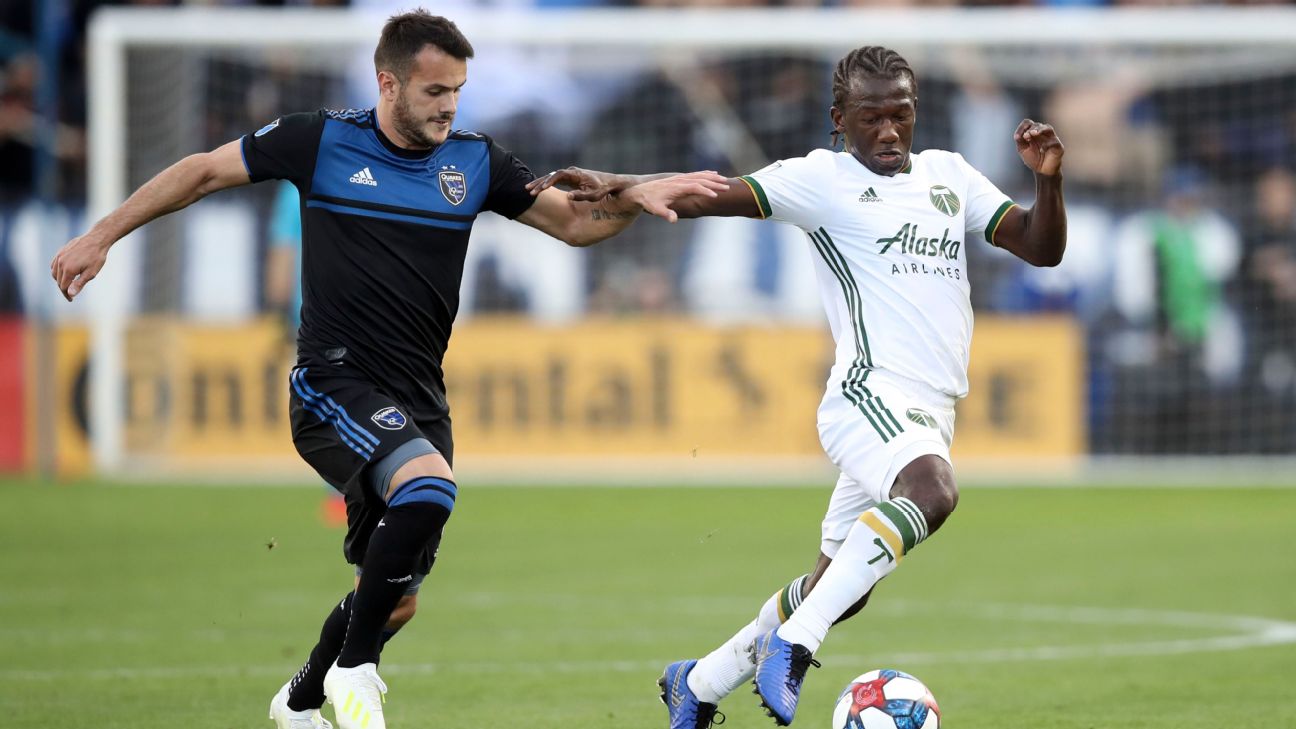 The final weekend of the Major League Soccer season arrives with plenty at stake, including the last two playoff spots in the Western Conference, plus seedings and two players seeking to become a history-making Golden Boot winner.

Twelve teams have clinched one of the 14 postseason berths. Zero spots remain to be clinched in the Eastern Conference. Eight clubs have been eliminated. So, who’s in? Who’s out? And who has it all to play for?

Those questions, and many more below, will be answered once Decision Day arrives on Sunday, with 12 matches all kicking off simultaneously at 4 p.m. ET.

With all seven tickets in the Eastern Conference playoffs punched, all eyes turn to the West, where four teams will be aiming for the last two spots.

Much of the attention will be focused on Portland, where the Timbers are hosting the San Jose Earthquakes (4 p.m. ET, watch live on ESPN) in a “win and you’re in” affair. Neither side is arriving into Decision Day in good shape. The Quakes have dropped their past five, and Portland is winless in its past four, with two defeats and two draws.

The red card to striker Brian Fernandez last Sunday vs. Sporting Kansas City and the uncertainty regarding Diego Valeri’s future won’t help the hosts, and San Jose’s oh-for September has been marred by a lack of goals — only four in the whole month.

Hanging on to to seventh place is FC Dallas, which got dumped by Colorado last weekend 3-0. Nevertheless, a win at home against Sporting Kansas City (4 p.m. ET, stream live on ESPN+) and Luchi Gonzalez’s young pups would reach the postseason.

Yet in the zany world that is MLS, the most unlikely of scenarios could become reality. In that case it would be the Colorado Rapids qualifying for the playoffs. The Rapids need to win at LAFC (4 p.m. ET, stream live on ESPN+) and hope for a Dallas loss, plus a loss or a draw from San Jose. Considering they started the season 0W-2D-9L, the fact that the Rapids even have playoff hopes, albeit slim, heading into the final week is a story itself.

The new single-elimination playoff format in MLS makes home-field advantage all the more important, so there will be plenty of jockeying for teams second through seventh in the table to try to land as many home playoff matches as possible in the coming weeks.

Atlanta United and the Philadelphia Union are locks to host in Round 1 but still will need to hash out who will be the second and third seeds in the East against New England and New York City FC, respectively. The real intrigue comes in the fourth through sixth spots, with D.C. United (49), the New York Red Bulls (48) and Toronto FC (47) separated by only two points and all three with a chance of hosting in the first round.

The West is just as jumbled, beginning with the Seattle Sounders hosting Minnesota United in a meeting to decide who gets the No. 2 seed (4 p.m. ET, stream live on ESPN+). Further down, it’s all there for the LA Galaxy to lock down a home game in the first round. All Zlatan Ibrahimovic & Co. need to do is secure a win against the Houston Dynamo (4 p.m. ET, stream live on ESPN+). Does that sound familiar? It should; the Texans were the ones who foiled the Galaxy’s playoff hopes one year ago by coming back from a 2-0 deficit to stun the Galaxy 4-2 on Decision Day.

Though the Galaxy have already sealed their postseason spot, they’ll still want to exorcise those Dynamo ghosts. The Real Salt Lake staff will be following that closely in Vancouver as it takes on a Whitecaps team that beat the Galaxy last Sunday. Another thing to keep in mind is if the Galaxy end up as the four or five seed, it would put them in the same side of the bracket as LAFC, making for a potential El Trafico in the second round.

All season long Carlos Vela has managed to stay in front of Ibrahimovic in the Golden Boot race, and the Mexican forward now finds himself only one goal away from breaking Josef Martinez’s single-season record of 31 from a year ago. Vela and LAFC take on Colorado, and curiously enough, the Rapids are one of the few teams that have not conceded to Vela in 2019.

Another goose egg from Vela against the Rapids might open the door for Ibrahimovic, who could win the Golden Boot and be the one to make history with a hat trick in Houston. Considering the Dynamo have coughed up 57 goals this season, there just might be the chance for the Swede to overtake his great rival from the other side of Los Angeles.