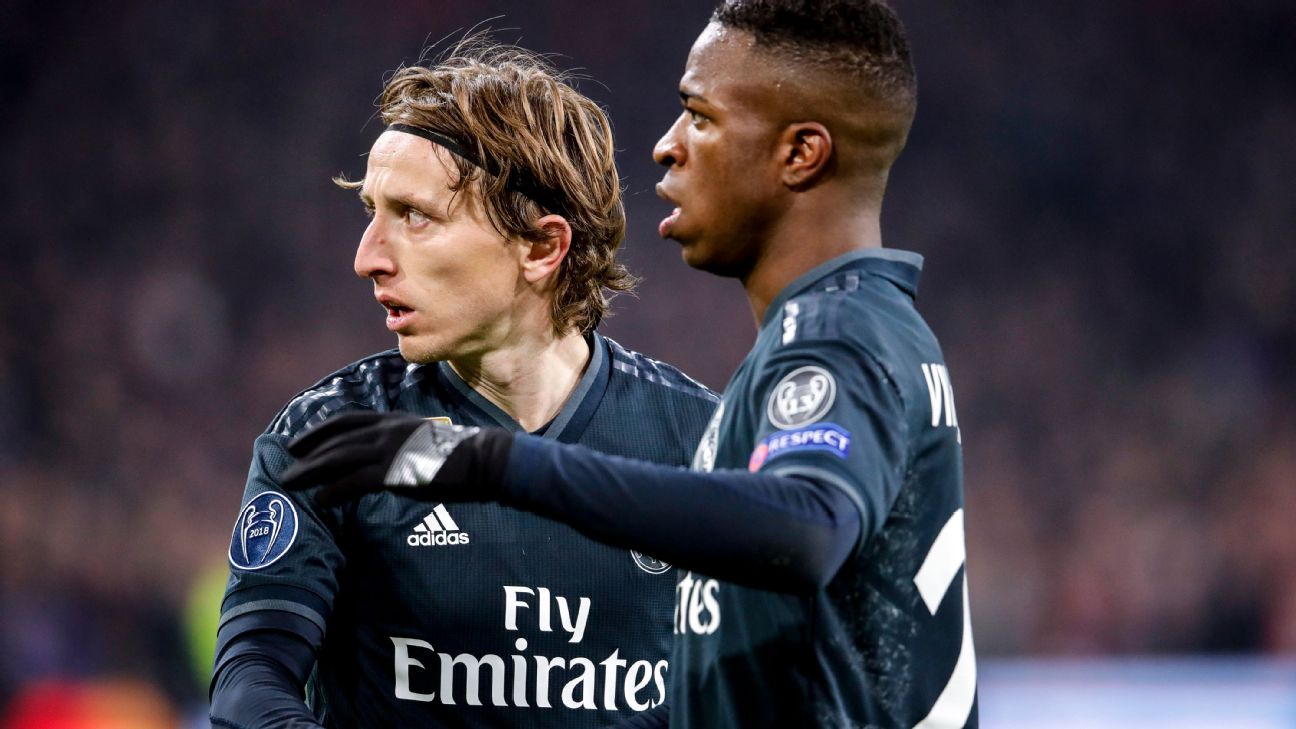 Real Madrid midfielder Luka Modric will miss Saturday’s match against Levante after the club announced he has suffered an injury to the abductor muscle on his right leg, and is a doubt for Wednesday’s clash with Paris Saint-Germain in the Champions League.

Sources have told ESPN FC Zidane may look to the youth team for the clash with Levante.

Modric’s injury, which comes just one day after he returned from international duty, makes him the 11th player to fall injured at the club over the past two months.

Club sources have said it has manager Zinedine Zidane worried as he has just four dedicated midfielders in Modric, Casemiro, Toni Kroos and Federico Valverde.

Although club officials have not specified how long the 34-year-old would be sidelined for, sources told ESPN FC it could be between two and three weeks.

Modric played 90 minutes of Croatia’s 1-1 draw against Azerbaijan in their Euro 2020 qualifying clash on Monday, scoring his side’s goal from the penalty spot.

Zidane had plans to use Modric against PSG, club sources said. He had only completed light training off the field on Wednesday in the gym before picking up the injury.

Casemiro and Valverde are just returning from the international break and Kroos has yet to reach his best form.