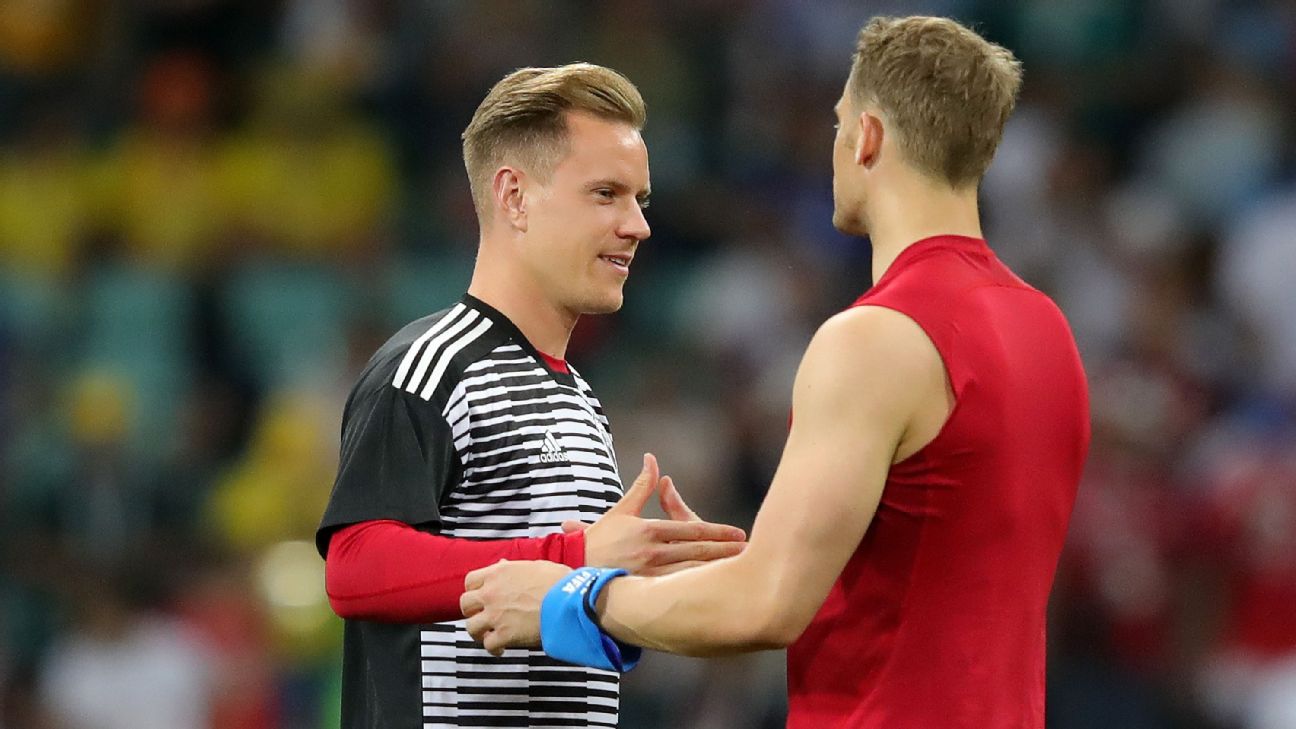 Bayern Munich president Uli Hoeness has attacked the “west German press” for their failure to defend Manuel Neuer in his ongoing row with Marc-Andre ter Stegen and warned Germany to stick with the Bavarian side’s No. 1 ahead of the Barcelona goalkeeper.

Ter Stegen did not feature in Germany’s Euro 2020 qualifying double header against Netherlands and Northern Ireland, which he said was a “massive blow” — a comment Neuer responded to, describing it as not helpful.

The comments have ignited a debate in Germany over who should be the national No. 1, and this was further intensified after Ter Stegen saved a penalty for Barcelona in the 0-0 Champions League group stage draw with Borussia Dortmund.

In March, Germany boss Joachim Low announced then Bayern trio Jerome Boateng, Mats Hummels and Thomas Muller would no longer be selected for the national side, and Hoeness said this latest situation is further proof of a national bias against his club.

“I think it’s a joke,” Hoeness said. “Especially the Munich press, it is not OK.

“The west German press act as if ter Stegen has already won 17 World Cups. But I don’t see anything from the south German press. No support.

“I think it is outrageous that you can push an issue like that into the public. Because he [Ter Stegen] is just not entitled to play there. Goalkeepers are different to outfield players. You cannot just switch back and forth all of the time.

“The hierarchy must be clear, and the hierarchy means Manuel Neuer is the No. 1. He has been the best in the world for many years and now he was ruled out for a while with an injury but it was clear that once he returned to form, and he’s done that now, there is just no discussion and only he can be the No. 1.

“And I had wished for more support from the German FA. They always put up a fuss. At first, the outrageous removal of the three players and how badly they were treated. And now the same all over again with Manuel Neuer.

“That you allow a teammate to go public for something he must only discuss with Jogi Low is not OK. We have a clear opinion and, in the future, we will not put up with our players being damaged without reason because Ter Stegen is a very good ‘keeper, but Manuel Neuer is just so much better and more experienced.

“There is just no discussion for anyone in the world to doubt that Manuel Neuer should be in goal here in Germany and I read today that maybe [only] until the European Championship.

“He can play as long as he stays healthy. He will always be the best. End of story. We will light up the folks at DFB [German FA]. We are good at that.”