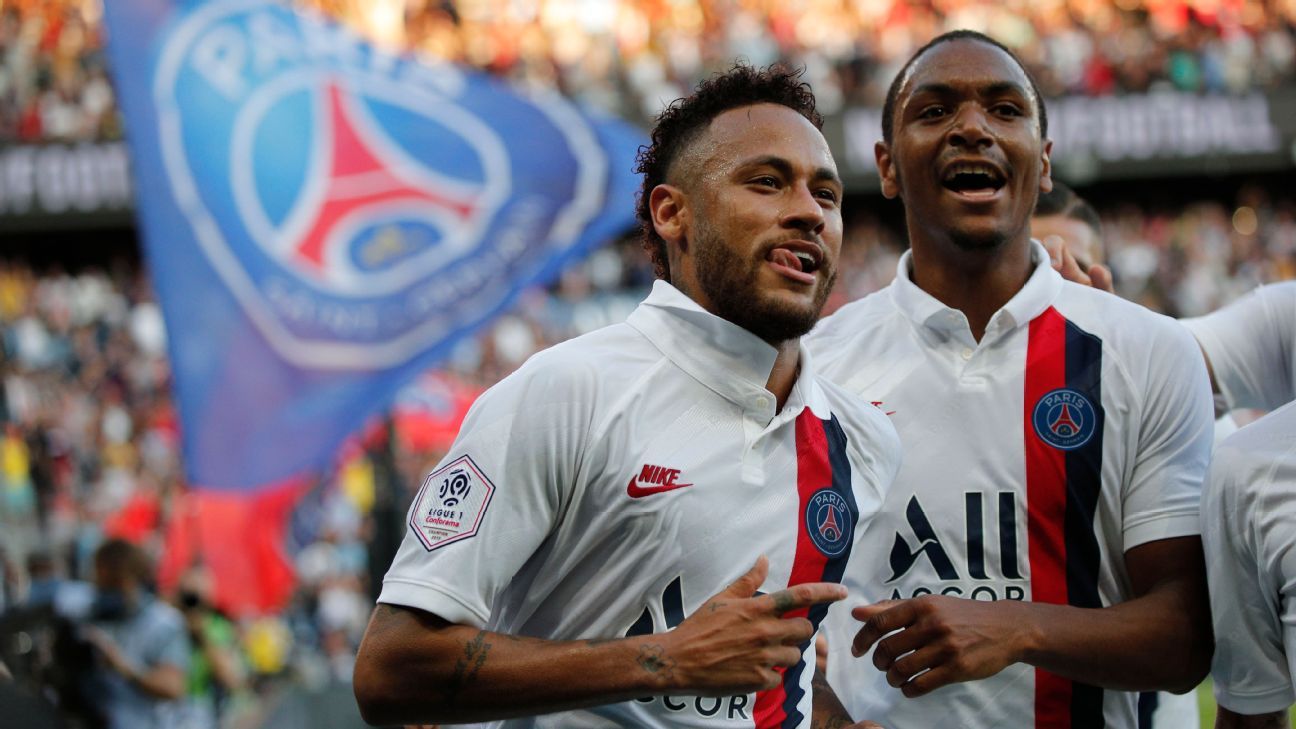 Neymar scored a spectacular last-gasp goal for Paris St Germain that was greeted with more cheers than boos in a 1-0 Ligue 1 win over Strasbourg on Saturday on his first appearance of the season following a failed transfer to Barcelona.

The Brazil forward found the back of the net with a bicycle kick two minutes into stoppage time, drawing mostly applause but a few boos from the Parc des Princes faithful as he appeared to have put the transfer saga behind him.

PSG lead the standings with 12 points from five games ahead of their Champions League match against Real Madrid on Wednesday, for which Neymar will be suspended.

The result left Strasbourg in 18th place on three points.

“It was sublime. It’s good for him and good for the team,” teammate Idrissa Gueye said.

Neymar, who angered the PSG fans by saying his best memory as a footballer was PSG’s humiliating 6-1 defeat by Barca at the Camp Nou in the Champions League in 2017, was booed by part of the crowd in the first half as he put on a decent performance.

He capped his return with a goal that did not mask PSG’s collective mediocrity.

New keeper Keylor Navas made a couple of brilliant saves as the visitors threatened on a few occasions while Mauro Icardi was toothless after coming on as a second-half substitute.

The Argentine striker, however, will be needed against Real on Wednesday in the absence of Neymar and the injured Kylian Mbappe.

The France international was sorely missed, just like Uruguay striker Edinson Cavani who may come back for the Real clash.

Strasbourg had the first clear chance when Navas stretched to tip away Ludovic Ajorque’s sudden strike in the 18th minute and PSG did not muster a single shot on target in the first half, struggling to unsettle a compact defence.

The hosts stepped up a gear in the closing stages, with Neymar scoring his 21st goal in 20 Ligue 1 games at the Parc des Princes.

He netted again two minutes later, only for the goal to be ruled out for an offside position.