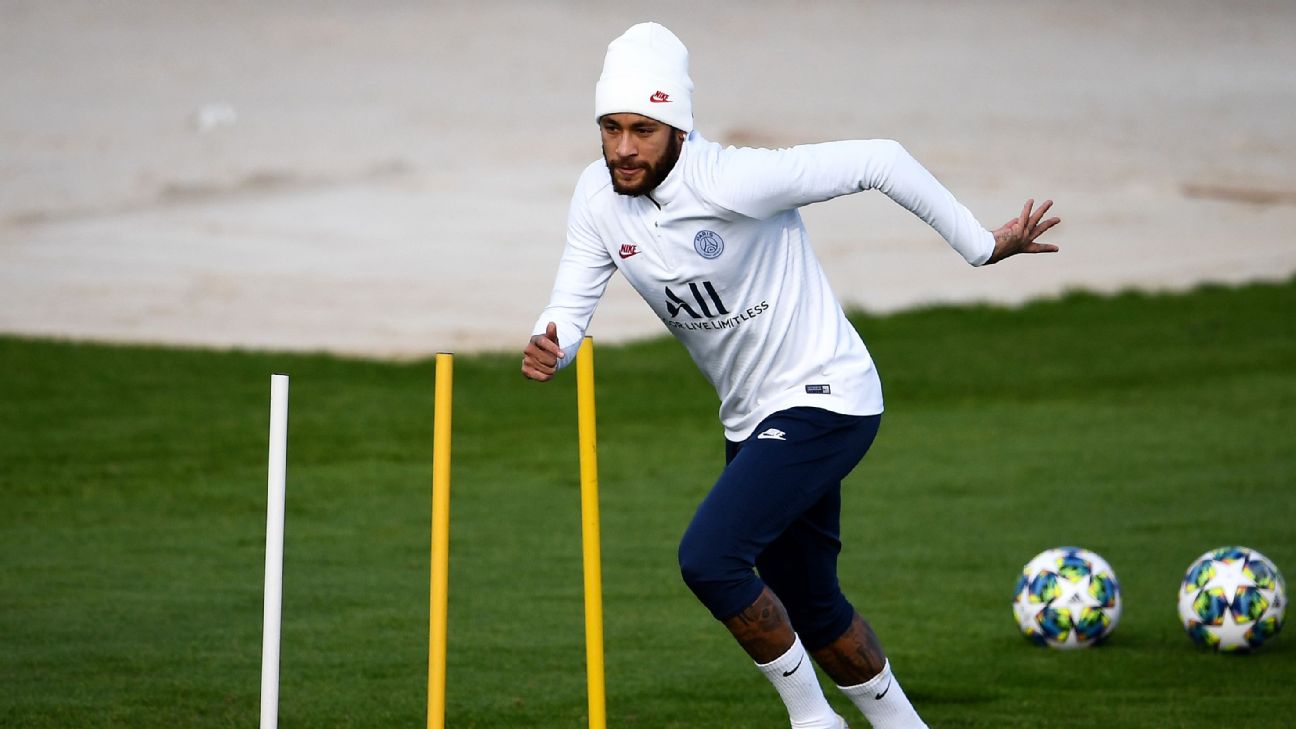 Paris Saint-Germain coach Thomas Tuchel has confirmed Neymar is in contention to start at home to Lille on Friday, but also expressed his displeasure at the Brazil international’s decision to travel to Madrid between training sessions to watch Davis Cup tennis as a guest of former Barcelona teammate Gerard Pique.

Neymar, 27, was not with his country during the November international break as he recovered from a thigh injury, but he is now back in training and Tuchel is happy with his work over the past fortnight.

“Neymar has trained well these past two weeks,” the German said during Thursday’s prematch news conference at Camp des Loges. “He feels good. Assuming things stay that way, he will be part of the squad on Friday.”

Although Tuchel was not a fan of Neymar’s trip to the Spanish capital as Pique’s guest of honour, he said he will not blow things out of proportion.

“I am not the police, nor his father — I am his coach!” Tuchel said. “He trained well before and after. Did I appreciate it? No, I did not. However, it is not the time to get too worked up over it. He can play against Lille, now we have to decide if he starts.”

Tuchel went on to say that 90 minutes is “too much for Neymar” against Lille.

Tuchel then spoke about the best position on the pitch in which to utilise the €222-million player.

“Neymar could play No. 9, like he did in Bordeaux,” Tuchel said. “We can do that, 4-3-3 or 4-2-3-1, like away at Brest last time. Neymar could play on the left or in the middle. He brings quality and decisive moments. When he plays with us, we are super dangerous.”

Tuchel also said Kylian Mbappe is in a race against time to prove his recovery from a fever to feature against Lille, and that Marco Verratti and Ander Herrera have both been ruled out through injury.

“Ander and Marco are unavailable,” he said. “Kylian, who has been sick all week, is due back in training. However, it is not certain that he can play against Lille. We will see.”

Also asked for his opinion on captain Thiago Silva‘s Parc des Princes future after this season, Tuchel was vocal in his support of a contract extension past next summer for the Brazil international, and said he cannot imagine PSG without the defender.

“Leonardo knows my opinion,” Tuchel said. “I hope to play a role. Thiago is an incredible captain — he is a leader and a role model for us in the dressing room and on the pitch. He has been playing exceptionally well since I arrived.

“OK, age is a topic, just not the most important one. I do not want to imagine a PSG without Thiago.”