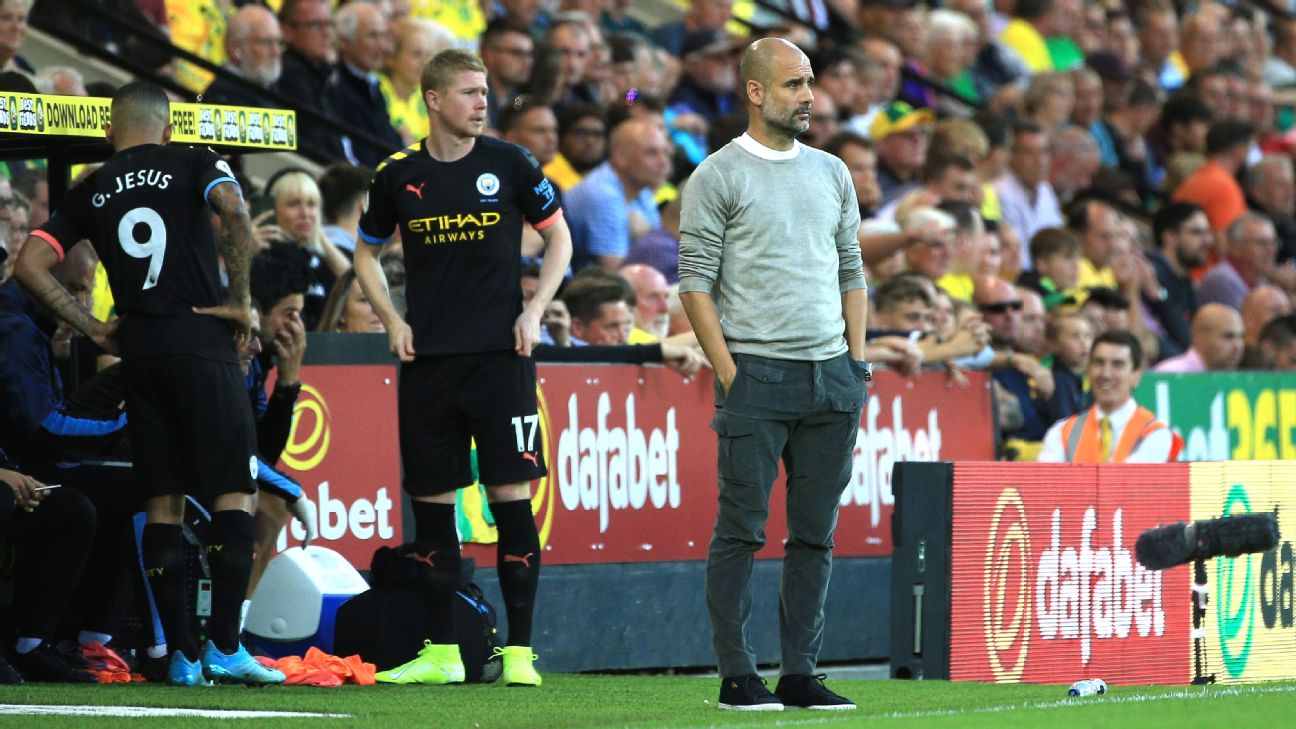 Manchester City manager Pep Guardiola has praised his players for helping him to lose the “Fraudiola” tag that was aimed at him during his first season in England.

Guardiola failed to win a trophy in his first campaign at the Etihad and his tactics and passing playing style were questioned.

He has since won back-to-back Premier League titles with City and steered the club to an unprecedented domestic Treble last season.

“They gave me all the prestige I have in England, when the first season when it was Fraud Guardiola, Fraudiola,” he said at a news conference.

“This kind of game here in England — it’s not possible to play because you need to have tackles and you have to play like that — these players gave me the prestige that I have.

“And now all around the world people say how good a manager I am — it’s for them, not for me.”

City suffered a shock 3-2 defeat against Norwich City on Saturday with defenders John Stones and Nicolas Otamendi at fault for the winning goal.

Guardiola refused to criticise his players and took full responsibility for a loss that sees his side trail table-topping Liverpool by five points.

“We were not precise up front or we made individual mistakes but I am responsible for that, but that is part of the game,” he added.

“Sometimes it happens and the players know it’s not necessary to tell them or watch some clips.

“Right now in the locker room they know they have to improve on that or it will not be possible to compete [for the title].”