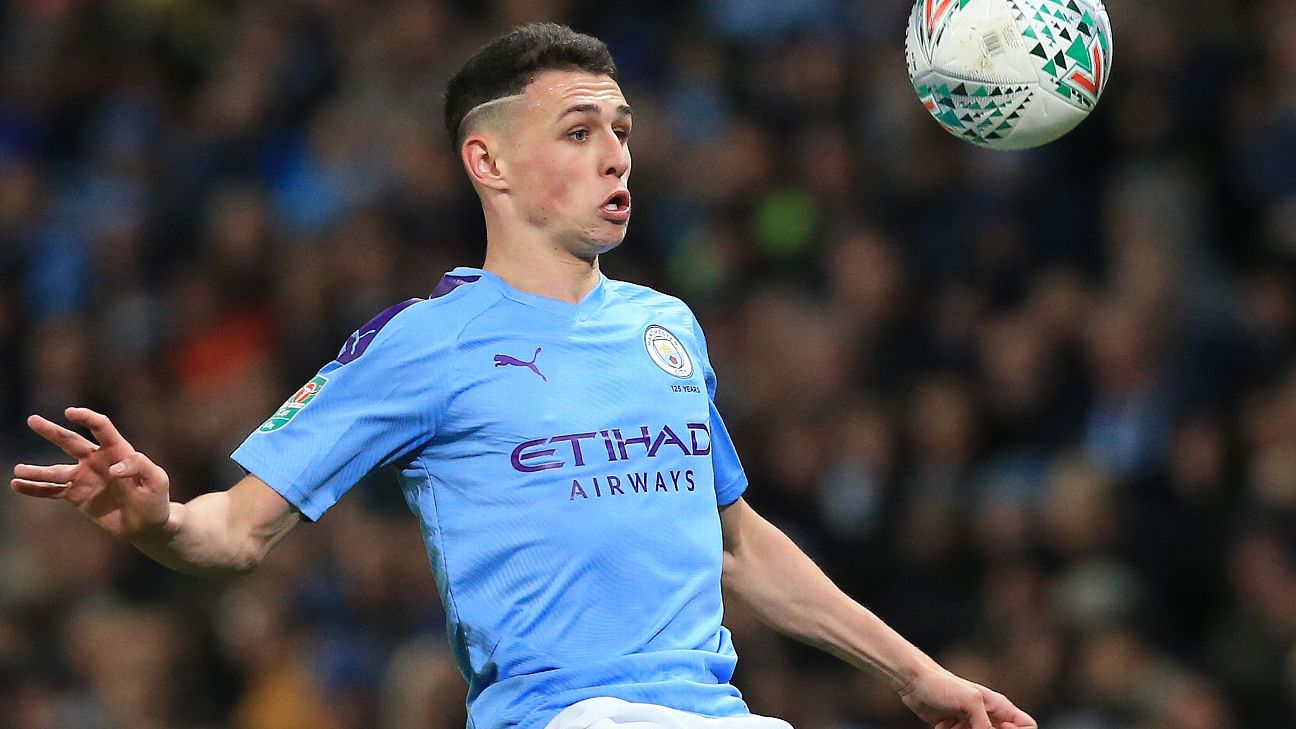 MANCHESTER, England — In the week Pep Guardiola said not even a £500 million bid could tempt Manchester City to sell Phil Foden, a joke did the rounds on social media that the teenager would probably only play for two minutes in the next game against Crystal Palace.

In the end he was granted 60 seconds at Selhurst Park — on as an 89th-minute substitute for Kevin De Bruyne — and touched the ball twice. He has still only started three Premier League games since making his debut in 2017.

It is a snapshot of the problem Guardiola faces with a player considered one of the brightest prospects England has ever produced. The City manager calls him “a gift” around the Etihad Campus and will often apologise in news conferences for not playing him more often. On the flip side, this is a City team that boasts De Bruyne, David Silva, Bernardo Silva, Ilkay Gundogan and Riyad Mahrez in the same positions and won every domestic trophy on offer last season.

It is a balancing act, and one that is difficult to get right. Every club has a story of a prodigious talent whose potential was never realised for one reason or another.

The Carabao Cup may not be top of Guardiola’s list of priorities but for Foden — for now at least — it is an important stepping stone. He played 90 minutes in the last round at Preston and started here against Southampton as City eased into the quarterfinals with a comfortable 3-1 victory on Tuesday. They have not lost a League Cup tie for 1,098 days.

“Our quality of the pass was high, we arrived in the final third with quality,” Guardiola said afterwards, and Foden — still only 19 — had plenty to do with it. Gliding around with his usual rangy elegance, he looked every bit the player City hope he will become.

He was happy to receive the ball in tight corners as Southampton’s players snapped around him, apparently keen to show the fans who made the 450-mile round trip how much they care following the 9-0 mauling by Leicester four days ago. He fizzed passes into Bernardo, his midfield partner alongside 18-year-old debutant Tommy Doyle, and was sure of his touch when the the ball came back from Sergio Aguero and Gabriel Jesus.

Then a moment of subtle invention.

In the 20th minute, he picked up a short corner from Doyle — whose grandfathers Mike Doyle and Glyn Pardoe are both City greats — and swivelled to face the Southampton goal. Instead of crossing himself, he looked up to see Bernardo in a better position, split two defenders with a crisp pass and watched the Portuguese cross for Nicolas Otamendi to put the home side ahead.

It is the type of thing Guardiola wants to see more of from a youngster who is still getting to grips with senior football. The right decision at the right time and a hand in the opening goal here is another step in the right direction. His red card against Atalanta, according Guardiola, was another opportunity to learn albeit in different circumstances.

Ask Guardiola whether he trusts Foden and he will point to the league game against Tottenham at the Etihad Stadium last season. It came three days after City were dumped out of the Champions League by the same opponent and was billed as one of the deciding games of a nip-and-tuck title race with Liverpool. Foden scored in a 1-0 win and City went on to win the league by a point.

This summer will say a lot about his prospects at the club he has grown up supporting. David Silva is moving on after 10 years and, as things stand, there are no plans to replace him.

It represents a chance for Foden to make the step up from fringe player to one thrown front and centre in the key moments on the biggest stages. Jadon Sancho, two months older, has shown what can happen with regular first-team football even at a young age.

After the World Cup in Russia it was Foden, rather than Sancho, who Gareth Southgate envisioned would be the youngster to break into his squad in time for Euro 2020 but, at the moment, the teenager who stayed at City remains an outside bet to get to the nod next summer.

Foden is still waiting for the kind of breakthrough Sancho has enjoyed at Borussia Dortmund. The journey may be taking a little longer, but City and Guardiola are convinced the destination will be the same.