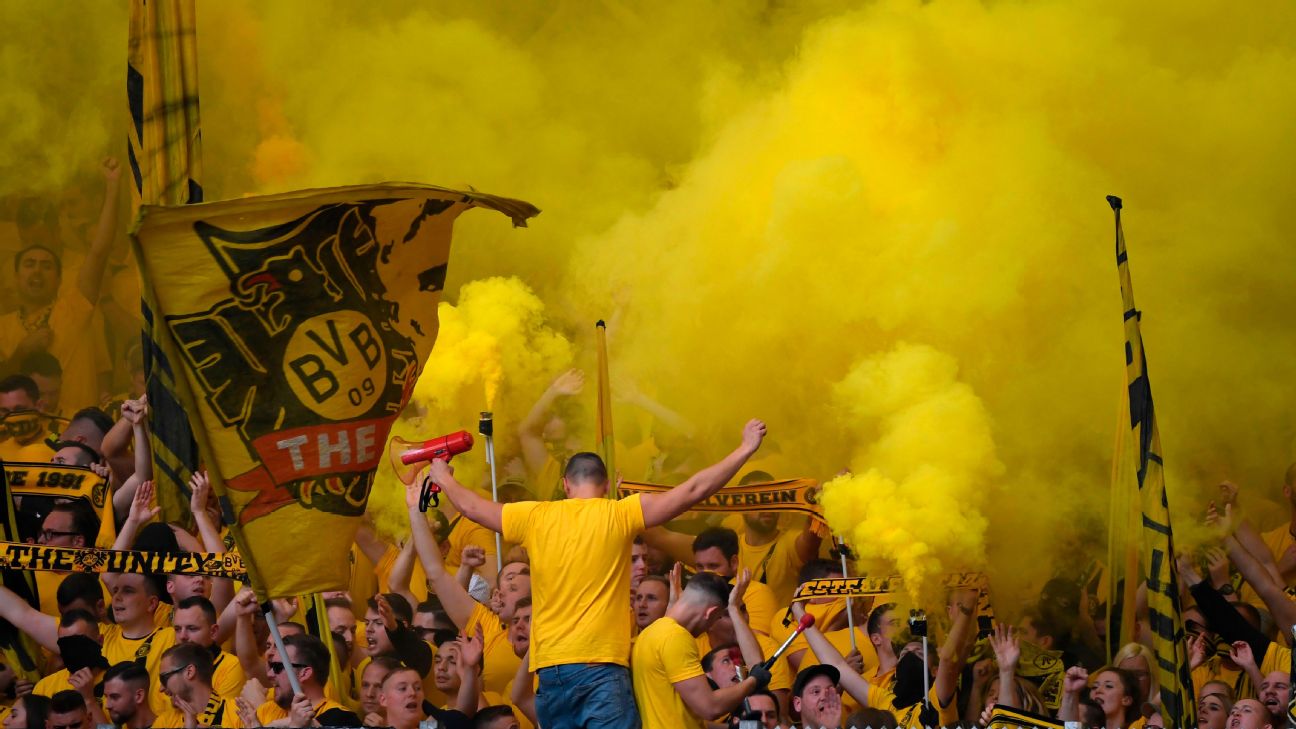 Dortmund public prosecution has opened an investigation against German state police after several Borussia Dortmund supporters were injured, one with a broken jaw, following clashes between the police and fans after last month’s Revierderby.

Following an altercation between one Schalke fan, who had sneaked into the city’s central station, and a group of Dortmund Ultras returning from the draw in Gelsenkirchen, the situation had calmed down following the arrest of two Dortmund supporters.

One Dortmund fan was on the phone talking to a lawyer after two other BVB supporters were arrested at the station when he was allegedly hit in the face with a riot stick and suffered severe facial injuries.

Police then began to evacuate the main station, using pepper spray, and the Dortmund fan was left with a broken jaw and is recovering after undergoing surgery. Other footage shows police kicking one person out of the door of the station.

Federal police said last week they handed over all video evidence to Dortmund’s public prosecution, which on Tuesday confirmed to ESPN FC that they would investigate a possible case of assault while on duty and a source told ESPN FC that the injured would also press charges against the police.

Police and football fans have clashed in Germany in recent years. In October 2018, violence broke out in the away end at the Dortmund vs. Hertha Berlin match.

Fan organisations criticised the “excessive” police operation after which several Hertha supporters remained in Dortmund’s hospitals as they received treatment following the use of batons and pepper spray.

And in 2013, police officers waded into the Schalke fan curve during a Champions League match against PAOK. The club later condemned the operation as “excessive.”