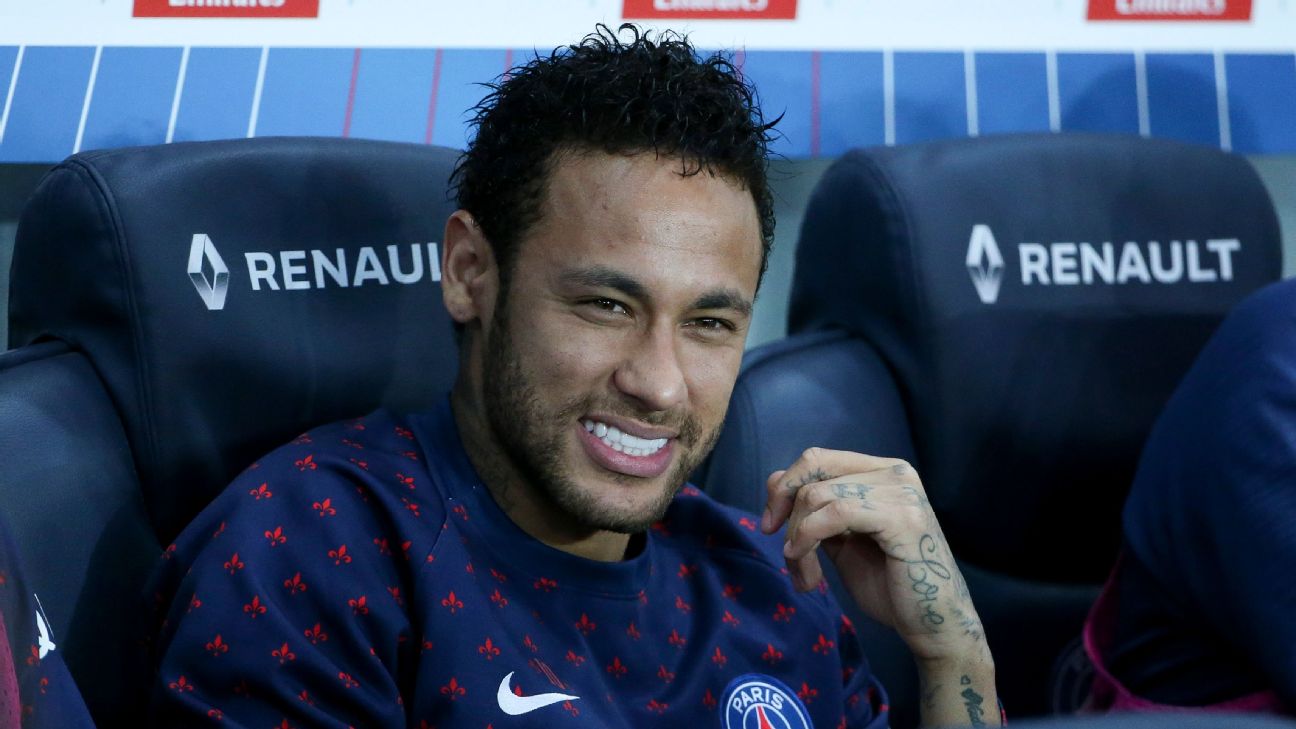 Neymar will not start for Paris Saint-Germain against Real Madrid in the Champions League on Tuesday evening.

PSG coach Thomas Tuchel has all his forwards available for the group stage game at the Bernabeu stadium, and has decided that Neymar, alongside Edinson Cavani, will sit on the bench. Instead, Kylian Mbappe, Mauro Icardi and Angel Di Maria will start up front.

The main reason is that Neymar — ranked the No. 8 forward in ESPN FC 100 — recently came back from an injury that sidelined him for a few weeks.

The Brazil international only played 65 minutes at home in a 2-0 win against Lille on Friday, and he struggled to make an impact on the game. He is short of match fitness and Tuchel told ESPN FC sources he does not want to take the risk of starting him in a game of this calibre.

Tuchel also does not want to abandon his 4-3-3 formation, which means that only three of his five star players can start.

Cavani is way below Icardi in the pecking order now and Di Maria has been PSG’s best player so far this season — notching nine goals and nine assists in 19 games in all competitions — and cannot be dropped.

The last spot was therefore between Neymar and Mbappe.

France international Mbappe is also not at his best physically after suffering two injuries and a virus since the start of the season. He will unlikely be able to play the full 90 minutes on Tuesday night, but Tuchel has judged him more ready than Neymar.

Klopp: We were improved despite FA Cup exit
Police chiefs sorry for Hillsborough after 34 years
What’s next for USMNT without sporting director, GM or coach?
Sources: Mbappe an injury doubt to face Bayern
McKennie left out of Juve squad amid Leeds talks