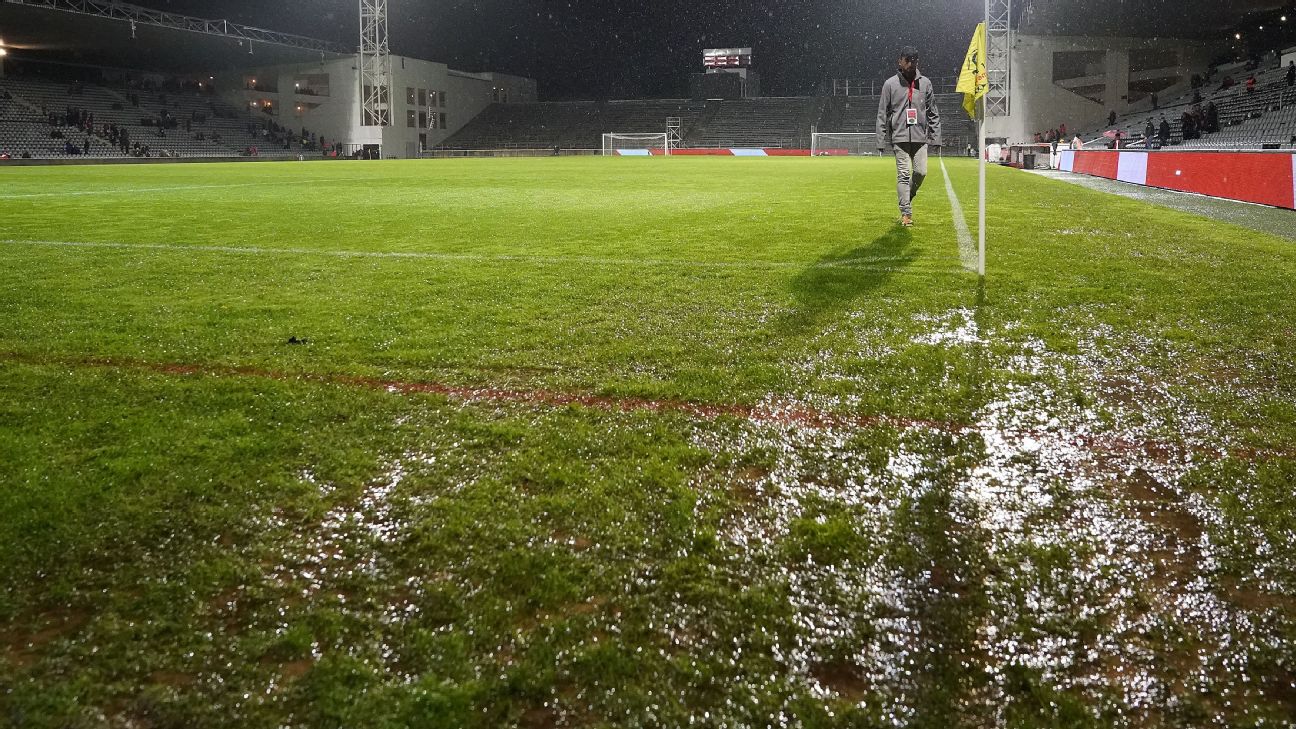 The Ligue 1 match between Paris Saint-Germain and AS Monaco has been postponed due to torrential rain, both clubs announced on Sunday.

The match was scheduled to take place at Monaco’s Stade Louis II at 9 p.m. but it has been called off due to severe weather conditions.

A PSG statement read: “Due to the extreme weather conditions in the Alpes-Maritimes region, the authorities in the principality have decided to call of Sunday’s Ligue 1 game.

“Some 1,000 Parisian fans were expected to attend the game tonight. The club will contact them by email to discuss the steps to follow regarding either the exchange of tickets or reimbursement.”

The French Football League (LFP) is set to confirm an alternative date for the fixture to be played.

Torrential rain and the risk of flooding prompted local authorities to issue a red warning in the region.

PSG are five points clear at the top of the table while Monaco find themselves in 14th position.