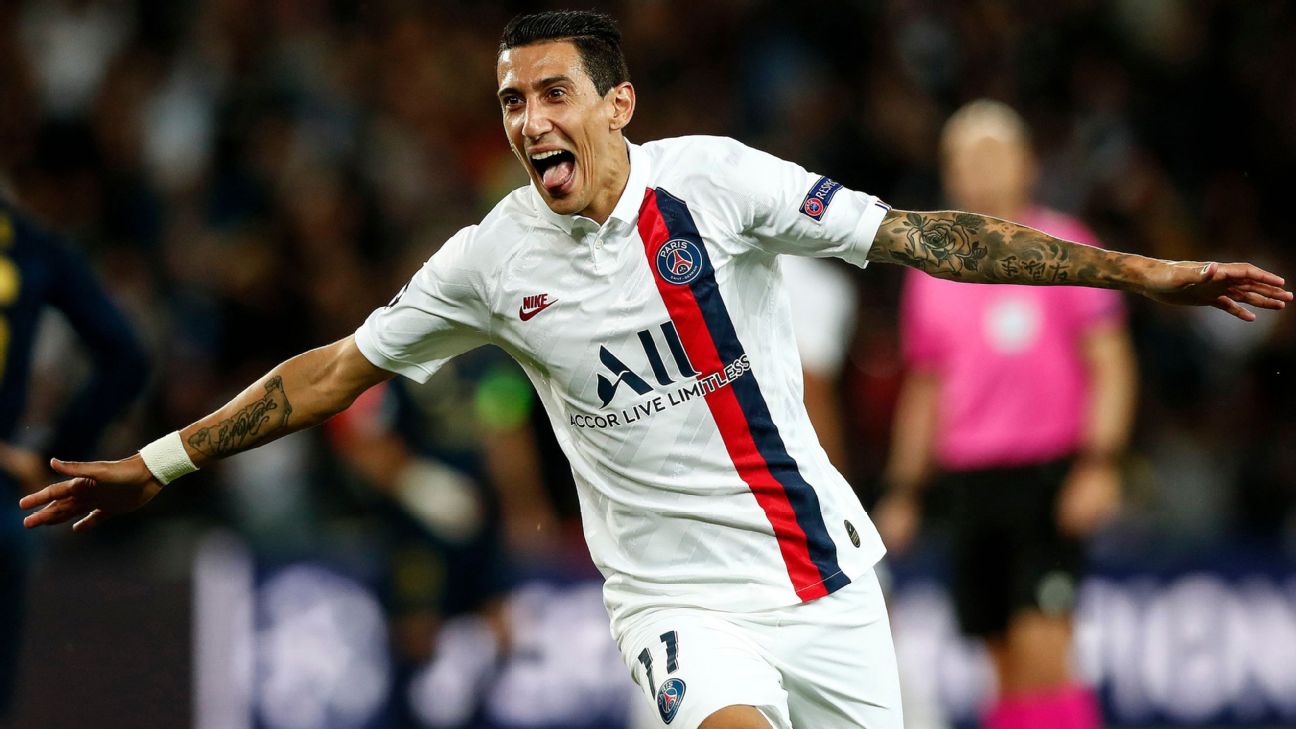 Angel Di Maria has told ESPN that Paris Saint-Germain made Real Madrid “weak” in their emphatic 3-0 Champions League win over the 13-time European champions on Wednesday.

Speaking after the final whistle, Di Maria refuted that Madrid were weak on the night and insisted the French champions were responsible for their opponents’ downfall.

“No, I think we made them weak,” the 31-year-old said when asked if PSG expected such a lacklustre Madrid display. “Running so much, pressing so hard and doing our passing — we know they struggle a lot trying to recover the ball. I think that was the most important thing we did.

“I am happy. Not because of the goals but because of how the game went. We trained for these past two days and it came out perfectly. This is the most important thing and we are very happy about that.”

Despite the result, Di Maria — who has now been involved in four of PSG’s last six Champions League goals and is only the third player to score at least twice against Madrid or Barcelona in continental competition — acknowledged it is just one result.

“No, this is just one game,” he said when asked about the difference between the two sides. “Real remain Real.

“When we went to the dressing room [at half-time] leading 2-0, we knew that, if we relaxed, Real could score three or four more goals if they got just one. So, we returned with the same intensity to ensure that did not happen.”

Di Maria spent four years with Real between 2010-14 and was a key figure in their 2013-14 Champions League success — a 10th title — before leaving for a short-lived spell with Manchester United.

“No, Real are special to me,” he said when asked if the result was particularly satisfying for him. “I spent four wonderful years there. I won the Champions League and I think it is something that will always remain in my heart.”

Di Maria also said it has not been the easiest start to the season with PSG because of the impact of the Copa America on the squad and a spate of early injuries.

“Yes, all good,” he said of his fitness. “I am very tired — we have played many games. We did not have the best preseason due to the Copa America. These matches are sometimes difficult. We have some injured players and we now have to try to recover as soon as possible.”