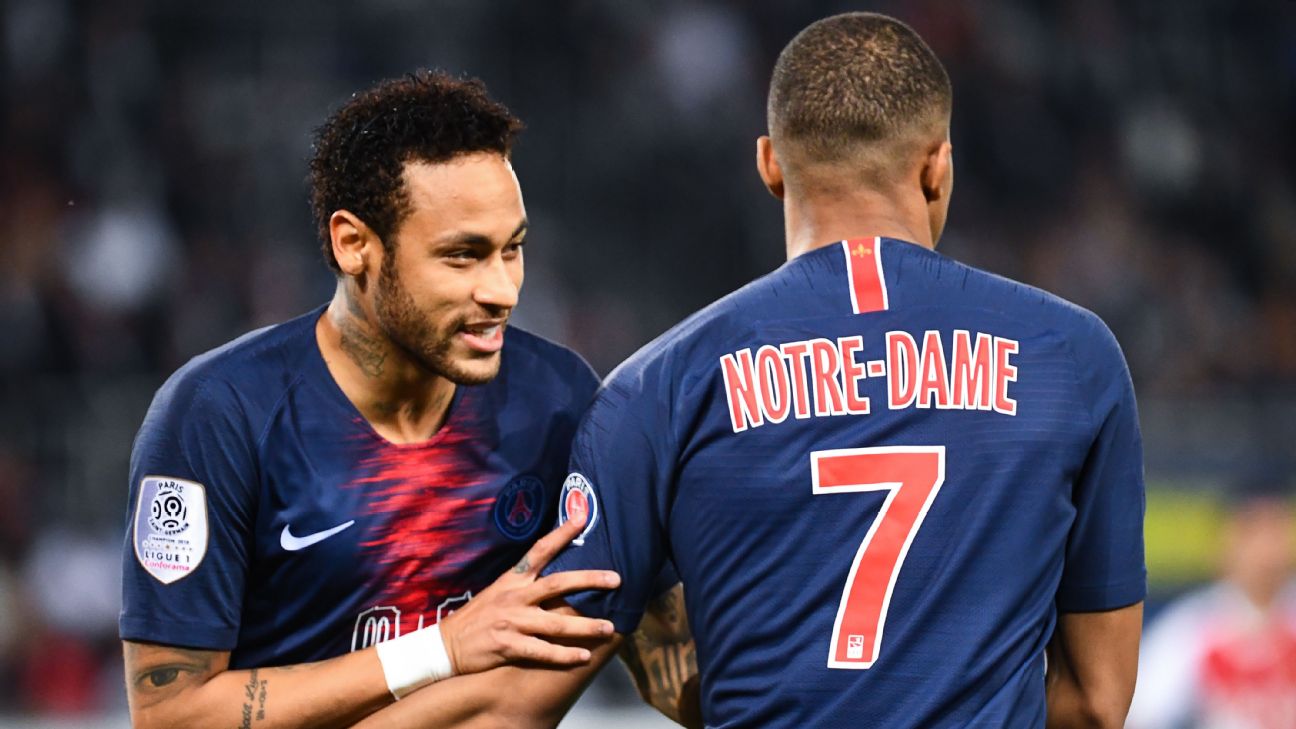 Paris Saint-Germain and Real Madrid will be both play their Champions League Group A opener on Wednesday without a laundry list of suspended and injured stars.

PSG have ruled out both Kylian Mbappe and Edinson Cavani in a medical update from the club.for the home match and Neymar is suspended for two games after lashing out at referees following the team’s round-or-16 exit to Manchester United in last year’s competition.

Real Madrid announced on Monday that Marcelo would miss the match due to a back injury, with the Brazilian joining Isco, Luka Modric, Marco Asensio and Fede Valverde as fitness casualties along with suspended duo Sergio Ramos and Nacho Fernandez.

“After the tests carried out today on our player Marcelo by the Real Madrid medical services, he has been diagnosed with a post-traumatic cervicodorsal injury,” Madrid said in a statement on Monday, without specifying how long he would be out.

The Brazilian, set to be replaced at left back by Ferland Mendy as the record 13-time winners’ make their European bow, joins the long list of injuries suffered by Madrid this season.

Mbappe and Cavani both suffered injuries during last month’s Ligue 1 home win over Toulouse and missed international duty with France and Uruguay, respectively, during the most recent break.

The pair have been training ahead of the Real clash but neither have been able to sufficiently prove their fitness, despite coach Thomas Tuchel revealing last week that both had trained well ahead of the victory over Strasbourg at Parc des Princes.

Mbappe took to Twitter to confirm the bad news: “It is now official — I will not start our European campaign at home against Real Madrid. I am very sad not to be able to play, but I will give the team all the support I can from the stands. I still hope to return at 100 percent and to give my best, as always.”

Summer signing Mauro Icardi, who made his debut as a substitute against in the last-gasp win over Strasbourg at the weekend, could well find himself needed as part of Tuchel’s starting XI vs. Real this midweek.