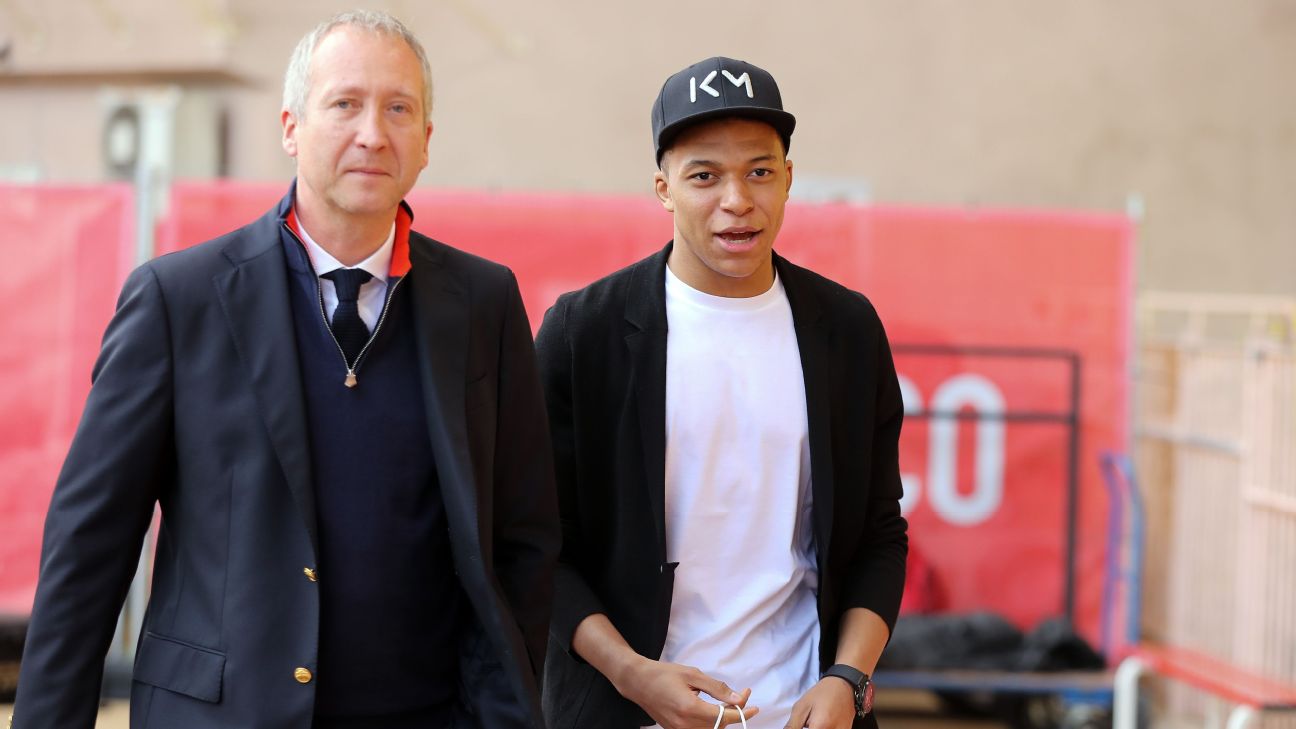 Paris Saint-Germain forward Kylian Mbappe will play for Real Madrid in the future, according to former Monaco vice-president Vadim Vasilyev.

The Russian was at Monaco for the start of Mbappe’s rise in the principality and also played a role in the 20-year-old France international’s PSG move.

Vasilyev said that, despite interest from some of Europe’s biggest clubs, Mbappe decided to stay in his homeland in order to further his development.

“Kylian told me: ‘Vadim, I feel it deep inside me — it is too early [to leave France],'” the 54-year-old told Telefoot. “‘I have only played in my country for one year.

“‘I am Parisian and I do not want to leave my country this way. I want to be a great player here, Real can wait.'”

Vasilyev added he was in no doubt that Mbappe would eventually end up playing for Real Madrid.

“It is coming [a move to Real Madrid], but he told me that was his feeling and he was right — I congratulated him last Monday,” Vasilyev said.

“I told him: ‘They will come knocking and the entire Santiago Bernabeu will applaud when you arrive. You do not need confirmation to know that.'”

Vasilyev and Mbappe had lunch together after PSG’s recent 4-0 thrashing of Marseille in Ligue 1 and added: “He is the same Kylian, the same competitor, the same guy who wants to win everything, everything and everything — no matter the cost.

“He has just grown in importance and grown up. Now, he is known all over the world. Kylian wants to win titles, so the Champions League, of course. One day, he has to win it — all the better if it is with PSG.”

Vasilyev also drew parallels between Juventus star Cristiano Ronaldo and Mbappe, with the France forward hungry to become the best.

“If Kylian does not play, he gets uncomfortable — sick, even,” he said. “He stays nice and himself, though.

“I know Cristiano Ronaldo, the Portuguese, and he wants to break every record — even at his age [34]. Kylian is the same, always eyeing records. He wants to go even further!”