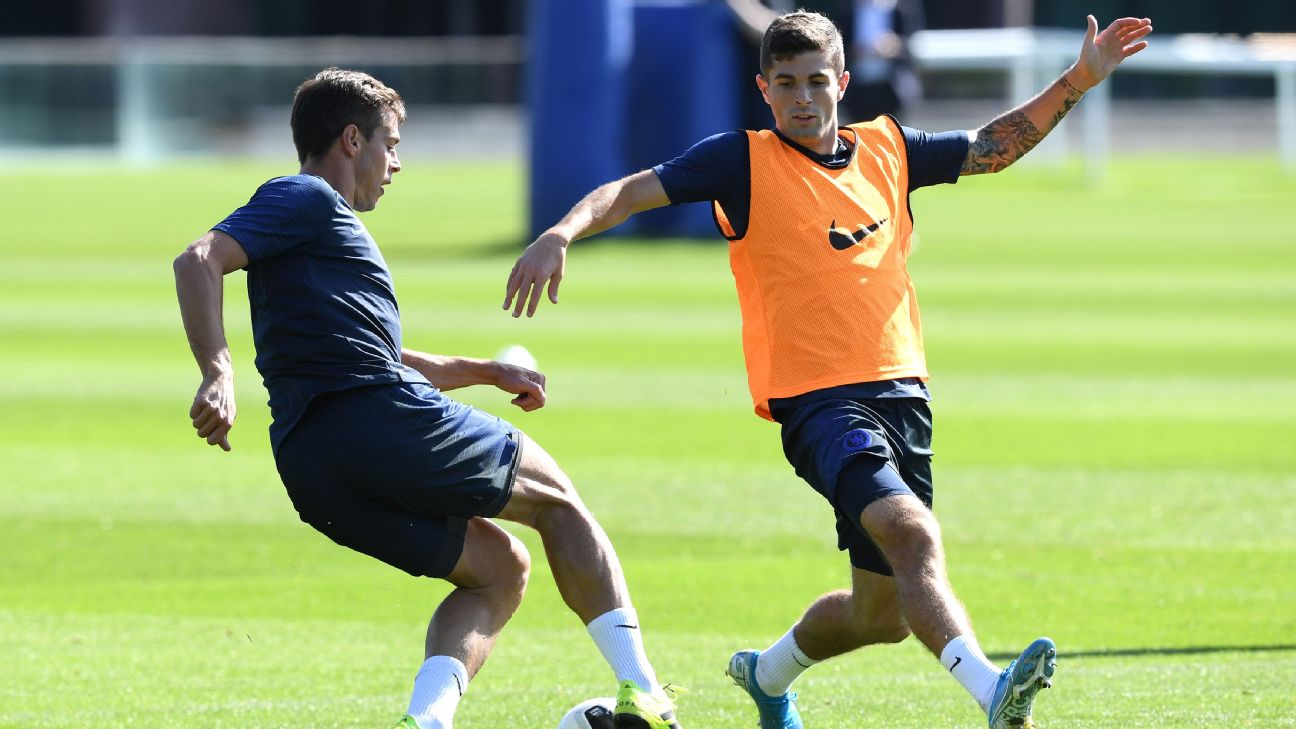 Klinsmann, who oversaw Pulisic’s development at national level, said he admired the 21-year-old’s decision to move from Borussia Dortmund to England, but acknowledged the winger must do more to fit into the Premier League.

“You never know it’s the right fit unless you do it,” Klinsmann said.

“Christian did well to say: ‘I’m going to throw myself in another cold water, go over to London and throw myself in the Premier League, and I have to fight through the system there.’ So that’s what he’s in.

“He’s a very special player, he’s tremendously talented, but this is a big step, because Borussia Dortmund was also basically the club where he got formed into a professional player.

“He came out of the youth system there, he moved himself up, he had all the support within the club and now going to London — also to one of the biggest clubs in the world — you got to bring your elbows out.”

Pulisic spoke this week about his frustration at his lack of playing time at Chelsea, but Klinsmann said he believed he has the ability to fight for a place in Frank Lampard’s team.

“He will go through a phase now where more and more he needs to bring his elbows out to fight himself through the system there,” Klinsmann said. “Can he do it? Yes, absolutely he can do it, but you need to be patient too, sometimes you forget he’s a very young player.

“You’re basically in a daily competition. Maybe in Dortmund he knew: ‘I established myself already within the club to be a very special player. I get my minutes in, I get my games in, I’m a starter most of the time.’

“You don’t have that automatic assurance at Chelsea. At Chelsea it goes from game to game, week to week. You’re basically in training and you have to tell the coach: ‘I’m in, I’m going to start this game.’ So it’s a little bit more cold, it’s a bit more nasty.

“What I mean with the elbows is that you have to become nasty in order to make yourself a starter.”

Pulisic signed for Chelsea from Borussia Dortmund in January, but was immediately loaned back to the Bundesliga side before joining the Blues this summer. ESPN+ will be the new home of the Bundesliga in the United States after reaching a multi-year agreement that will begin in August of 2020. The deal will include more than 300 top-flight games each season on ESPN+ and ESPN networks, as well as live streams of the DFL Supercup and relegation playoffs matches.

Pulisic joined Chelsea for a fee of £54 million and has not yet scored in six appearances for the club in all competitions, but Klinsmann emphasised the player’s ability, which he said he saw from a young age.

“He assured us: ‘No worries at all.’ But we made sure, so we played him very early as a 17-year-old just to lock him in. When you see this type of a talent, even if he’s only 16 or 17-years-old… I saw him at 15 in Florida at one of these showcase tournaments in December, where and two or three other kids were then brought over to Europe and left the United States at a very early age.

“When you see that type of talent, you got to make sure that he’s playing then for your national team. He evolved exactly the way we wished him to evolve.”