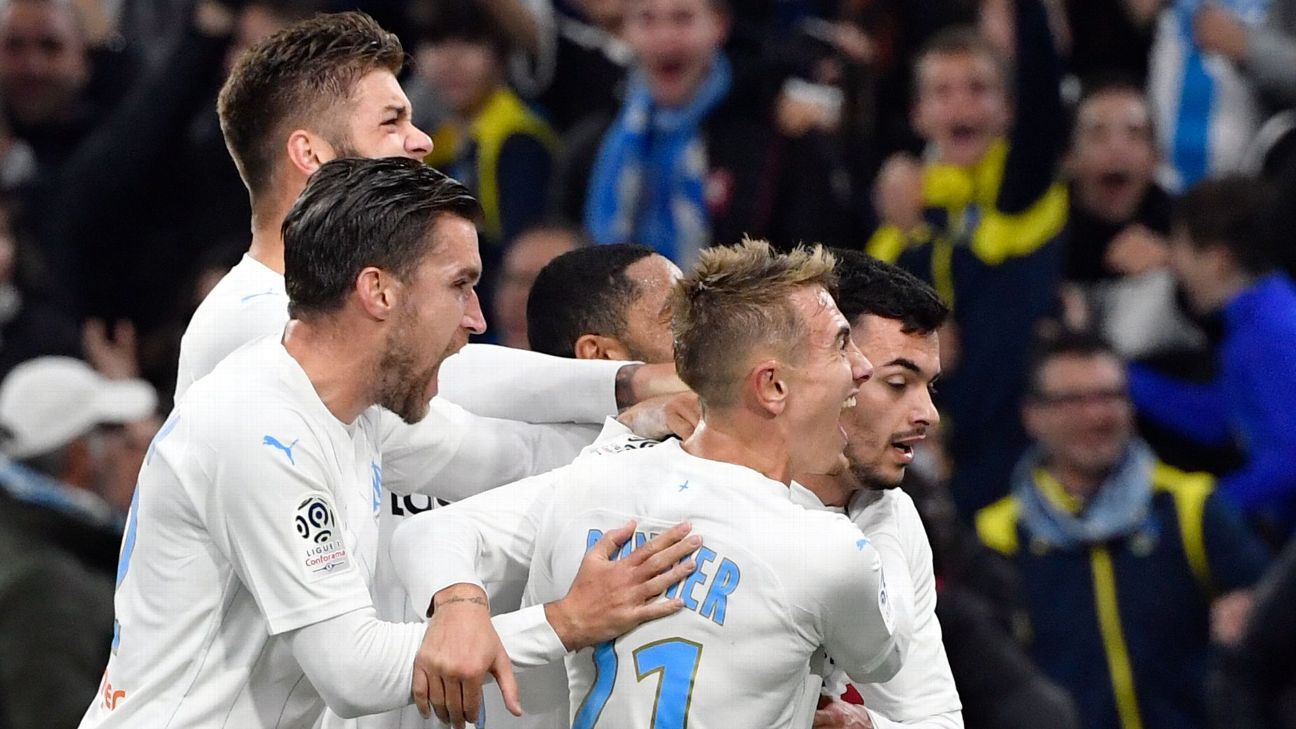 Marseille’s Nemanja Radonjic struck in the last minute for a 2-1 home win against Brest as they moved within five points of Ligue 1 leaders Paris Saint-Germain on Friday.

Second-half substitute Radonjic found the top corner a minute after Irvin Cardona had cancelled out Bouna Sarr‘s second-half opener to put second-placed Marseille on 28 points from 15 games ahead of PSG’s trip to AS Monaco on Sunday.

The hosts could have won by a bigger margin but Dimitri Payet and Valentin Rongier hit the woodwork in a lively encounter at the Stade Velodrome.

Marseille, who have now won their last four league games, lead third-placed Angers, who have a game in hand and who they will face on Tuesday, by four points.

Payet hit the woodwork in an entertaining opening period which also saw Irvin Cordona strike the post for Brest but neither side could break the deadlock.

Winger Sarr, however, latched onto a cross from Payet to put the hosts ahead in the 57th minute and that seemed enough for Marseille to extend their unbeaten home run to seven matches.

But Brest, who have won only one of their last 12 away league games, equalised in the 89th when Cardona chipped goalkeeper Steve Mandanda, only for Serbian midfielder Radonjic to send the home crowd into raptures a one minute later.