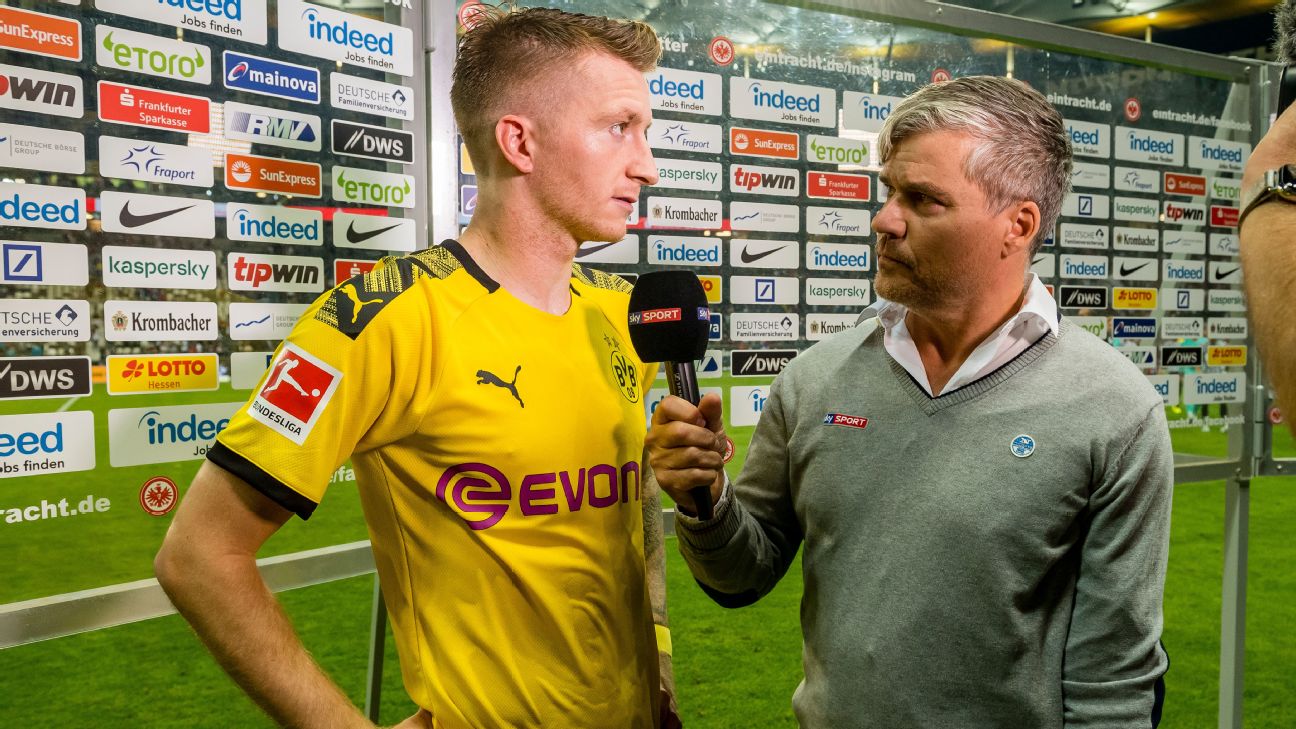 Marco Reus blasted criticism of Borussia Dortmund players’ mentality as a “pain in the ass” after Eintracht Frankfurt scored an 88th-minute goal to snatch a 2-2 draw on Sunday.

Last season, Dortmund had led the table for much of the campaign before a poor run of form in the opening months of 2019 saw them eventually miss out to Bayern Munich on the final day of the campaign.

Having held a nine-point lead at one stage, missing out on the title in such a way led to question marks over the Dortmund players’ mentality — and that issue has resurfaced following the draw in Frankfurt. But Reus said this is just an easy excuse.

“Honestly, that mentality s— you keep talking about, it’s just a pain in the ass,” Reus said after the match. “Is that all you come up with?

“That the 2-2 was a mentality problem? We were stupid, of course, but just don’t mention that mentality s—. The same s— week in, week out.”

Dortmund twice took the lead through goals from Axel Witsel and later Jadon Sancho in Frankfurt but Andre Silva had equalised at 1-1 and later a Thomas Delaney own goal gave the hosts a share of the points.

The draw came two Bundesliga matches after their disappointing 3-1 defeat away to newly-promoted Union Berlin.

Dortmund sit third in the table behind Bayern and leaders RB Leipzig.