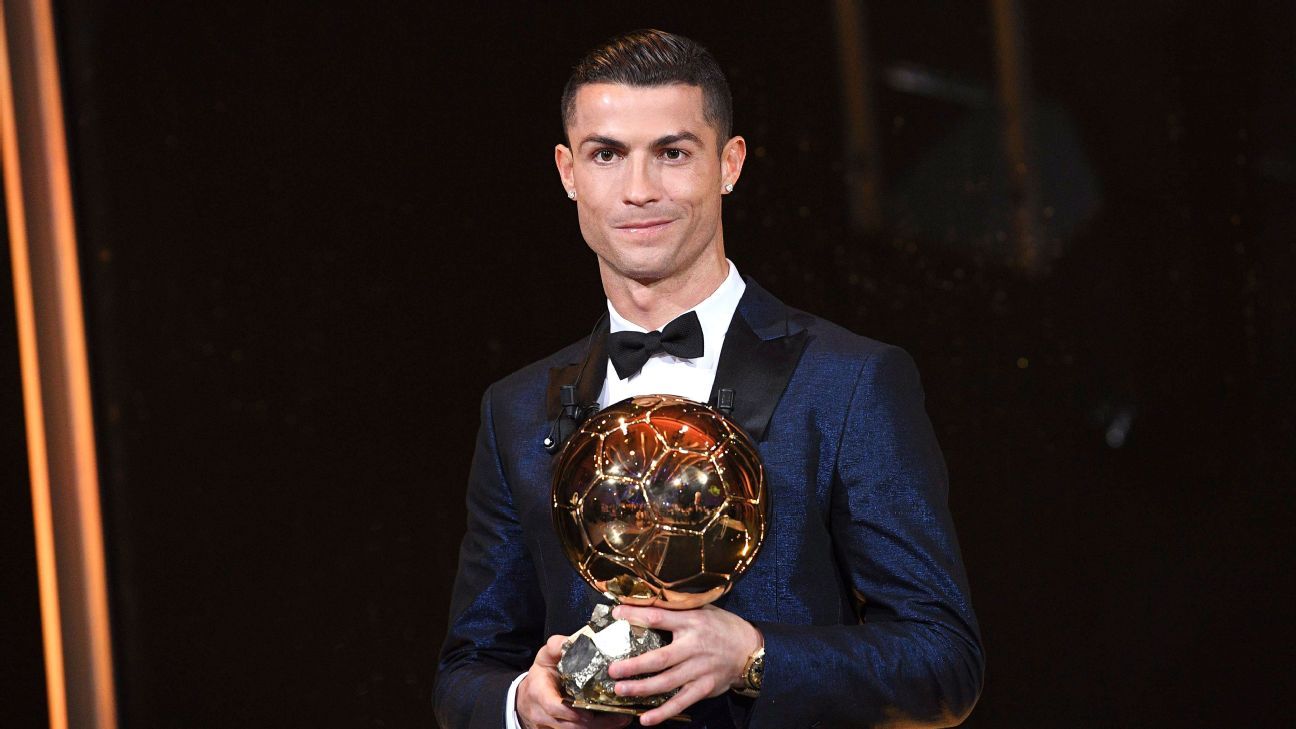 Juventus and Portugal superstar Cristiano Ronaldo has likened the Ballon d’Or to the Nobel Prize as he challenges for his sixth title.

Speaking with France Football after making the 30-man shortlist for the 2019 award, the 34-year-old made the comparison when revealing that he has learned from the likes of Michael Jordan and others — not all athletes — and their excellence.

“I have learned from him like I have learned from all of those who have excelled,” Ronaldo said on Tuesday. “I am not just talking about sport either. I like to read things on the Nobel Prize — who has invented, generated, created or developed something.

“The Nobel Prize for these guys is like the Ballon d’Or for me. I like to know why they invented something and how they did it — it is important, and it helps me to get even better.”

Ronaldo also said he wants to remain at the top of football’s elite for as many years as possible, and that he would only play “important games” if it were up to him.

“The national team games and the Champions League games are the type of games that motivate me most,” said the Portuguese captain, who has five Champions League winners’ medals to his name. “Games where you are playing for something, in a difficult environment with pressure. You have to be a professional and up to the standard every day to honour your family as well as the club that you represent and that pays you.”

The former Manchester United and Sporting CP man rose high before acrobatically firing the ball into the corner of the net with an incredible bicycle kick.

“It was a goal I had tried to score for many years,” he said. “It came at the crucial time, in an important game, against a great team and an exceptional goalkeeper, [Gianluigi] Buffon. You have to look at the height when I strike the ball. It was more than 2.4 metres. It is incredible. For me, it is the bicycle kick [that had] never [been] scored. And I do not say it because I did it.”

Now within 100 goals of Josef Bican’s all-time record of 805, Ronaldo admitted it is a record he could turn his attention towards, but also claimed he will not place too much importance on it.

“Looking at it that way, it could be an objective as I am not that far off,” he said. “However, beating a record should never become an obsession. Everything I have in life has come naturally. What I am saying is that it has been a consequence of my efforts, not my objectives. If you focus on one goal to achieve, it gets in your head. It is when we are enjoying ourselves that the greatest things happen.

“That said, if I could beat that record…”

When asked to describe his qualities as a player, Ronaldo called himself “a complete player, without any weaknesses” but added “perfection does not exist,” even if he works to become “the perfect footballer — or as close as possible.”

Ronaldo’s secret of his success is “first talent, as without it you cannot do much. However, talent without work serves for nothing. Nothing falls from the sky. I would never have become who I am without my work ethic.”

Ronaldo joined Juventus back in the summer of 2018 from Madrid in a €100m transfer and is tied to the Italian giants until June 2022.

“My aim is to keep myself young as I get older,” he said. “In other words, to remain competitive. Approximately 70 percent of my life is football. You have to be intelligent to last. I call it the education of a player. You have to look after your life, nutrition and sleep.”

Ronaldo believes he has lasted in football’s elite between 16 years of age until now because he has “done things in order,” as well as his “capacity to adapt” and “leave his comfort zone to face danger.”

Ronaldo describes his rivalry with Barcelona captain Lionel Messi as “healthy,” as it allowed both “to be better” while in Spain, “but more than anything, my motivation does not depend on others — I want to constantly be in top shape.”

A Euro 2016 winner in France, Ronaldo says he will have time to admire his career once he hangs up his boots and spends time with his family.

“I have been sacrificing myself for 15 years. After, I will admire what I have done. More than that, though, what I will do is enjoy my friends, my family, see my children grow up and study. I savour the present. I want to transmit my life experience. Not now, though, I still have a lot to give.”