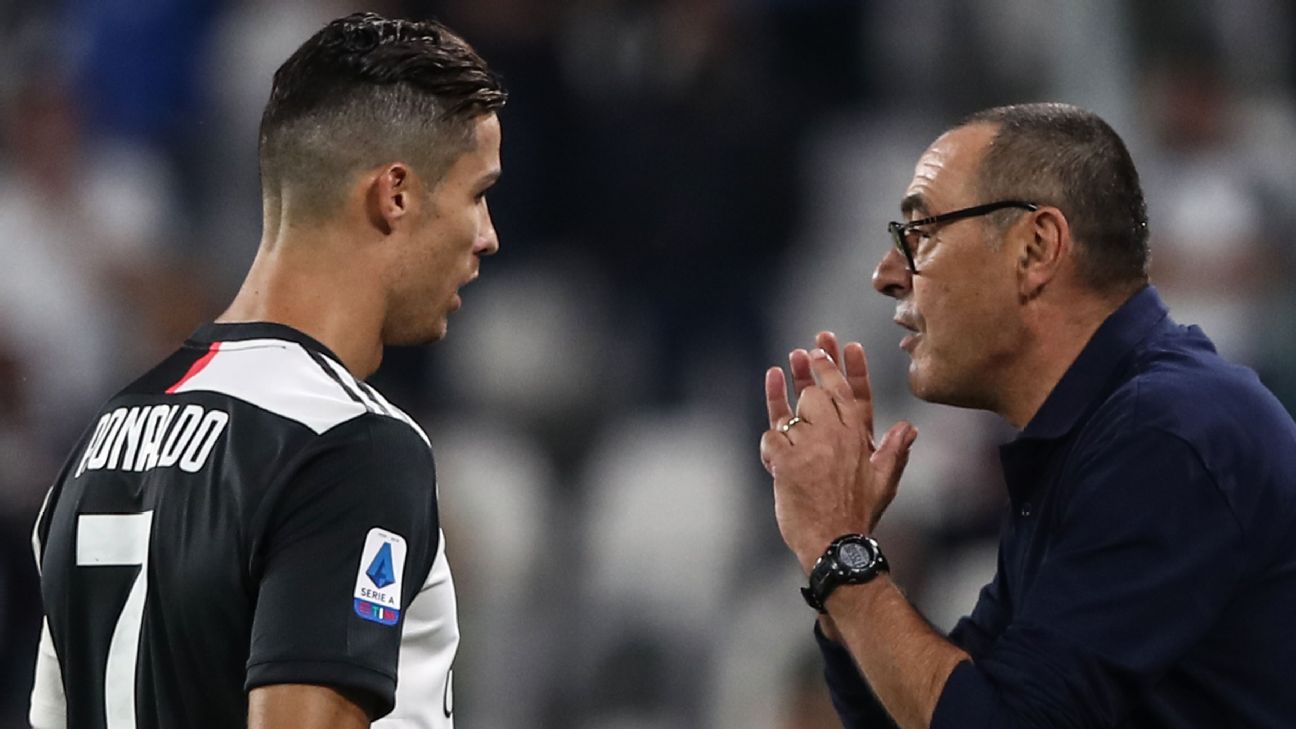 Juventus bought Cristiano Ronaldo to improve their chances of winning the Champions League, so when they were knocked out by Ajax, many considered his first season with the Bianconeri to be a failure. However, since joining Juventus, his general performances have been far better than those in his final couple of years at Real Madrid, even if his goals-to-games ratio hasn’t been as prolific.

During his final years at the Bernabeu, he completely changed his game. He featured less in buildup play but became a great goalscorer. Although starting most games on the left of a front three, he focussed almost entirely on being in central positions to get on the end of crosses. His movement, leaping ability and anticipation made him as potent as any striker in world football.

His transformation had started even earlier for Portugal. During their victorious European Championship campaign, the attacking game plan was based around Ronaldo’s ability in the air, as Wales found out to their cost in the semifinal. In that tournament, Ronaldo rarely attempted to beat defenders with the ball or make runs behind them without it, which suggested to me that his pace and power were beginning to desert him.

Yet since he has been at Juventus, he looks fitter, more athletic and hungrier to be involved in all aspects of their attacking play. As he did when he was younger, Ronaldo goes past defenders with pace and trickery, makes dynamic runs behind defences, and his interplay with teammates has been inventive. He also has regained the ability to get shots away when there doesn’t seem any space to do so.

On taking charge, Juve boss Maurizio Sarri stated that Ronaldo had license to roam to maximise his effect on the game. As a result, Sarri has had to adjust his tactics, which goes completely against his beliefs and principles; it’s the reason we’re seeing disjointed performances from his team.

Matuidi is the key man

At Napoli and Chelsea, the former Empoli coach used a rigid 4-3-3 formation both with and without the ball. But with Ronaldo continually moving away from his position on the left, Juventus are often unbalanced and out of shape when they lose possession. Therefore, they’re unable to press the ball from the front and have become vulnerable to teams that switch play quickly to their right-back. In the opening game of the season, Parma relentlessly targeted the space Ronaldo had vacated with long diagonal passes to Vincent Laurini.

If Sarri uses his preferred formation, the player who becomes vital is Blaise Matuidi. He has the energy, game understanding and skill set to play a multifunctional role on the left of a central midfield three.

Defensively, he’s required to tuck in alongside Miralem Pjanic and Sami Khedira when the opposition attack down Juve’s right, confronting the right-back when he breaks forward and giving left-back Alex Sandro cover in the defensive third. In possession, he breaks forward through the inside-left channel, as he did for his goal against Atletico Madrid, gives width when required and links up with Sandro as Ronaldo goes into a central position. It’s a similar role to the one he played in the World Cup Final when Antoine Griezmann went infield to support Olivier Giroud.

Summer signing Adrien Rabiot is a more creative player than Matuidi but doesn’t have all the attributes needed to be as effective as his compatriot.

Last year, then-manager Massimiliano Allegri had the same conundrum with imbalance but used Mario Mandzukic as the solution, instructing him to adjust his position according to Ronaldo’s movement. Gonzalo Higuain can’t be relied upon in the same way because he doesn’t have the defensive mentality or mobility.

In the past three games, Sarri has changed to a midfield diamond with either Aaron Ramsey or Federico Bernardeschi in the No.10 position, but that has only increased their vulnerability to any switches of play from both sides. It also gives Matuidi and Khedira even more ground to cover. This change of formation suggests that Sarri hasn’t yet figured out how to get the best out of his star player and the rest of the team.

Sarri is also undecided about who should play up front with Ronaldo. Going into the preseason, most thought that Higuain’s opportunities would be limited, but a second-half cameo against Spurs, which included a brilliantly crafted goal, gave Sarri encouragement that they could work well with each other. During the first five games of the season, Higuain and Ronaldo combined intermittently, but there was a greater understanding against Leverkusen, highlighted by the approach play to Bernadeschi’s goal. Another option, Paulo Dybala, did cross for Ronaldo to score against SPAL and set up his goal against Leverkusen, but he doesn’t appear to be a favourite with the new coach.

To maximise Ronaldo’s prowess in the air, Douglas Costa, Bernardeschi and Juan Cuadrado have all had an opportunity to start from the right to deliver crosses. Costa started the season in the first XI but injury has hampered his progress, while Bernardeschi lacks confidence despite his goal on Tuesday. Cuadrado will be used more as a counter-attacking player in games away from home, as he was against Atletico Madrid, but with full-backs Mattia De Sciglio and Danilo injured, he will continue to deputise at right-back instead.

Teams coached by Sarri have always had clear patterns of play and a recognisable game plan, but as of yet, that isn’t the case with Juventus. Opponents are starting to notice this, too.