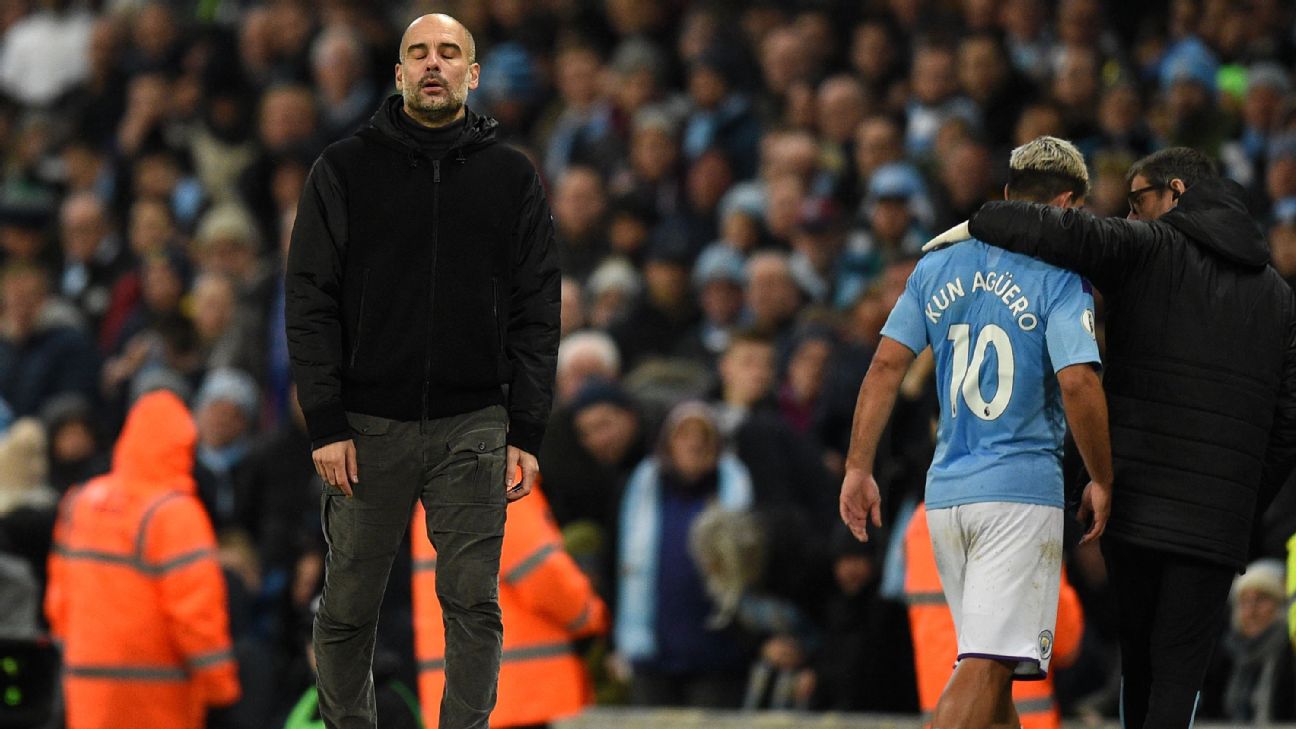 Manchester City striker Sergio Aguero is a doubt for the derby with United after limping off during the 2-1 win over Chelsea on Saturday.

The Argentine, who has scored 13 goals this season, was forced off in the second half at the Etihad Stadium after a challenge from Reece James and is set to undergo a scan on Sunday.

“We will see but it doesn’t look good,” said Guardiola. “I think it’s muscular. He thought it was a kick but i think he stretched a little bit.

“He is going to be out some days during the toughest part of our season.”

“With Rodri and David they were problems with cramp and tiredness,” said Guardiola. “Rodri went a month and a half without playing many games.

“This kind of game is so demanding because the physicality is incredible. That’s why it happened.”