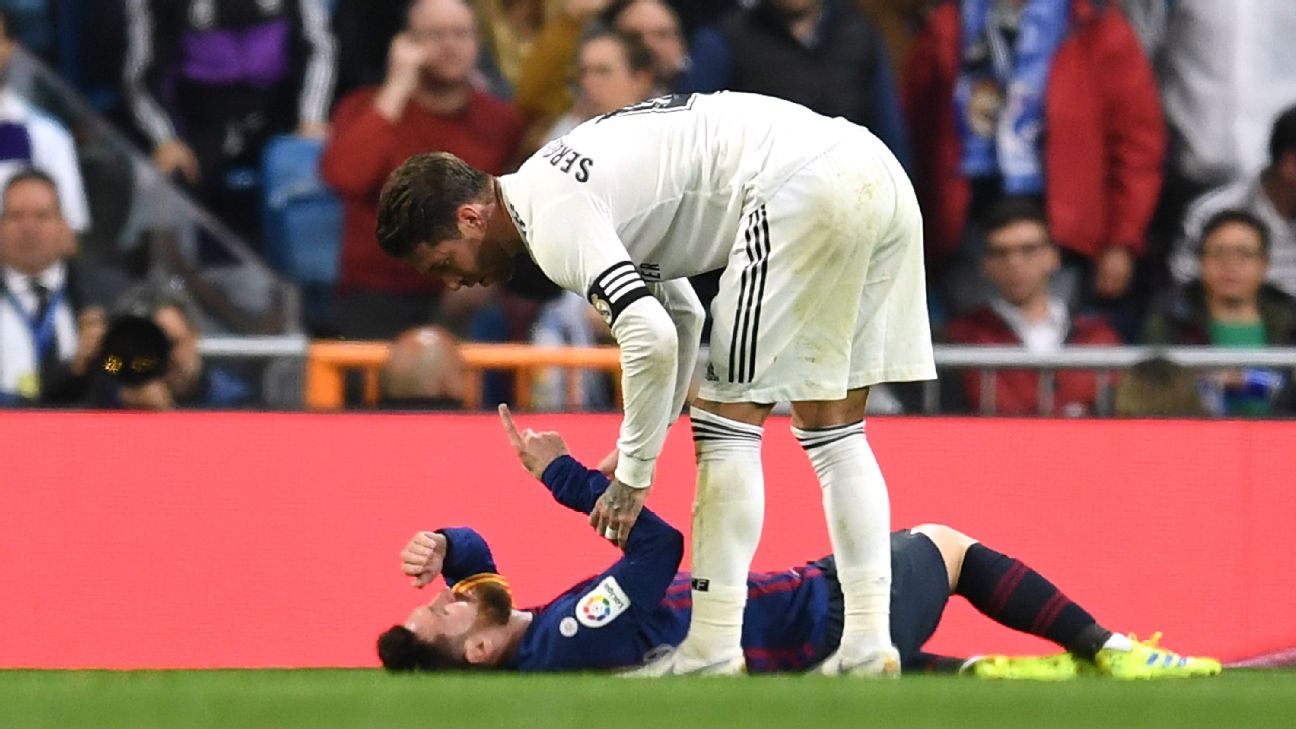 Real Madrid captain Sergio Ramos has complained that his team will be at a disadvantage heading into the Clasico against Barcelona on Dec. 18 due to the game’s rescheduling.

Madrid will have 29 hours less to prepare for the league game at the Camp Nou than Barcelona. Barcelona’s last game before the clash will be at Real Sociedad on Dec. 14 at 4 p.m. local time while Madrid host Valencia on Dec 15 at 9 p.m. local time.

“In the end, the only ones that are at a disadvantage by this are us,” Ramos said in Thursday’s press conference before Spain’s Euro 2020 qualifier against Malta. “It’s a pity that we didn’t play the Clasico when it was meant to be played [on Oct. 26] because both teams would have gone into that Saturday game having had the same [rest].”

The Clasico on Oct. 26 was rescheduled due to political unrest in Catalonia. Ramos’s comments come despite both clubs agreeing on and proposing that date.

“There is still a possibility to change that [date] and we hope for our sake that this will be the case,” Ramos said. “If that cannot be done, then we will go to the game with the same mentality, which is to win it.”

Ramos, who is on international duty with Spain, also gave his view on the Spanish FA’s announcement this week that the Spanish Super Cup will be played in Saudi Arabia the next three years. The decision to stage the tournament in Saudi Arabia has been criticised because of the country’s breach of human rights, especially women’s rights.

“We, the players, can’t do anything about that,” Ramos said. “It’s something that comes from above. Sport can unite and anything that can help in that respect, is welcomed. We have to try to find that balance. If that Spanish Super Cup helps bring changes in that country, then we will be proud one day that we have contributed to that.”

Ramos, meanwhile, said he is delighted watching club teammates Gareth Bale and James Rodriguez train with Wales and Colombia, respectively. Bale has not played a minute since a Euro 2020 qualifier against Croatia on Oct. 13 while James has missed Madrid’s past four matches. Muscle problems kept both players out of Saturday’s 4-0 win at Eibar.

“It’s a club issue,” Ramos said. “I’m happy that Bale has been training with Wales because it means that when he is back [from international duty], he will be available to play for us. Time puts people in their place. James and Bale are going to be very important for us. The sooner they get back to fitness, then the better it is for us.”