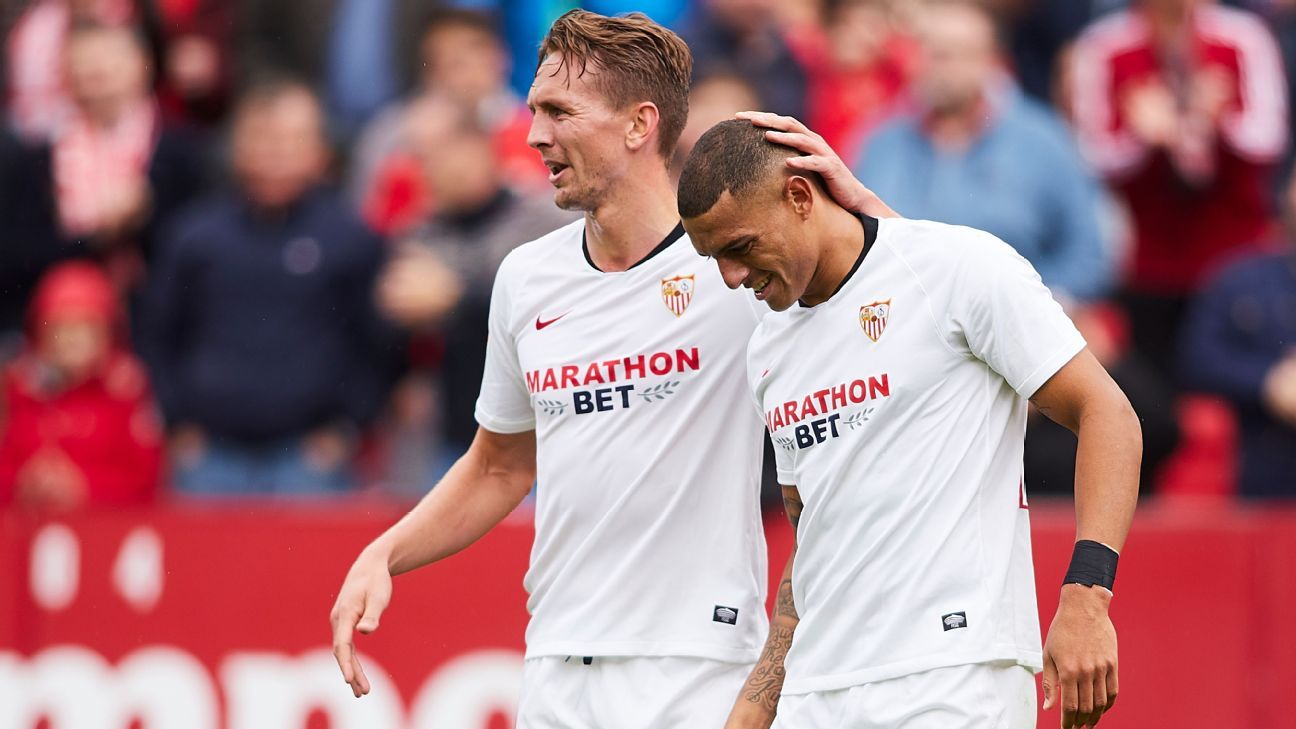 Sevilla beat basement club Leganes 1-0 at home in an enthralling encounter on Sunday to climb up to second in La Liga.

The win lifted them to 30 points after 15 games, one behind leaders Real Madrid, who have a game in hand, although Barcelona, on 28 points, will climb back above both sides if they beat Atletico Madrid later on Sunday.

Sevilla defender Diego Carlos struck the only goal in the 63rd minute of an end-to-end game, blasting into the roof of the net from close range inside a crowded penalty box after Jules Kounde‘s overhead kick was parried.

Leganes produced a gutsy and bold display and created numerous chances to score throughout the game, with Moroccan forward Youssef En-Nesyri almost giving them the lead with a vicious bicycle kick early in the second half.

They laid siege to Sevilla’s area in added time but Julen Lopetegui’s side clung on, surviving nervy final seconds when a VAR review took place to determine whether the visitors should be awarded a penalty for pushing in the box.