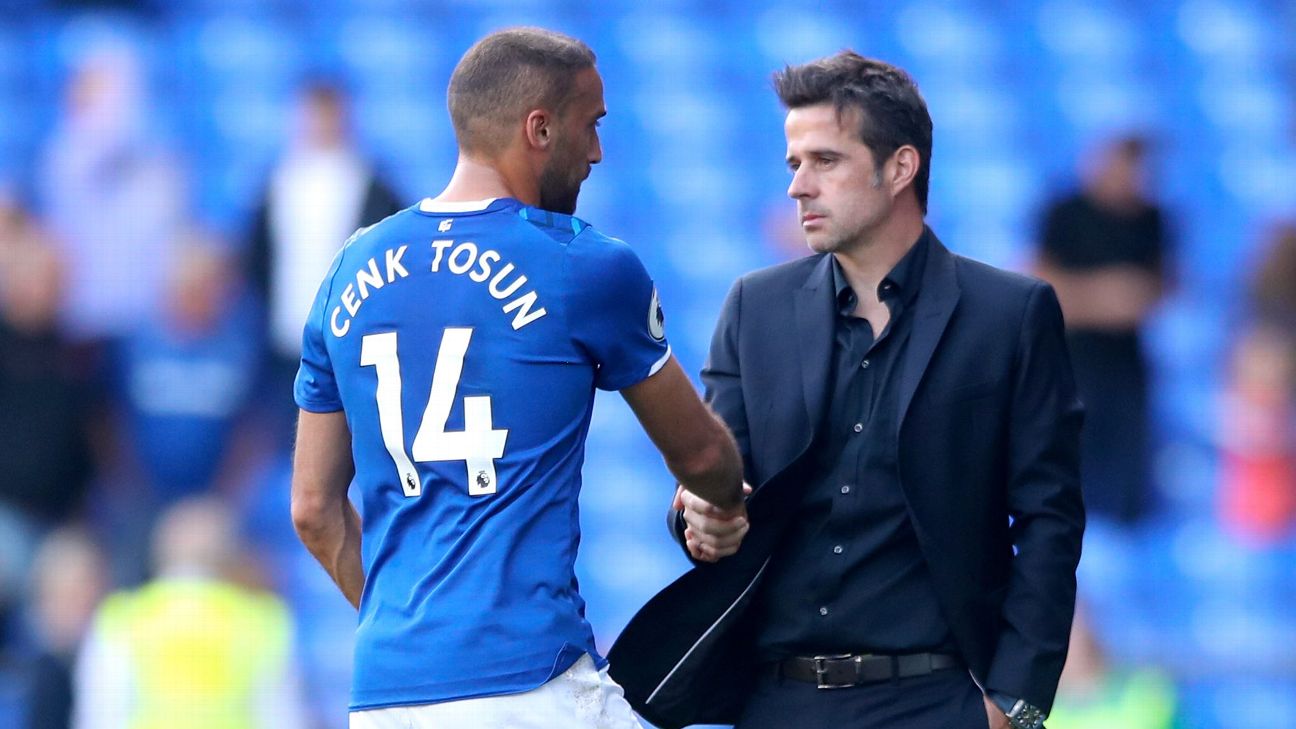 Everton manager Marco Silva has accused his underperforming players of “hiding” after a disappointing start to their Premier League campaign.

The Merseyside club have suffered defeats in three of their past four Premier League matches, the latest coming at home against newly-promoted Sheffield United last weekend, putting Silva’s position under pressure.

Ahead of Tuesday’s League Cup trip to Sheffield Wednesday, Silva did not hold back with the criticism and demanded a reaction from his players.

“It is not the moment for anyone to hide,” Silva told British media. “I said it inside the dressing room, too [after the Sheffield United defeat] — there is nowhere we can hide, we have to show stronger character, personality.

“It is a moment for us to go and play football and to take responsibility as well … I am ­always here for our fans, I will not hide, no one can hide.”

However, Silva’s side currently sit 14th in the league standings with seven points from six matches.

The situation at Goodison Park has not yet reached a crisis point but Everton face a critical run of fixtures ahead of next month’s international break, including a home league match against reigning champions Manchester City.

While Silva refused to discuss whether he would make wholesale changes to the squad, he said the match against Sheffield Wednesday had become “really important.”

“We have to look at ­respecting the competition, respecting our goals for that competition and what we want to achieve in it,” he added.

“We have to be strong, we want to go to the next round, so that is what we want, a reaction in this game.”