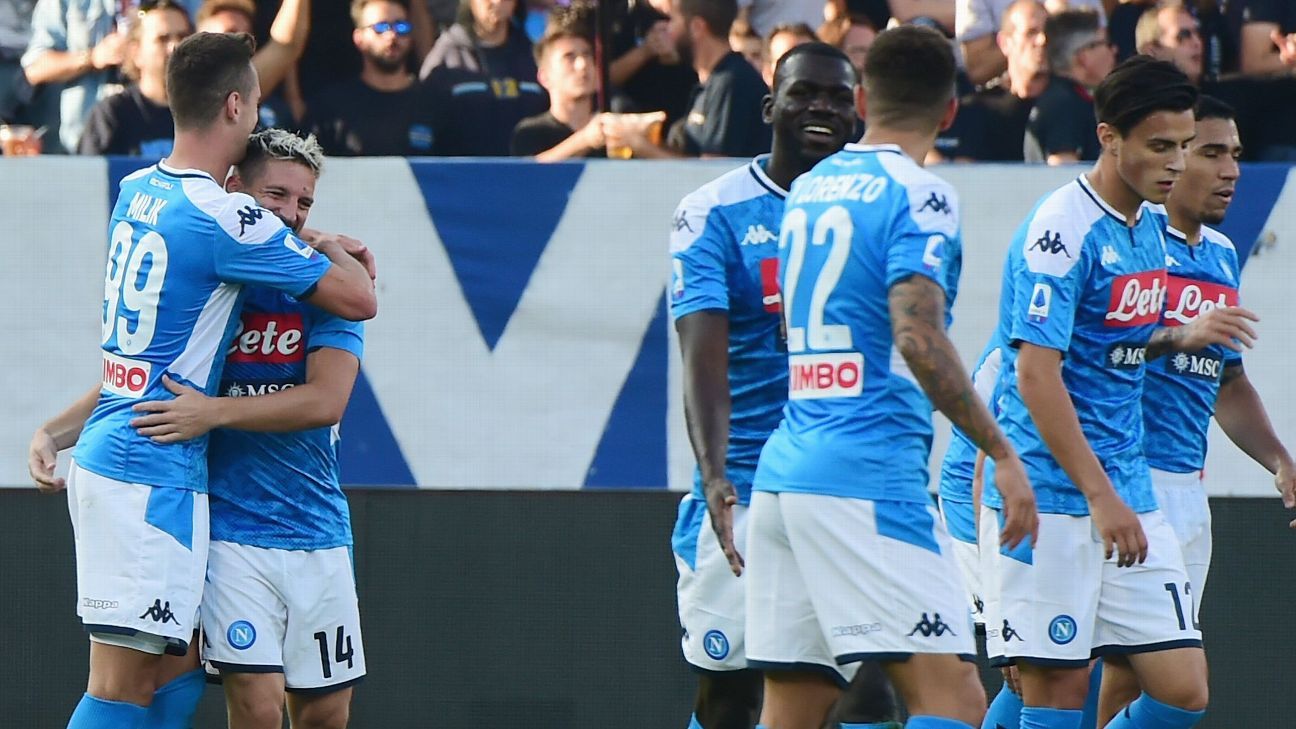 Napoli failed to gain ground on Serie A pacesetters Juventus and Inter Milan as they were held to a 1-1 draw at struggling SPAL on Sunday.

Arkadiusz Milik put Napoli in front early in the first half but Carlo Ancelotti’s side were soon pegged back by a Jasmin Kurtic strike.

Substitute Fabian Ruiz hit the post for the visitors as they pushed for a winner after the break, but the home side held on to avoid defeat for just the third time this season.

Leaders Juventus (23 points) and second-placed Inter (22) were held to surprise draws by Lecce and Parma respectively on Saturday, but Napoli’s draw left them in fourth place on 17 points.