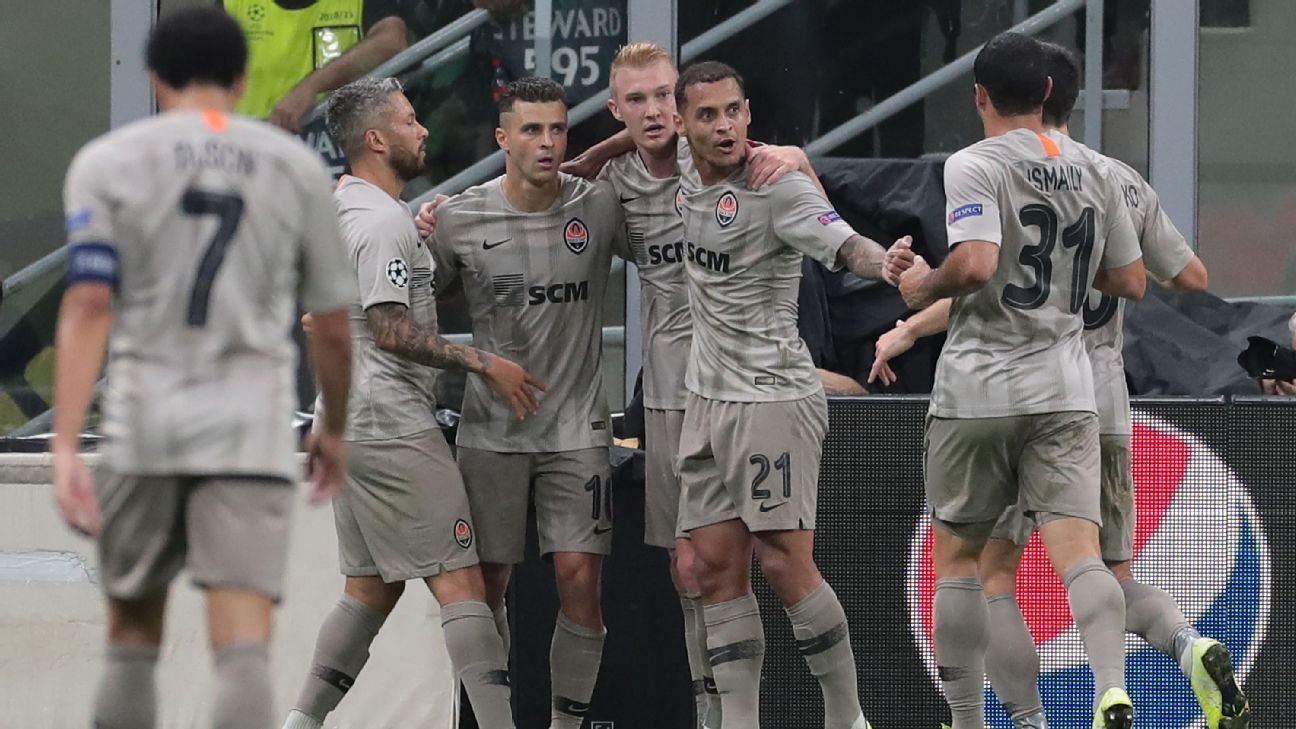 A goal deep into stoppage time by substitute Manor Solomon snatched all three points for Shakhtar Donetsk as they beat Atalanta 2-1 in their Champions League Group C clash in Milan on Tuesday.

The Italians were looking to bounce back from an embarrassing 4-0 opening-day defeat to Dinamo Zagreb, while Donetsk were also looking for their first points of the campaign, having been beaten 3-0 at home by Manchester City.

With their home ground in Bergamo falling short of UEFA’s standards, Atalanta have been forced to play their European games at the San Siro stadium in Milan, some 60 kilometres from their home.

Atalanta missed a golden chance to take the lead when Josip Ilicic‘s 16th-minute penalty was saved by Andriy Pyatov, but the goalkeeper failed to cut out a cross 12 minutes later and Colombian striker Duvan Zapata headed his side in front.

Shakhtar hit back just before halftime, Junior Moraes rounding the keeper to slot home the ball past the despairing slide of Jose Luis Palomino, and Brazilian midfielder Marlos slammed a free kick off the crossbar just before the break.

The visitors had looked content to absorb Atalanta’s late pressure and settle for a point but a counter-attack deep into stoppage time ended with Solomon picking up fellow substitute Dodo‘s pass and rifling home the winner for Shakhtar.

The result leaves Atalanta still bottom of the group with no points.