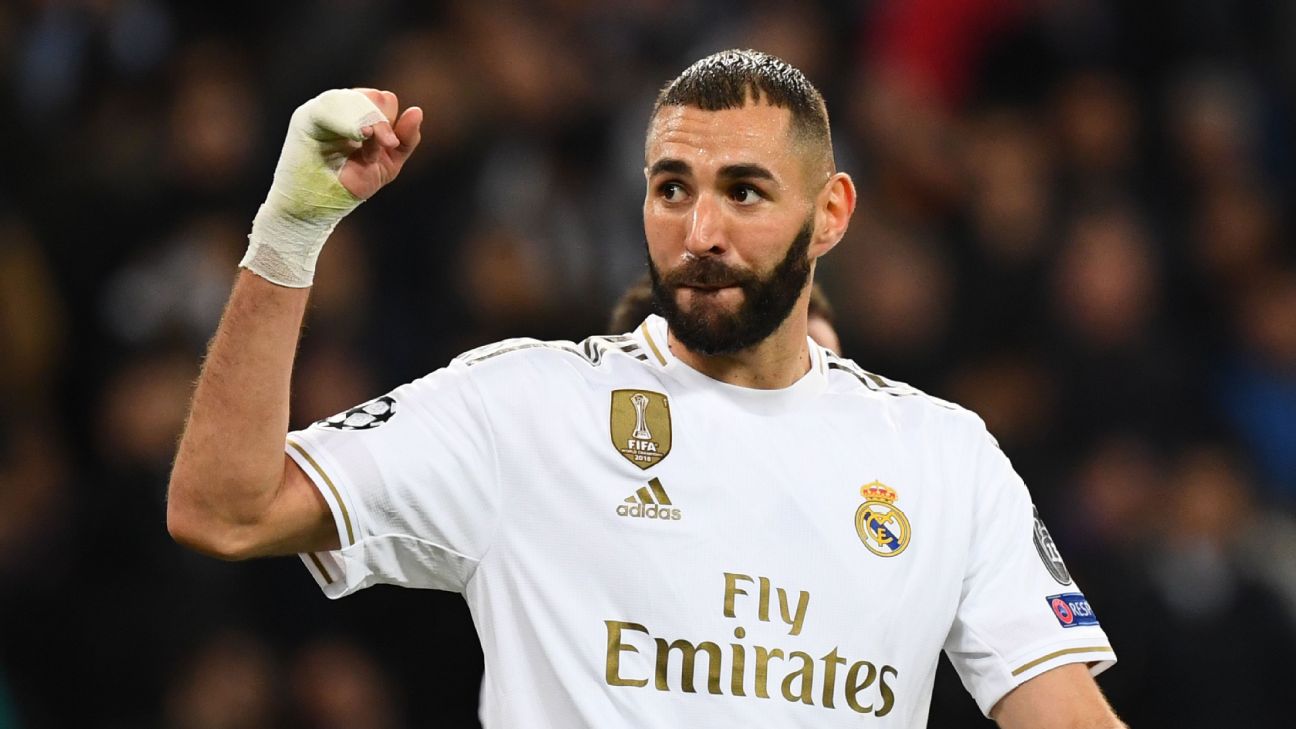 Karim Benzema is considering a two-year contract extension offer from Real Madrid with a substantial salary increase, sources close to the player have told ESPN FC.

The French striker is enjoying the best form of his career, becoming the undisputed leader of Madrid’s attack since the departure of Cristiano Ronaldo in 2018.

Benzema, who turns 32 in December, signed a deal two years ago that expires in 2021.

Real Madrid want to extend that to 2023 and raise his wages closer to those of top earners Sergio Ramos and Gareth Bale, in recognition of his status as a key member of the team.

Sources have told ESPN FC that the player is considering the offer and wants to be certain of his importance to Madrid’s future plans before signing.

However, that decision-making process is expected to be relatively brief, as Benzema has little interest in moving elsewhere.

The striker arrived at Real Madrid as a 21-year-old a decade ago and has always been considered a favourite of president Florentino Perez.

In that time he has often faced criticism for a perceived lack of cutting edge, scoring a career-low five league goals in 2017-18.

When Ronaldo left, Benzema rediscovered his scoring touch, finding the back of the net 21 times in La Liga last season.

He has league nine goals so far in 2019-20, seven more than any of his teammates, and has seen off competition from €60 million summer signing Luka Jovic.