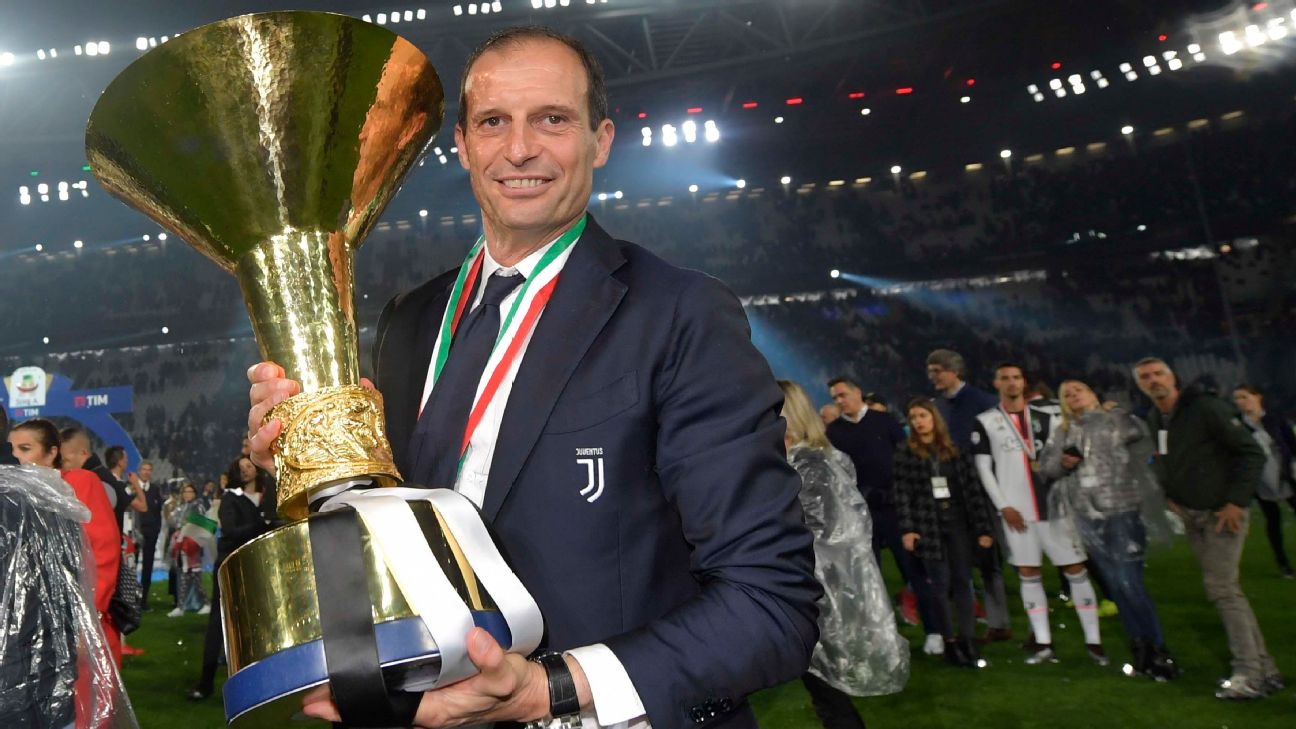 Former Juventus boss Massimiliano Allegri will not accept another managerial role this season and is taking a sabbatical, according to ESPN FC sources.

The Italian left his post as Juventus boss in the summer after five seasons with the club, where he won the Serie A title in each season as well as the Coppa Italia in his first four.

He also led the club to the Champions League final on two occasions, also picking up the Italian Supercoppa on twice.

Recent reports had seen Allegri, 52, linked to the Manchester United job, following an underwhelming start to the campaign for the Old Trafford side, but sources have told ESPN FC, he does not want to take a new job midway through the campaign.

Allegri, who also won a Serie A title with AC Milan in 2011, will look at the positive outcomes other top level managers enjoyed following a one-year sabbatical.

After leaving Barcelona in 2012, Pep Guardiola spent a year away from the game before taking over at Bayern Munich in 2013.

Both Thomas Tuchel, who left Borussia Dortmund, and Luis Enrique, also after a spell with Barca, spent the 2017-18 season away from the game before being named Paris Saint-Germain and Spain managers respectively.

Antonio Conte spent a year away from the game after leaving Chelsea in 2018 before he was hired by Inter Milan this past summer.