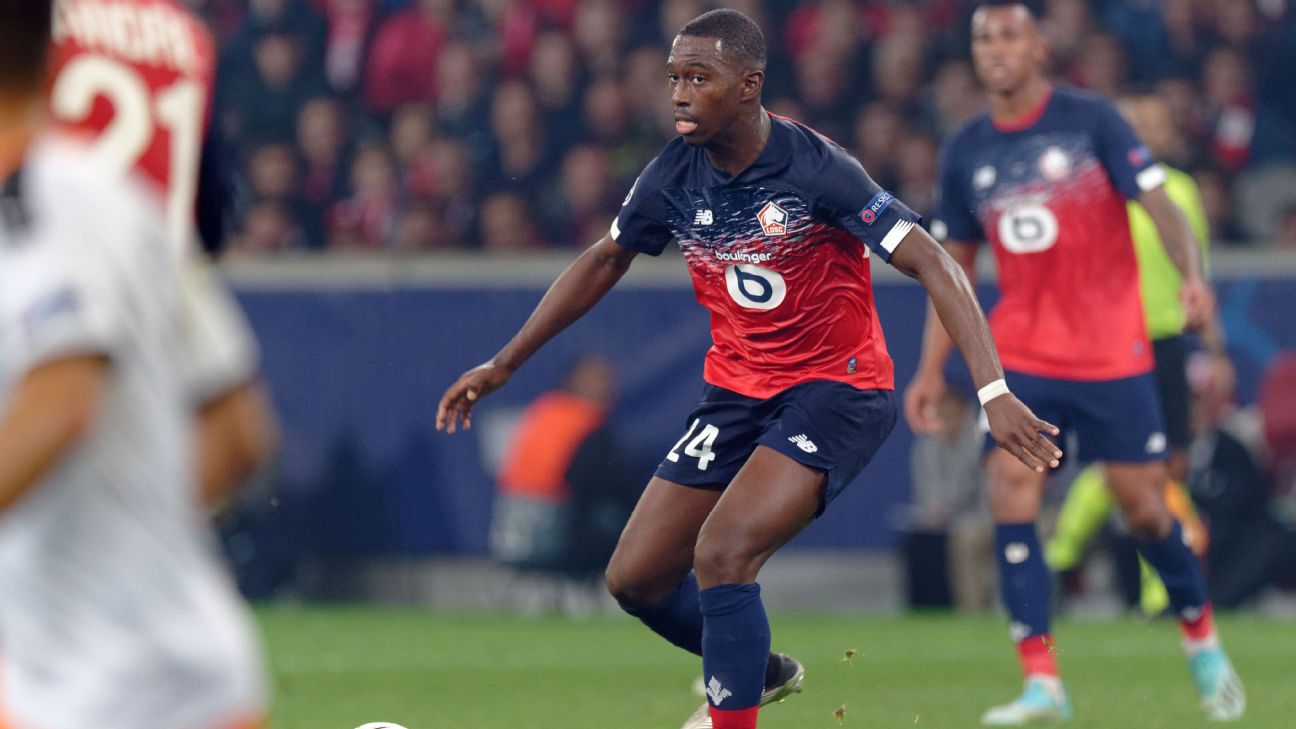 Soumare, 20, has represented France at youth levels and plays at Lille. He has been followed for many years by the top European clubs, including United. But the Red Devils are now ready to get the ball rolling to try to recruit him before anyone else. The club has scouted him several times this season, including against Valencia last week in Champions League group action where he had an outstanding performance in Lille’s 1-1 draw with Los Che.

United see Soumare as a potential heir to Paul Pogba in the midfield, with both players sharing similar profiles. With Pogba’s long-term future uncertain at Old Trafford, Soumare has impressed this season with his activity, physicality, and technical skills for someone his size.

However, United are not looking to immediately replace Pogba, who has three years left on his contract.

– Pogba out until Dec. with ankle injury

Soumare also ticks the box of young, talented players that the club has recently signed such as Daniel James and Aaron Wan-Bissaka.

Soumare, born in Paris, spent time at the Paris Saint-Germain academy before joining Lille. He has represented France in every age group since he was 15. His deal expires in the summer but Lille are hoping that he will sign a new deal before a potential exit in June.

He is rated at around €35 to 40 million. If he doesn’t extend his contract, however, he could be signed for nothing from January.

Lille’s business plan is to sell their best asset every year. They did so with Nicolas Pepe, Rafael Leao and Thiago Mendes last summer.

If he joined Old Trafford, Soumare could team up with another possible United recruit in Moussa Dembele.

United have showed an interest in the Lyon striker for many years now, following him closely when he was at Fulham and at Celtic.

The former PSG academy graduate, like Soumare, is doing well in Ligue 1 with Lyon where he scored 22 goals in 43 league matches since moving from Scotland in August 2018, including seven goals in 10 matches in Ligue 1 this season.

At 23, he would fancy a return to England, especially at a top club like United. Ole Gunnar Solskjaer is a big fan of his and wants a striker in January. Lyon spent €22 million on Dembele just over a year ago and have declared him not for sale.