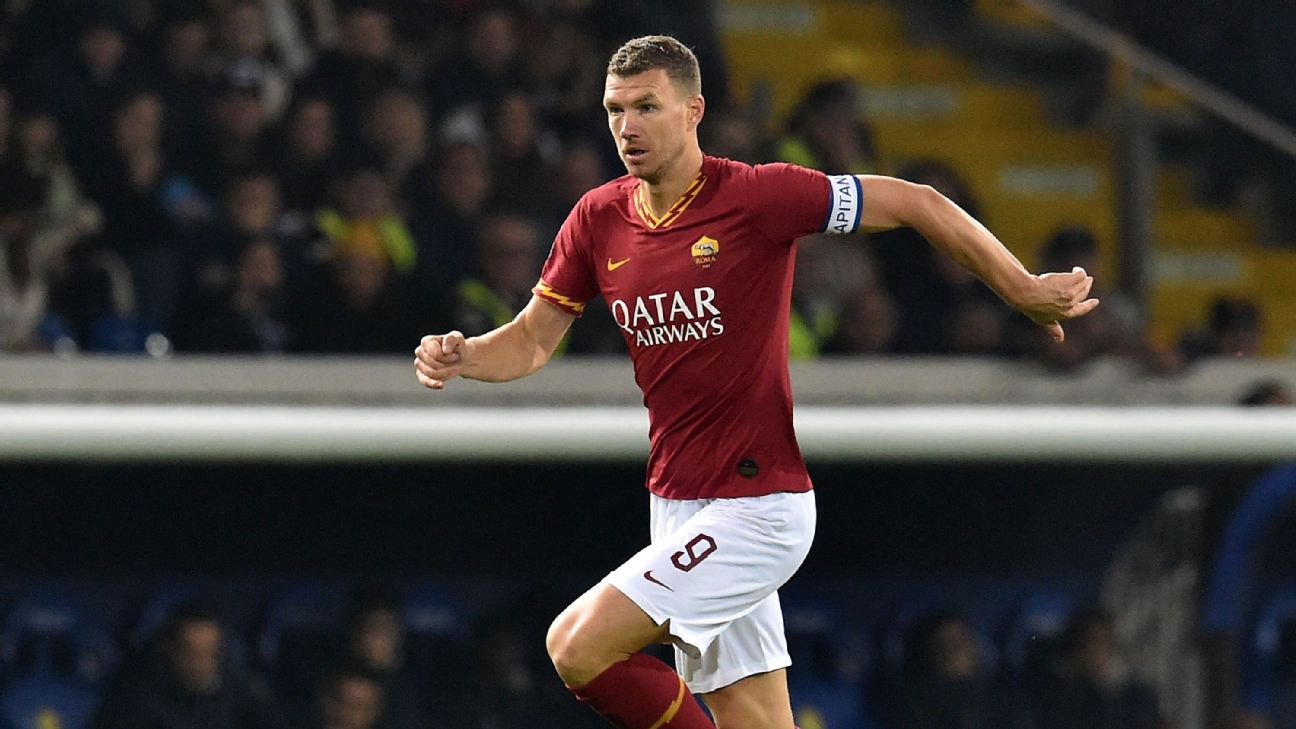 Manchester United are considering a January move for AS Roma striker Edin Dzeko after identifying the need for experienced reinforcements to the squad’s attacking options, sources have told ESPN FC.

United manager Ole Gunnar Solskjaer said earlier this month that the club will only make signings in January if they can offer long-term solutions at Old Trafford.

But sources have told ESPN FC that, despite the recent form of Marcus Rashford and Anthony Martial and the emergence of 18-year-old Mason Greenwood this season, Solskjaer is determined to add a proven goalscorer during the transfer window — and former Manchester City striker Dzeko has moved ahead of Juventus’ Mario Mandzukic on United’s list of targets.

The club were close to completing a £14 million move for Mandzukic, 33, in August before shelving the deal. United have retained a tentative interest in the Croatia international, who is yet to kick a ball for Juventus this season.

Mandzukic’s inactivity has prompted United to shift their focus elsewhere, however, and Dzeko, also 33, has emerged as a leading target due to his Premier League experience with City — the Bosnia international scored 50 goals in 130 league games for the club — and recent form with Roma, where he has netted six goals in 15 appearances so far this season.

– ESPN Premier League fantasy: Sign up now!
– When does the transfer window reopen?

Ed Woodward, United’s executive vice-chairman, has moved the club away from signing players in their late 20s and early 30s following disappointing investments in Bastian Schweinsteiger and Nemanja Matic in recent seasons.

But with Solskjaer’s forwards all in their early 20s, sources have told ESPN FC that Woodward is prepared to sanction the signing of a seasoned forward, such as Dzeko or Mandzukic, due to the potential short-term benefits of such a move.