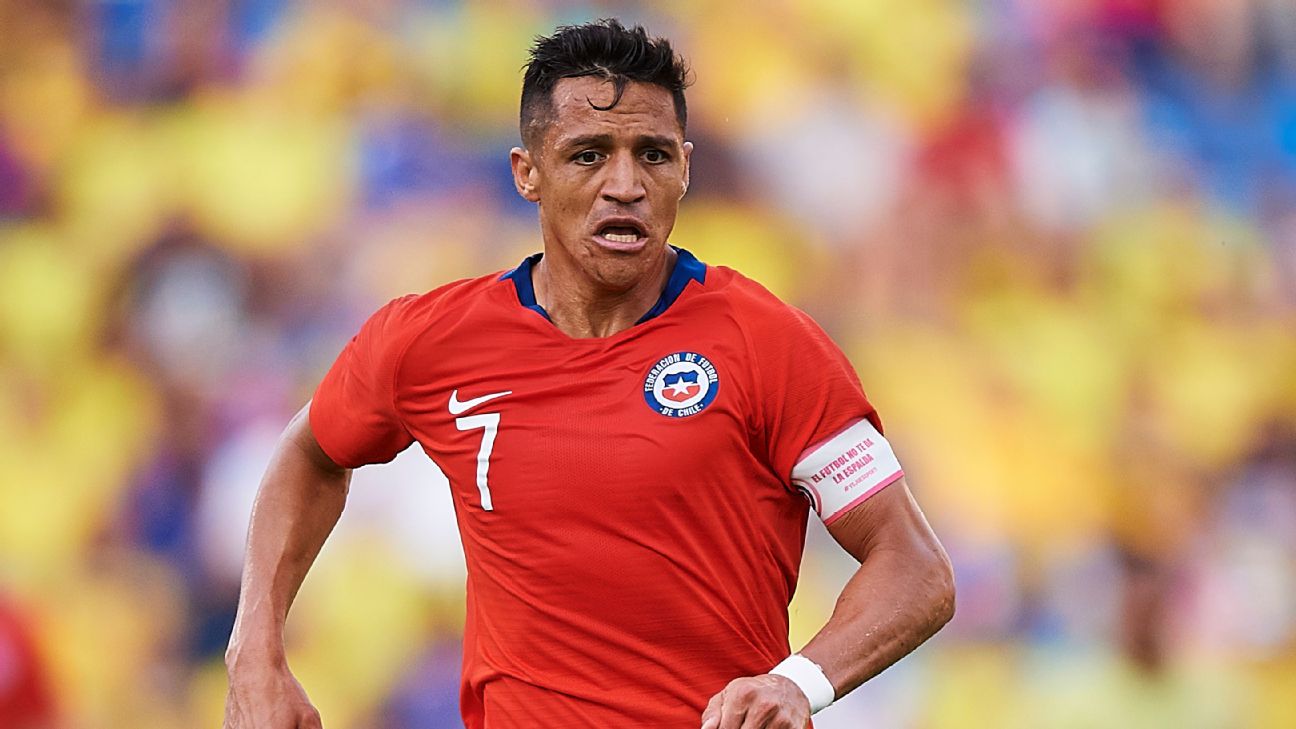 Inter Milan forward Alexis Sanchez has undergone surgery on his left ankle and sources have told ESPN FC he is expected to miss the remainder of the calendar year.

The on-loan Manchester United man suffered an ankle injury during a clash with Juan Cuadrado in Chile’s friendly with Colombia.

Initial fears over the injury have been confirmed and sources have told ESPN FC that Sanchez will face a lengthy spell on the sidelines.

“Alexis Sanchez, this morning, saw professor Ramon Cugat in Barcelona for a consultation,” a statement read. “The visit confirmed the diagnosis of Inter’s of Inter’s medical staff and it was decided to proceed with surgical intervention of the left ankle.

“The surgery of the peroneus longus tendon was then performed in the afternoon and was carried out to perfection.”

Inter forward Sebastiano Esposito, 17, has been left out of the Italy squad for the upcoming Under-17 World Cup which begins on Oct. 26 as Sanchez’s injury has meant he may be needed as cover for the first team.

Sanchez joined Inter on a season-long loan in the summer and made late substitute appearances in the 1-0 wins over Udinese and Lazio.

The 30-year-old’s first start came away at Sampdoria where he scored before a sending off for two bookable offences saw him suspended for the top-of-the-table clash with Juventus, which Inter lost 2-1.

Sanchez also started the 2-1 defeat to Barcelona in the Champions League.