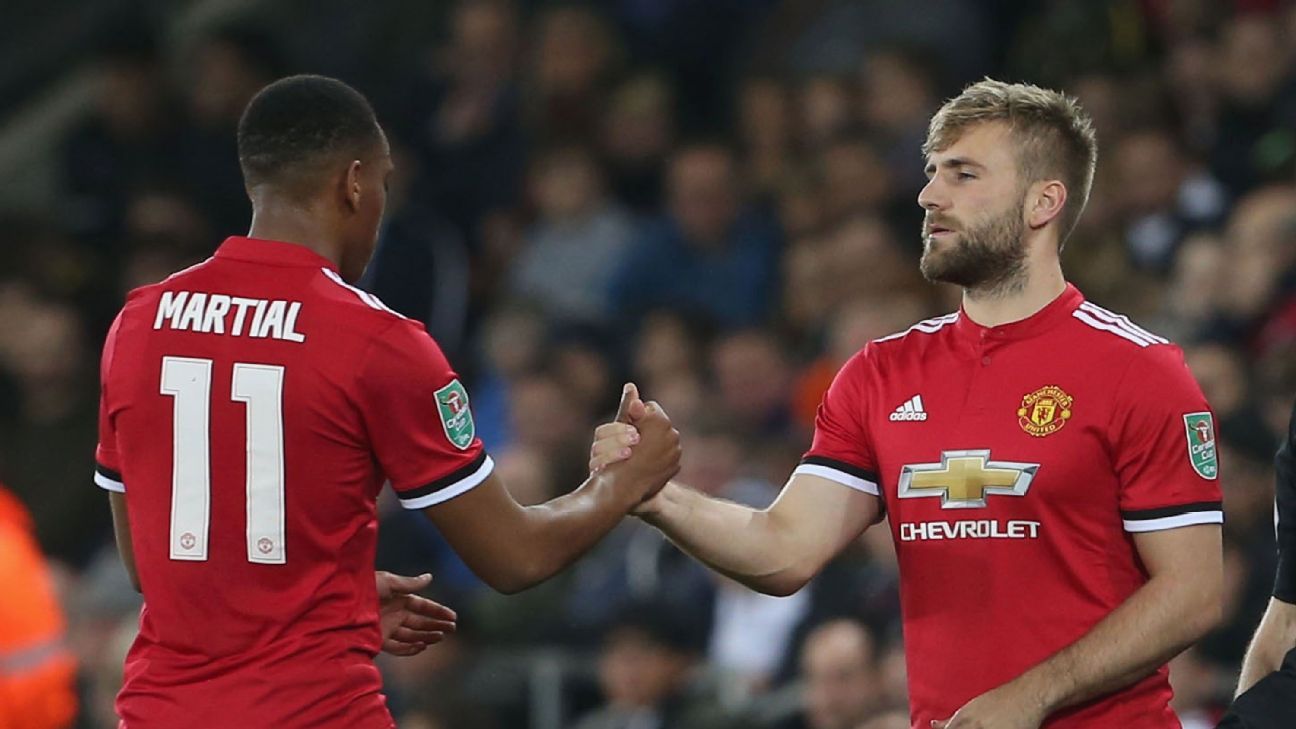 Manchester United manager Ole Gunnar Solskjaer is sweating on the fitness of defender Luke Shaw ahead of Liverpool’s visit to Old Trafford on Sunday, sources have told ESPN FC.

Shaw, 24, has not played since suffering a hamstring injury during the defeat to Crystal Palace in August and despite returning to training before the international break remains a doubt to face Jurgen’s Klopp’s table-toppers.

The United manager is hopeful of having Anthony Martial available for the first time since August with the Frenchman expected to return to training following a thigh injury.

Midfielder Paul Pogba will be assessed this week after he was forced to wear a cast on his right leg to aid his recovery from a foot injury picked up during the 1-1 draw with Southampton on Aug. 31.

Aaron Wan-Bissaka is set to be fit to face Liverpool after missing the past three games through illness but Jesse Lingard remains doubtful after suffering a hamstring injury against AZ Alkmaar.

United face Liverpool looking for their first league win for more than a month. Defeat at Newcastle before the international break left Solskjaer’s side 12th in the table just two points clear of the relegation places.