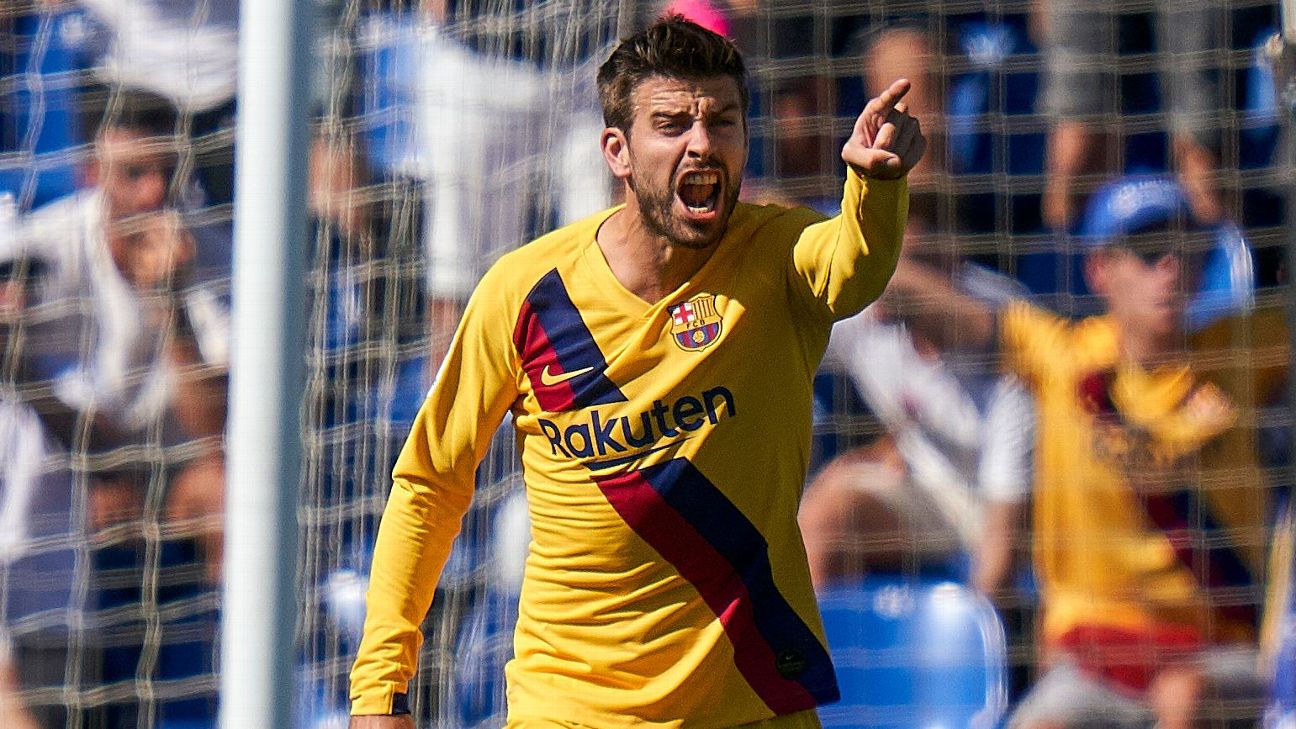 Gerard Pique will hold talks with Barcelona president Josep Maria Bartomeu as tensions escalate between the players and the board at the Spanish champions, sources have confirmed to ESPN FC.

Spanish radio first reported that Pique and Bartomeu would hold a meeting on Monday to discuss the defender’s recent comments. Sources consulted by ESPN FC could not confirm that a meeting would take place, but did say they will speak at some point.

Pique and Bartomeu have a good relationship and chat regularly regardless of the recent friction; Pique helped the club bring in their main sponsor, Japanese company Rakuten, and Bartomeu appreciates everything the Spain international does for the club on and off the pitch.

However, Pique appeared to take aim at the club’s hierarchy last Saturday, when he said the players knew who were writing certain things in the local press, even if someone else put their name to the articles.

It’s widely believed that the centre-back was alluding to a story which had appeared in Mundo Deportivo last week, claiming that the players have taken on too much power at Camp Nou. The suggestion was that the board, led by Bartomeu, were behind the report.

Just days earlier, Pique had also criticised the decision to travel to both Japan and the United States during a hectic preseason. He said an excess of travel and a lack of training had not helped Barca at the start of the campaign.

Sources have told ESPN FC that Pique’s comments have not gone down well with the directors at the club, at a time when Barca are trying to rebuild their season on the pitch.

With Lionel Messi injured — having started just one game so far this term — Barca have made their worst start to a league campaign in 25 years.

However, back-to-back wins — the latest coming at Getafe on Saturday — have steadied the ship for now ahead of matches against Inter Milan and Sevilla this week.

The board’s failure to complete a deal for Neymar is also said to be among the players’ grievances.

Pique, speaking during the summer tour of the U.S, revealed he was keen for the Brazilian to return to Camp Nou. Barca, though, failed to match Paris Saint-Germain’s demands for the player, with Messi later telling SPORT he was unsure the club “did all they could” to make the deal happen.

It’s not the first time Pique, who has previously suggested he’d like to run for Barca president one day, has needed clear-the-air talks with Bartomeu. The two also spoke after Pique’s company produced the documentary which saw Antoine Griezmann turn the club down last summer.