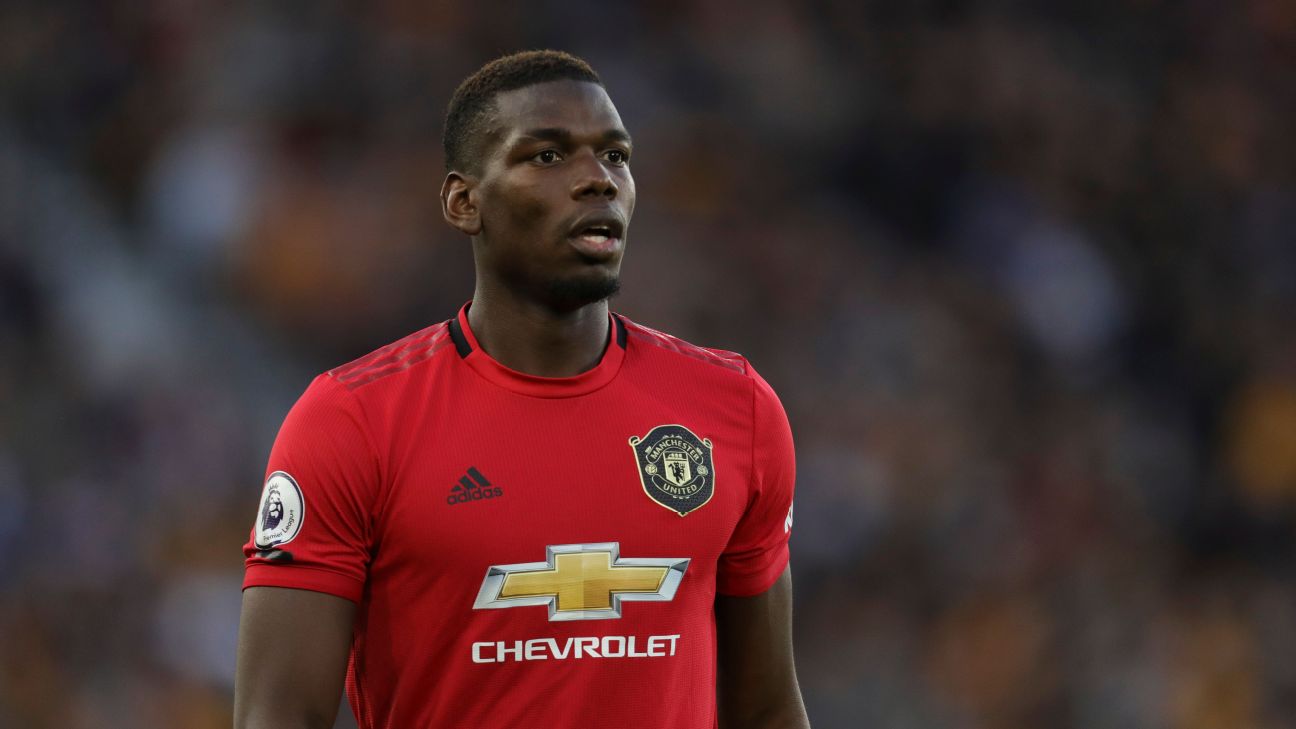 Manchester United are keen to sit down with Paul Pogba’s agent Mino Raiola to discuss a contract extension in the coming weeks, sources have told ESPN FC.

Pogba still has two years left on his deal with an option for a third season, which can be triggered by the club only.

After agreeing new terms with David De Gea and giving an extension to centre-back Victor Lindelof, they are now ready to turn their attention to Pogba, who moved to United for a then world record £89.3 million in 2016.

It could prove tough, though. The former Juventus star expressed publicly that he wanted to leave in the summer.  His desire was to move to Real Madrid but the offer never came, despite Zinedine Zidane making him his priority, and he ended up staying.

United will have to convince the midfielder he would do the right thing by committing his long term future to the club. Raiola has a good relationship with executive vice chairman Ed Woodward, and sources have told ESPN FC that while Pogba would like to move to Madrid, he has not ruled out signing a new contract at United.

The Old Trafford outfit see the 26-year-old, who will miss Sunday’s Premier League clash with West Ham with an ankle injury, as a key part of their project both on and off the pitch, notably including his status as the most important asset in the club’s marketing strategy.