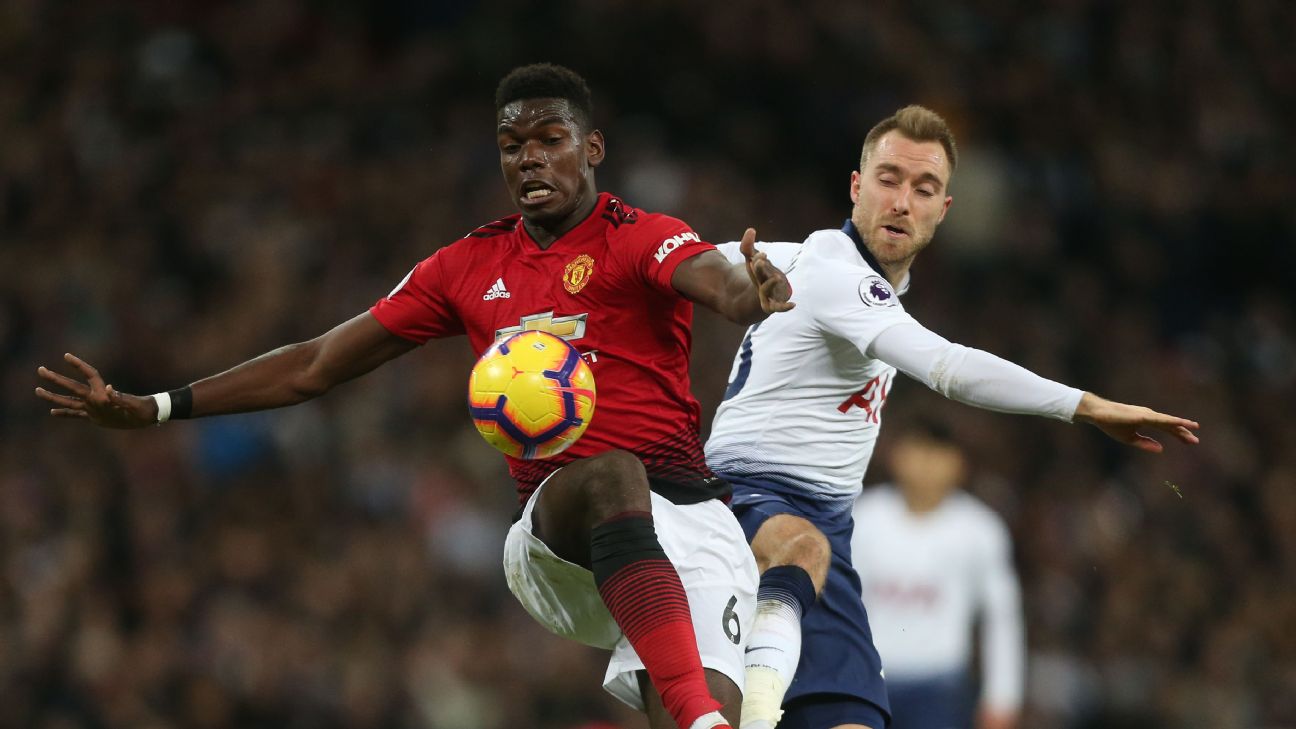 Zidane made public his admiration for Pogba, but Madrid were unable to meet United’s valuation. Eriksen, who hinted at a Spurs exit in the summer, is in the final year of his contract.

Injuries in midfield have hampered Madrid this season and sources have told ESPN FC Perez believes an offer of €30 million for the Denmark international could be enough to seal the deal in January.

One potential stumbling block, though, is that Eriksen would prefer a summer move as he could then request a higher signing-on bonus as there would be no transfer fee.

However, according to ESPN FC sources, Zidane still has his heart set on signing Pogba.

Despite having been told by Perez that United refuse to sell Pogba, Zidane is unconvinced as he believes his compatriot has a strong desire to make the switch to the Bernabeu.

Perez is hoping to convince Zidane the club need to sign a player with Eriksen’s profile in order to get the deal through in January.

Meanwhile, Madrid will also be looking to offload players in January with Mariano a player looking to leave while Brahim Diaz could also go out on loan.