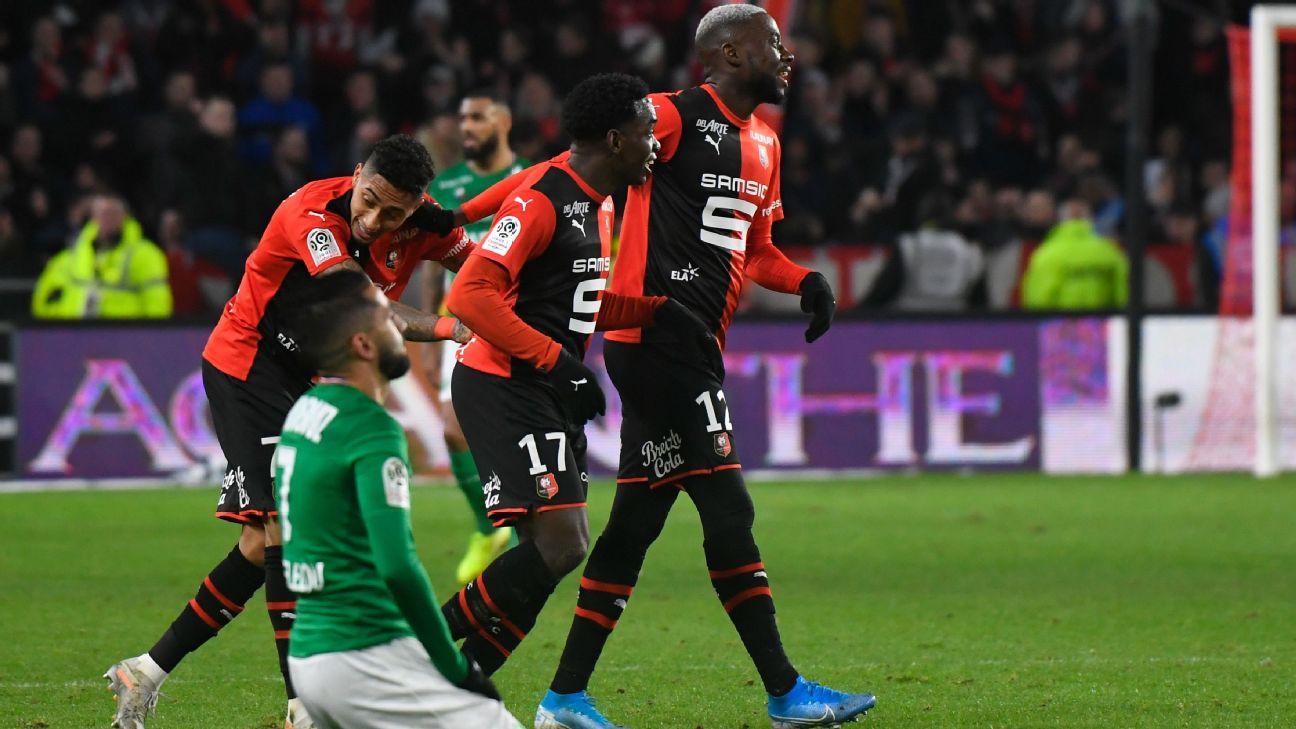 St Etienne suffered their first defeat under coach Claude Puel when they slumped to a 2-1 loss at Stade Rennes after a last-gasp goal from Damien Da Silva in Ligue 1 on Sunday.

Lois Diony‘s opener was cancelled out by Raphinha in the first half and Da Silva netted the winner for the Brittany side four minutes into stoppage time as Les Verts ended the weekend in ninth place on 22 points from 15 games.

St Etienne trail second-placed Olympique de Marseille by six points and leaders Paris St Germain, whose game at AS Monaco on Sunday was postponed because of bad weather, by 11.

Nantes moved up to sixth on 23 points, thanks to a 2-1 home win against bottom side Toulouse.

St Etienne were second-bottom when Puel took over eight weeks ago and had picked up 14 points from six games under their new coach before Sunday’s defeat.